Every Call of Duty game releases four DLCs that introduce a new gun, four maps, and sometimes something extra special. In Ghosts, it was a new level for Extinction, this time around the popular Zombies’ mode returns. It’s been far too long since I’ve played zombies and I couldn’t be more excited to experience it. This also made me a little worried that they would have changed what I loved about the mode. I’m happy to report I love Havoc’s Zombies almost as much as I do the original. More problematically, have you noticed I have only talked about Zombies in the intro? There’s a reason for that.

The gun you receive with the purchase of Havoc is called the AE4 and it is a laser gun (okay, direct energy assault rifle, but I’m calling it a laser gun). It is extremely accurate and powerful. It does well at medium to long range and its low recoil makes it an even better gun to use for distance. Since it fires laser bullets, you do not need to reload the gun, but it can overheat if you spray too long. As long as you fire in bursts, you literally will never have to reload the gun, making it a real powerhouse if used correctly. The only drawback is the slow rate of fire, and it cannot penetrate walls. It’s not exactly my type of weapon, but I certainly recognize its capabilities. 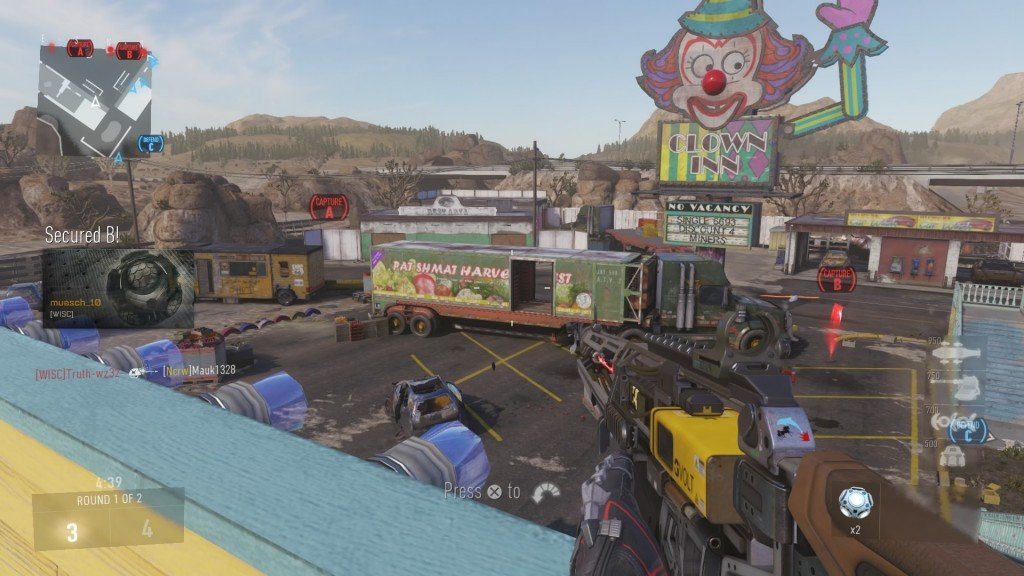 The first map I’ll discuss is also my least favorite. It’s called Sideshow and it takes place around a rundown clown motel. It’s a fairly large map with big, wide open spaces. One sniper can cover a majority of the map if they are in the right position. For that reason, I hate this map. Too often this map becomes a sniper duel between teams and anyone in the open is done for. There is only one side you can sneak your way around in a trench, but it only takes one person to guard that side making it almost impossible to cross the neutral zone. To make it worse, you’ll get snipers on the rooftops, and shotgunners just sitting inside. It’s my biggest nightmare. Admittedly, there are some games that don’t fall into this category and they can be great fun. The unique aspect of Sideshow is the clown billboard in the middle will start to laugh and shoot out cartoon bombs from its head. You can pick up these bombs and throw them at enemies. They explode on impact and have a wide radius making them pretty deadly. 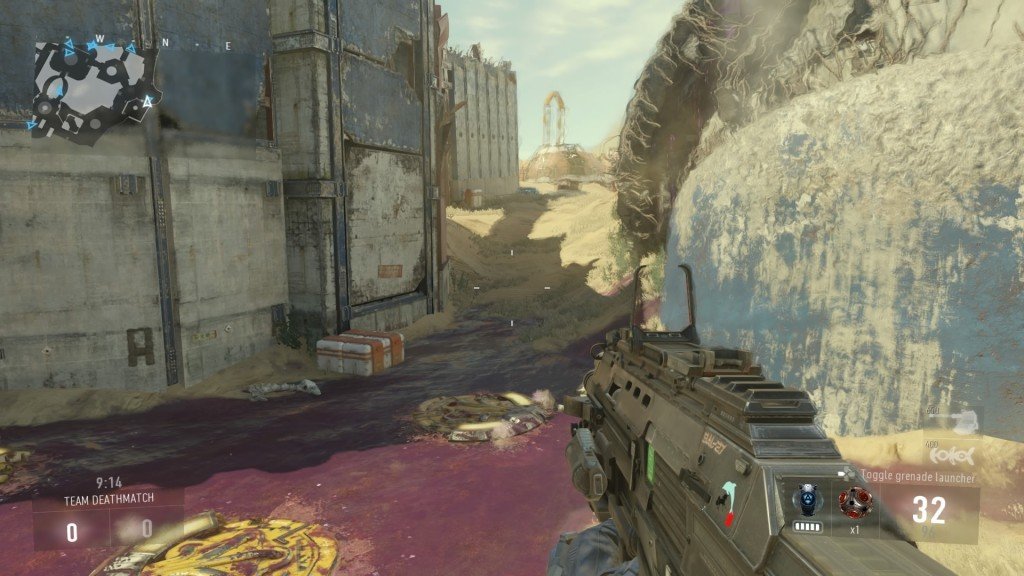 My second least favorite map is Core. This takes place in the desert with one main circle in the center for players to run to and most likely die immediately. You can work your way around the outside and have a fighting chance to survive. The map features close-quarter sections but still a few areas with length for long-ranged weapons. The sight-lines aren’t absurd like Sideshow though, so you don’t have to worry about every angle at once—just a couple. A special care-package will allow you to activate A.I. controlled drones that appear all over the level. They are big, slow, and easy to shoot making them virtually useless unless someone isn’t paying attention. I never died by one and I never managed to get a kill with one. They’re cool to see and a little nerve-wracking at first, but then their danger disappears as you realize it only takes a handful of bullets to destroy the cumbersome machines. 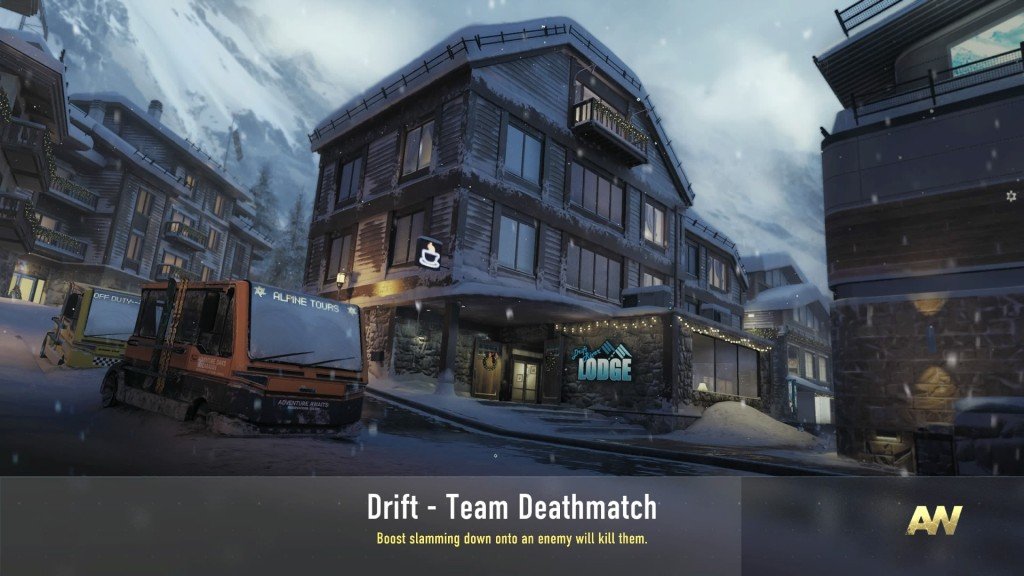 Drift takes place in a snow-covered shopping area with Christmas lights to give it a festive mood. It’s got plenty of room indoors and outdoors and while it is a medium sized map, the central location keeps the combat focused. There are multiple levels and the map works best when you navigate it well. Running around on the ground will get you killed pretty quickly, but being able to boost into the air from rooftop-to-rooftop or backwards boost into an open window makes the level far more enjoyable. About halfway through the map an avalanche will occur. It’s not really that exciting and only changes a little of the map.

My favorite map is Urban. I’m bias because it fits my run-and-gun playstyle perfectly. It’s a very small square map that’s as basic as they come. You have two buildings with windows facing each other, two open areas between them, and two lanes on each side of the map. You will find action almost as soon as you spawn and every match I played on Urban was fast-paced and intense. There are doors that open as the match progress to make new routes available. 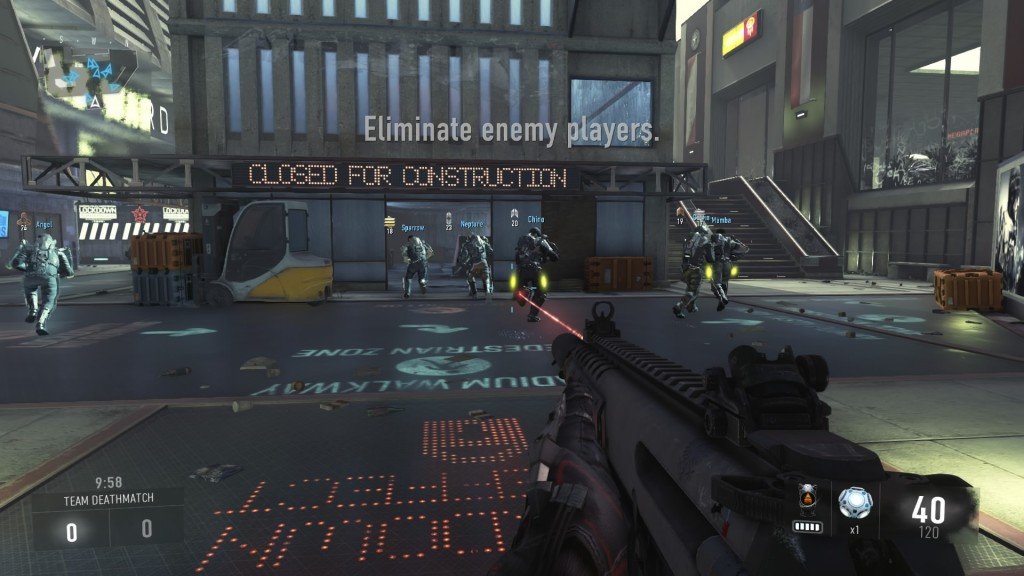 Overall, the maps aren’t anything out of this world. They are okay. The only one I really don’t like is Sideshow, and even then I can still bare it. They are mostly well-designed, well-detailed, and well-thought out. I was a little troubled by how poor some of the spawns were however. Advanced Warfare was pretty good about proper spawn points, but as I played Havoc there were more than one occasion where I’d spawn and immediately die. I’ve seen worse, but it is certainly worth mentioning. The maps are still fun, but I won’t claim they are necessary to purchase Havoc. What’s necessary is the Zombies’ mode.

Zombies makes its return and it is as glorious as the Zombies you all know and love…almost. It isn’t as good, but I’ll get to that later. For now, understand it is a lot of fun and it is what I’ve been spending a majority of Havoc playing. As one would expect, you start with a pistol, buy new guns, and advanced through the endless waves. In that way, it isn’t anything remarkably new, but fans of the original zombies will get that nostalgia kick immediately.

The fun really comes when you turn on the power and find the mystery box, which is now a 3D printer. It’s a creative update but still the same risk/reward system that feeds gambling addictions. The mode gets more exciting when you get to the exo-suits and you can start receiving perks like faster reload and double health. There are new touches to set it aside, the biggest one is fighting zombies with their own exo-suits. My favorite new feature is how you can be contaminated and you’ll die after 60 seconds if you don’t get to the decontamination room fast enough. These small updates make the mode feel new, even when most of it is recycled from the old modes. Not that this is a bad thing, because everything they recycled feels great. 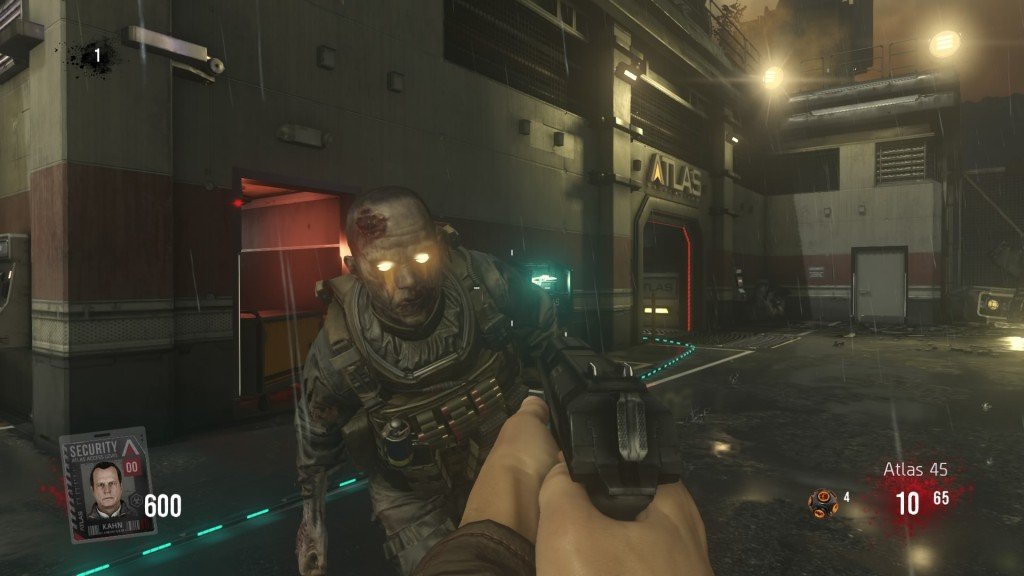 The addition of John Malkovich, Bill Paxton, The Walking Dead’s Jon Bernthal, and Rose McGowan from Charmed was clearly for the hype-train and nothing else. Besides a random line here or there, you forget who you even are. They could’ve been faceless zombies and it wouldn’t have made a difference, but that is one of my biggest issues with Havoc’s Zombies’ mode. There isn’t that personal uniqueness to the Black Ops Zombies.

Listening to the crazy Scientist laughing at you in Black Ops II always earned a chuckle from me. The original Black Ops with Kennedy, Castro, Nixon, and McNamara spurting off crazy lines was random and hilarious. Dempsey and Nikolai shouted lines that I still quote to this day. “Even a blind squirrel is right twice a day.”  Zombies is an intense mode, but the characters made it far more enjoyable. Even the names of the perks like “Pack-a-Punch” and “Double Tap Root beer” gave zombies a certain amount charm and character that made it go above and beyond (I know everyone remembers the Quick Revive Cola song). Havoc tries to be serious, and it is for sure, but in that seriousness, it loses all personality that Call of Duty: Zombies has become known for. 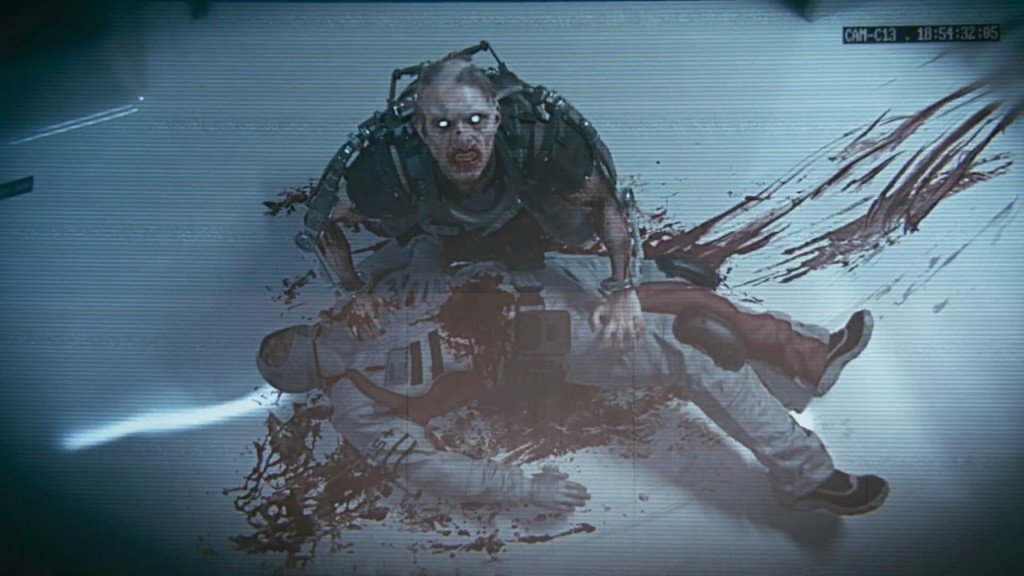 Havoc is as typical as COD DLCs come. You get an okay gun, some decent maps that are entertaining but not must-plays by any means. I don’t regret purchasing Havoc for one reason. The Zombies mode has made its return and I love ever second of it. It may not be as great as the previous Zombies, but it is still a great, fun, riotous good time. If you love Zombies, go ahead and get Havoc, but if you only want new maps, you could skip Havoc and be content with Advanced Warfare as is.

This review is based off a retail copy of the Playstation 4 version of Call of Duty: Advanced Warfare -Havoc DLC developed by Sledgehammer Games and published by Activision.