Minecraft: Story Mode’s main story arc seemed to wrap up in the fourth episode, so I was both concerned and optimistic to see a new story unfold in the fifth episode. Luckily, Order Up!, the last story in the five-episode main season and intro to the forthcoming new three-episode arc, ditches what hadn’t been working in the previous episodes and focuses on the strengths that the series has had so far. This translates into not only the best episode of Minecraft: Story Mode so far, but one of my favorite games I’ve played this year. 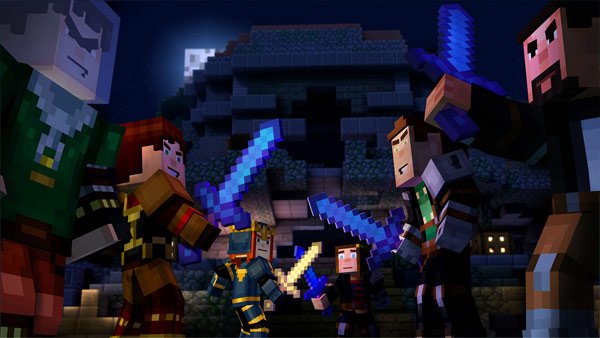 Like I mentioned before, the main story arc wrapped up in episode four, so this episode picks up with the new order of the stone adventuring into a forest fortress to find an item that previously-evil-but-now-ally Ivor has sent them to retrieve. Jesse and company find the item, which tailspins into a new conflict with Lukas’ old crew, who are led by Aiden and now refer to themselves as the Blaze Rods. Aiden takes the role of the main bad guy in this episode, and he’s certainly become more threatening since we last met him. Aiden steals the rare item Jesse found, which opens up portals to other worlds, and takes it with him into one of these worlds. Jesse and his friends follow them through in order to stop whatever evil plan Aiden has up his sleeve.

Almost the entirety of Order Up! takes place in this alternate dimension with a city in the sky led by a mysterious leader named “The Founder.” Freely building in the city is strictly forbidden and is under constant surveillance by those in power. Jesse and his friends discover an underground building club (Rule 1 of build club is nobody talks about build club) that views Jesse’s group as an opportunity to overthrow The Founder and take her building tool, known as the ever-source, in order to let the people build freely. This story dynamic of evil overlord versus underground freedom fighters is a tried and true storytelling outline, but it’s filled with enough top-notch humor and surprisingly dark encounters that keep it exciting. 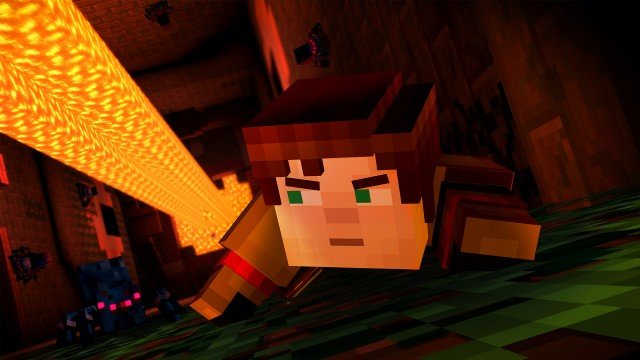 Order Up! ditches Axel and Olivia after just the first chapter and instead focuses on the group of Jesse, Lukas, Ivor and Petra as they enter a portal into a new world to follow Aiden and his henchmen. Focusing on these standout characters and ditching, arguably, the least interesting characters heroes in Minecraft: Story Mode makes every interaction so much more meaningful this episode. The over-sized cast had been an issue since the first episode, but now that it’s been trimmed down – at least for this episode – almost every character benefits from it. Those who have played the previous four episodes may be thinking: wait, Ivor? But he arguably steals every scene he’s in this time around. The uneasy relationship between Ivor and the order of the stone leaves an undertone of tension, but Ivor also delivers some of the best lines in the entire series that made me laugh out loud.

While this episode stands on its own with an engaging one-off story, it’s a great promise for things to come in the next three episodes. Order Up!’s story wraps up in within its one and a half hour long ride, but pieces of this story and a mild cliffhanger leave an alluring set of possibilities of where the Jesse’s adventures can go from here. 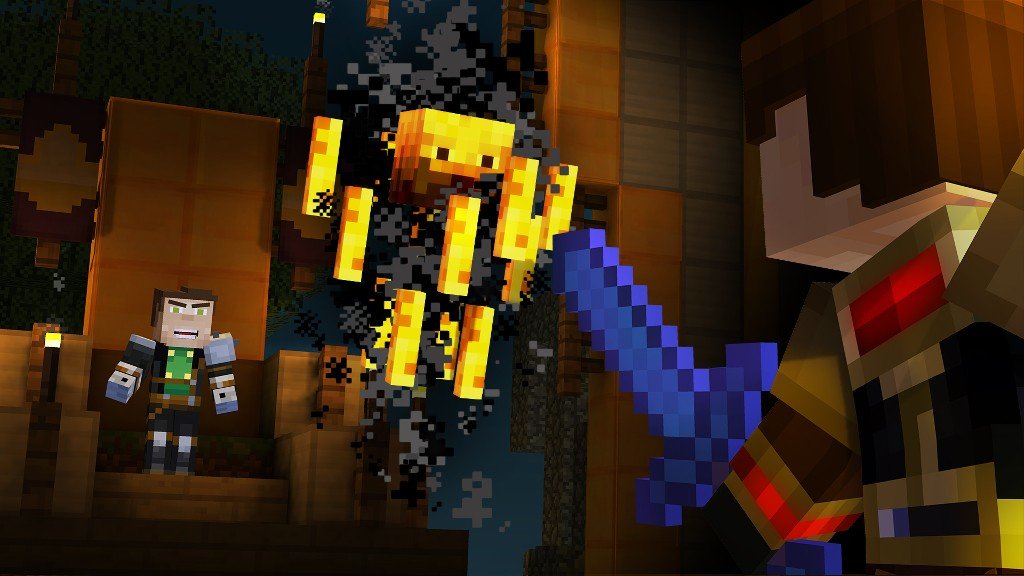 Few technical issues arise in this episode, but little hiccups here and there are still persistent. Transitions between scenes, like in plenty of Telltale Games, are still an issue. Although comparing these issue from the first season of The Walking Dead up until now are night and day, it’s still a nuisance that needs to be fixed sooner rather than later.

Order Up! brings more humor, drama, and likable characters into the fold to craft Minecraft: Story Mode’s best episode so far. This episode focuses on all the strengths of the Wither Storm story arc and tosses aside what didn’t work and shows off how enjoyable Minecraft: Story Mode can be when it hits its stride.