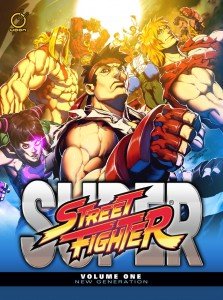 Street Fighter : Volume One New Generation is a graphic novel from Udon Entertainment that details the events after Street Fighter 4 and before Street Fighter 3. Volume One‘s main plot begins with the unexplained disappearance of one of Guile’s field agents inside the cult-like group, The Secret Society. The last transmission received before the agent’s disappearance was a list of names, one of which was Ryu. As a result, Guile travels to Japan in search of Ryu and answers. Along the way he meets several familiar faces such as E. Honda, Dan, Ken and Sakura. Additionally, Zangief, R. Mika, El Fuerte, Dhalsim, Hakan, Alex, Dudley, Lord Gill, Urien, and a few others make appearances. 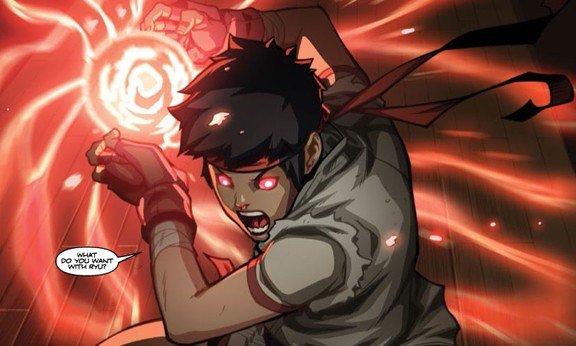 Street Fighter: Volume One is full of color, action and over the top fight scenes; it’s style is perfectly suited for comic books (and graphic novels for that matter). The story not only stays true to the game, it also has personality. One such example is when E. Honda stands before the Olympic committee to request that sumo wrestling be an Olympic sport. Hakan then contends that Turkish oil wrestling should be an Olympic sport, as well. As a result, an argument breaks out between Honda and Hakan and a massive brawl ensues over what sport to include in the Olympics. Who says fighting doesn’t solve anything?

The cast of veteran fighters is impressive, but so is the cast of veteran artists and writers. The main plot line of Street Fighter: Volume One features the writing of Ken Siu-Chong and the artwork of Jeffrey “Chamba” Cruz, both of whom are veterans to the Street Fighter series. Additionally, the side plots feature the artwork of Long Vo and Gonzalo Ordonez Arias among others; Jim Zub, Chris Sims, and Ken Siu-Chong contribute the story for the side plots. The book also comes with 44 pages of character sketches from each of the artists. In particular the Sakura, Ibuki and Juri sketches by Omar Dogan show imaginative costume design and look amazing. 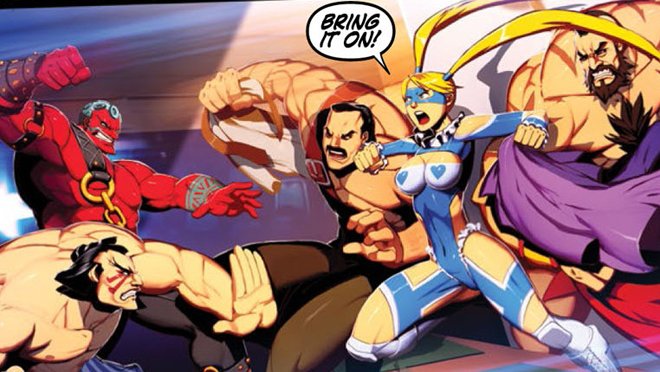 Although the side plots add personality to the novel, some fans may be turned off by them, because they have little to do with the main plot. However, the side stories inject more personality into a novel already loaded with it. They also serve to fill out details of the Street Fighter world such as the details of Juri’s origin. Even if readers choose not to read the side stories, because they aren’t critical to the plot, they’ll want to take a look at the impressive artwork in each of these chapters. Overall, Street Fighter: Volume One New Generation is a beauty to look at and a quick, lighthearted read. It’s an enjoyable novel that further fills in the details of the Street Fighter Universe, and is worth picking up for any fan of the series.