When you think about some of the best and far-reaching strategy games out there, most gamers are going to immediately identify with the Civilization series. This series has single-handedly changed the way strategy games worked for years, and after a lengthy hiatus, we finally get a new game from Firaxis. While this isn’t the traditional Civilization set up, it is more-or-less the spiritual successor to 1999’s Sid Meier’s Alpha Centauri. In other words, we have a 4x strategy space sim that keeps what you love about Civilization and takes it to places the series has never been. It’s ambitious, it’s different and it’s great. 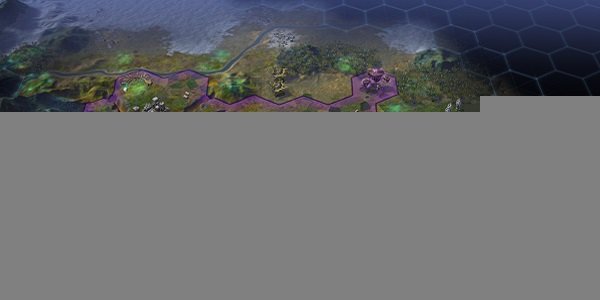 The story of the game is fairly simple but the addition of any story at all is something that was generally left to the players. In Beyond Earth, humanity has exhausted the Earth’s resources and the species decides to stretch to the stars. A number of  nations and consortiums came together to build space crafts to ferry humanity to a new home. You start planning on behalf of one of these entities to make your mark and lead humanity down your desired path.

Aesthetically, Beyond Earth’s presentation is a nice change of pace for the Civilization brand. The sleek sci-fi setting of something other than Earth gives you the feeling that there is a whole new game here. All the new names and updated models make the game look fresh, but once you cut down to the bone, this game is almost too similar to Civilization V. There are many repeated systems from the old game that come back in a different form so if you played Civilization V, this game is going to feel very similar. 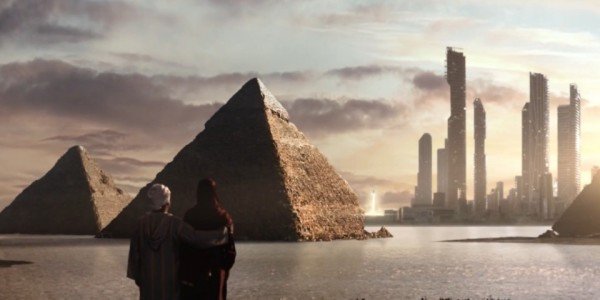 However, while much of the game has a very familiar feel, there are some updates that corrects or reworks some of the issues of Civilization V. For instance, at the beginning of the game you’ll have to make a series of decisions that determines your starting bonus. This bonus can range from a military unit, for those more aggressive and war-like or a medical clinic for those more focused on their populace. No matter what you choose, this starting bonus gives this game a little more customization in the early stages of the game. Back in Civilization V, you always started with a settler and a scout of some kind. With the ability to choose your own starting units or buildings, it adds some depth to your strategy.

In addition, you can choose the parcel of land you start out on which is a big change from Civilization V’s requirement to traverse the landscape to find the best city location. This makes this starting decision less about getting boots on the ground as quickly as possible and more about choosing the best strategic location. This land management system settles the debate of throwing down your capital as quickly as possible versus finding a location with plenty of natural resources. This also tends to level out the competition from the beginning of the game and keeps everyone on a level playing field. 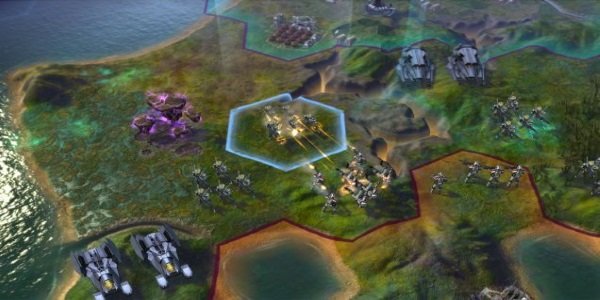 One of the more interesting parts of Beyond Earth is the affinities system in place. Its purpose is to define what your faction’s goals are. First, there is Purity which sets out to teraform this planet to something closer to Earth. Supremacy is more for those looking to dominate everyone else in the game via war. Finally, there is Harmony which allows you to live next to the aliens and use them to help you win the game. They all have their own merits and disadvantages, but they help diversify the game.

Finally, there are quests which is a first for the Civilization franchise. These quest help to guide the narrative of the game along a more linear path. While it doesn’t necessarily become the main narrative for the game, it places situations in front of you to deal with. Based on how you do, you’ll face the consequences for your actions; good or bad. This is an interesting step for Beyond Earth and while it is something new to the series, it goes against the write your own adventure that Civilization was famous for. Whether or not this is a good thing is better left to the individual. 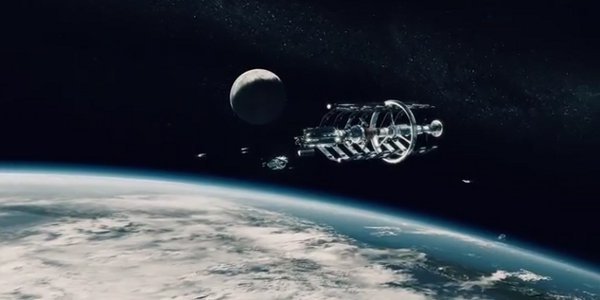 Things sound like they are on the up-and-up when you compare Civilization V to Beyond Earth, but unfortunately there are somethings that feel like a downgrade. For instance, barbarians were one of the most difficult things to deal with in a fledgling civilization. They would always attack you when it was most inconvenient and would damper your success until you got going. While you don’t have to worry about barbarians in Beyond Earth, you do have to worry about aliens and they are everywhere. Not only are they populous, but they are much more powerful than barbarians ever were. If that wasn’t enough, there is a poisonous cloud covering around a third of the planets surface. This cloud will damage humans, if caught walking through the cloud, while is heals the aliens. If you find yourself anywhere near this cloud, it may be time to restart your game.

Combat is one of the most important parts of this game, as it always was in Civilization. However, there seems to be some power balance issues that make this game especially frustrating to play. Cities were always very difficult to take, and for very good reason. However, this time around, cities can be sieged and captured by one or two units within a single turn. This leads to cities being captured and regained almost every turn. This power balance almost forces you to be militaristic rather than peaceful or tactful. You’ll often find yourself trying to get back what you lost rather than pursue loftier goals. In addition, units on the field are more vulnerable than they ever have been before. Units can be taken out with an orbital strike at any time, destroying what took you lots of resources to create. It feels counter intuitive for this series and ultimately hurts the game. 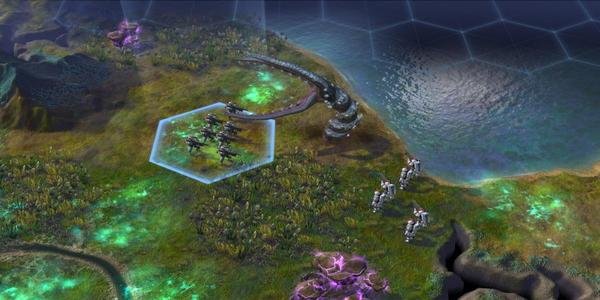 In the end, Beyond Earth relies too heavily on the gameplay mechanics which originated in Civilization V. Making a game that so closely resembles the game before it, begs the comparison between the two whether warranted or not. While this game is by no means a bad game or one that can’t provide any level of enjoyment, it leaves more to be desired than its predecessor did. If you are a big Civilization fan like we are, then by all means purchase this game and enjoy it for what it is. However, if you’ve been looking forward to something completely different, this game is not going to deliver for you.

This review is based on a retail copy of the PC version of Civilization: Beyond Earth developed by Firaxis, published by 2K Games

Did you like this? Share it:
Strategy to the Forefront | Civilization: Beyond Earth Review
Overall Score7
Positives
Negatives
7Overall Score
Reader Rating: (0 Votes)
0.0