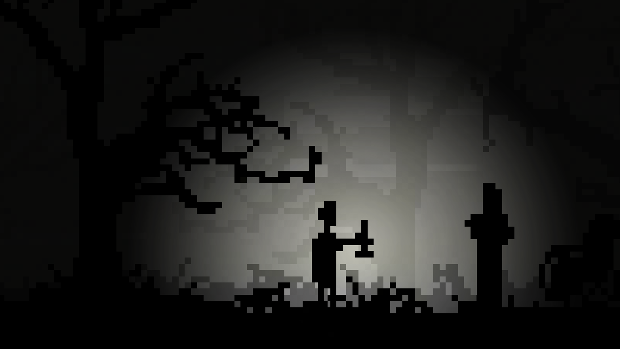 Appearances can be deceptive. Taken at face value, The Last Door looks like a standard NES-quality game that has turned up in the wrong era. But the retro-chic visuals just make the levels of tension and atmosphere that developers, The Game Kitchen, so successfully serve up all the more remarkable. Protagonist Jeremiah Devitt may consist of just a handful of pixels, but through some excellent writing and truly stunning sound design, The Last Door will still have you on the edge of your seat.

This first season of the game has seen us follow Devitt on an unsettling journey into his murky past, dating back to the shady goings-on that he got involved in during his time at a 19th century Scottish boarding school. These final two installments are set to finally add some flesh to the narrative bones and answer some of the many questions raised in the game’s first two chapters. The Four Witnesses sees Devitt wandering around a dank and depressing district of Victorian London in his search for clarity, whilst Ancient Shadows rounds off the first season with our 8-bit protagonist being sent to an old school friend’s house in Sussex to discover once and for all quite what has been going on. 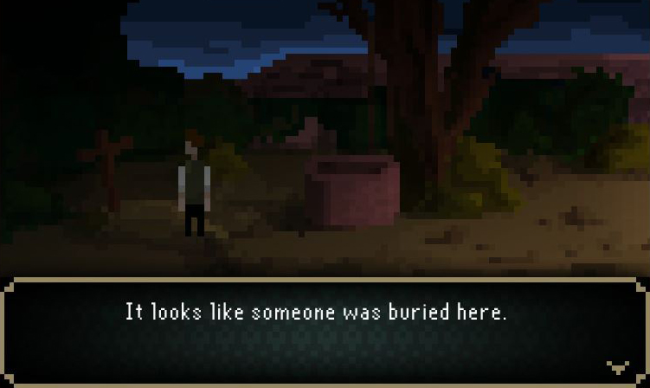 Gameplay-wise, little has changed throughout the four chapters. TLD plays as a basic point ‘n’ click adventure game, complete with inventory management, item-combining puzzles and searching your surroundings for clues. The game isn’t packed with puzzles, instead favoring a focus on exploration and exposition, but the brain-teasers that are present feel like they’ve come on a bit in terms of challenge since the opening chapters. Thankfully, they mainly manage to remain logical, rather than forcing you to resort to a frustrating exercise of trial and error. This is aided by the wise decision to never let your inventory get too bloated, which can leave the player analyzing a horde of items whilst trying to second guess what the developer had in mind when tackling a puzzle. This streamlined approach allows the conundrums to be enjoyable whilst never getting in the way of the narrative for too long. 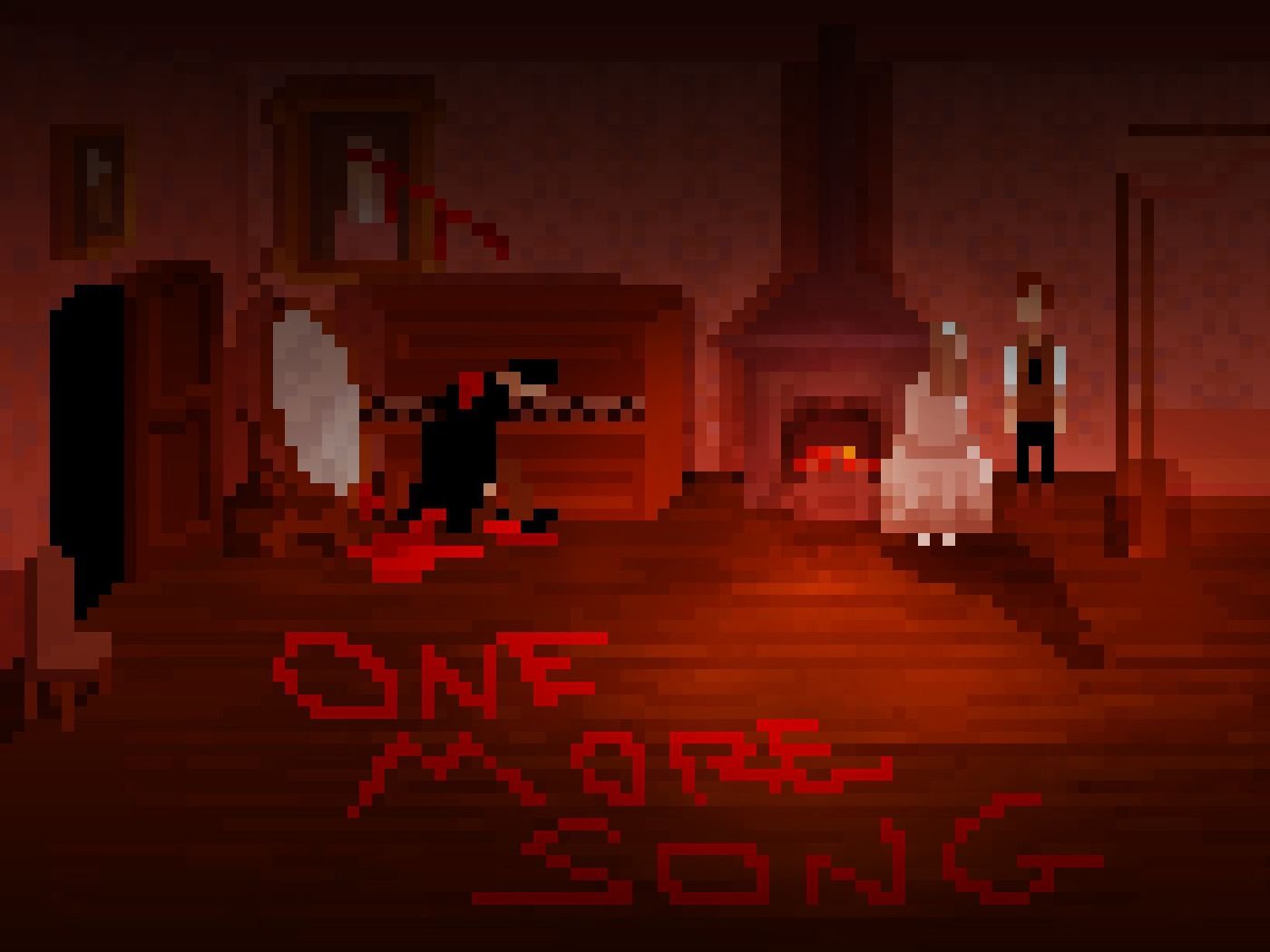 And it really is the atmosphere and story-telling that take center stage in TLD. It has to be said that the game revels in ambiguity: always choosing to unveil another big shock/twist just when answers seem to be waiting around the corner. The characters you meet are full of riddles and seem to have left their sanity behind a long time ago. This certainly keeps things interesting, but may frustrate those who need 100% closure and clarity from a narrative. It’s also apparent that with the recently commissioned second season, The Game Kitchen have held back on revealing all of TLD’s secrets just yet. But as with all good mystery-laden stories, it is usually more about the journey than the destination, with the big reveal often flattering to deceive. So the fact that TLD keeps its enigmatic, “WTF?!” nature intact until the very end certainly works in its favor, and will no doubt keep plenty of gamers eagerly awaiting season two.

As with the opening chapters of TLD, the sound design here is nothing short of sublime. It does such an incredible job that it helps to fill the gaps left by the minimalist graphics. While you may only see a mish-mash of blocky pixels, the haunting orchestral soundtrack and eerie sound effects will have your mind playing all sorts of tricks on you. To look at screenshots of the game, you’d think it unlikely that it could unsettle you to any great degree, but I defy anyone not to squirm at least once or twice whilst playing with the lights off, headphones in, and the sound turned up. 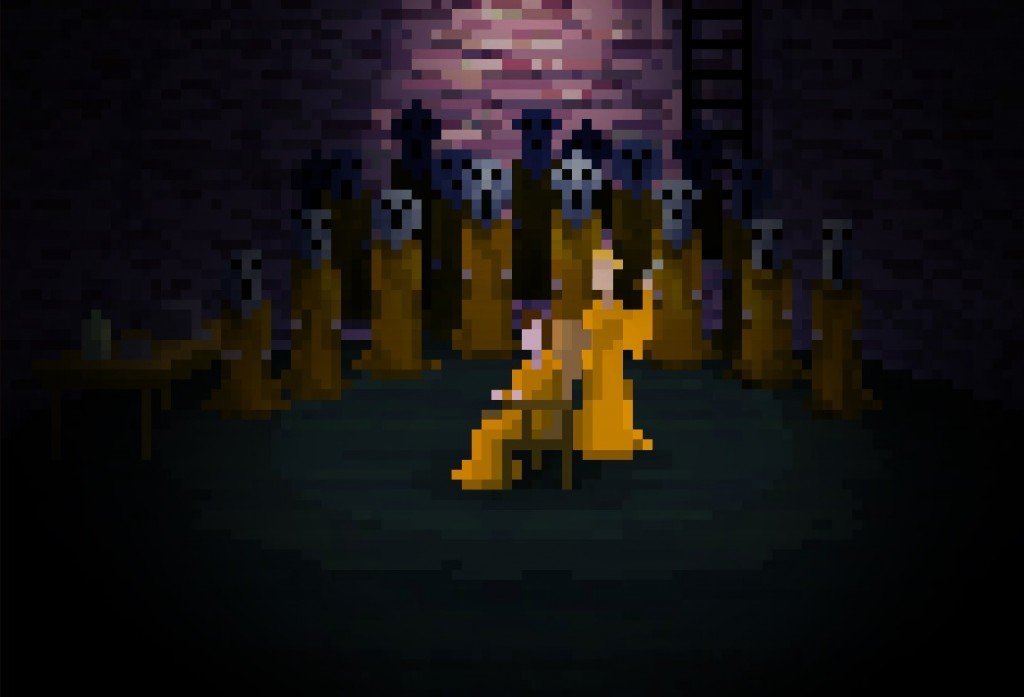 After a bit of a dip in chapter two, it’s pleasing to report that the quality of the writing and translation is pretty much top-notch across both chapters here. The Game Kitchen are based in Spain, and as such all of TLD’s text has to be translated into English. This seemed to cause a few issues in chapter two, with a few niggling errors serving to momentarily remove you from the experience. But there are no such problems with these latest two chapters; the translation is faultless. The Game Kitchen has also taken the novel decision to allow some of the title’s Kickstarter-backers to provide the descriptions for a few of the incidental objects in the game. This clever choice not only helps to foster the sense of community that the devs are clearly going for, but it also means that even a seemingly insignificant lamp or inconsequential painting is given an evocative description. Overall, the quality of the writing really is fantastic, and it portrays the macabre and sinister tone of the events brilliantly. 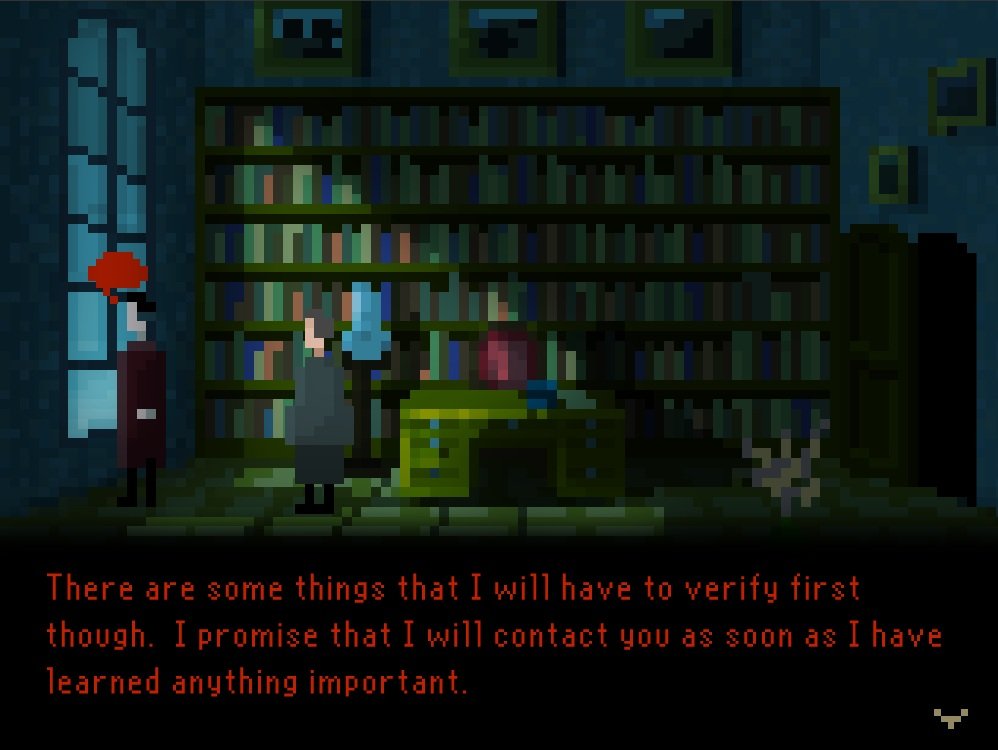 All things considered, the first season of The Last Door has been a resounding success. It thrives in the renaissance that the point ‘n’ click adventure genre is enjoying at the moment, whilst managing to carve its own niche with its striking visuals and horror themes. Each chapter weighs in at about an hour’s worth of content, so not the most heavyweight of experiences, but for the rather attractive price of nothing (each chapter is initially free to Kickstarter-backers, before becoming free to all a couple of months after release) each bite-size installment is ideally sized for an evening’s entertainment. This first season of the game exits the stage with just as much ambiguity as it enters, leaving you with more questions than answers as to what you’ve just witnessed, but that doesn’t mean it isn’t an extremely enjoyable ride that will have you cheering for an encore.

This review is based upon a review copy of the PC version of The Last Door – Chapter 3: The Four Witnesses and Chapter 4: Ancient Shadows, available to play at http://www.thelastdoor.com. A Kickstarter-funded project developed by The Game Kitchen.

Did you like this? Share it:
“Soon, I will stop trembling” | The Last Door – Chapters 3 and 4 Review
Positives
Negatives
9Overall Score
Reader Rating: (0 Votes)
0.0