Siege has done something amazing. It has accomplished something no other game ever has before and it’s something I never thought would happen. Siege has forced me to use my microphone to communicate with random strangers in video games. Gasp…how unheard of.

I want to be as clear as I possibly can. I never use my mic. I just don’t. There is no other game that I play in which it’s really necessary. The first thing I do in Call of Duty is mute everyone on my team. Even if we pretend people aren’t blasting their own music, rapping to themselves, complaining using extremely sexist and racist language, or filled with so much static it’s impossible to hear them. They still aren’t saying anything that I need to hear.

“A guy’s in that back building,” someone might say. I immediately reply in my head, “Yeah, we all know that he’s on the radar,” or maybe, “Then kill him. It may take a try or two but you just don’t want your KDR to drop.” Games like Battlefield and Call of Duty don’t require mics. Yes, if a well-organized team is using mics they will do much better. I’m talking about how one person with a mic can lead a team with commands, or how two random strangers can use teamwork. In Call of Duty, one person can take out the entire enemy team multiple times without ever uttering a word. The games aren’t so much about teamwork, but individualized playing capability all working together. Not too mention people are more obsessed with that ever horrible KDR (which I think ruins every shooter there is). 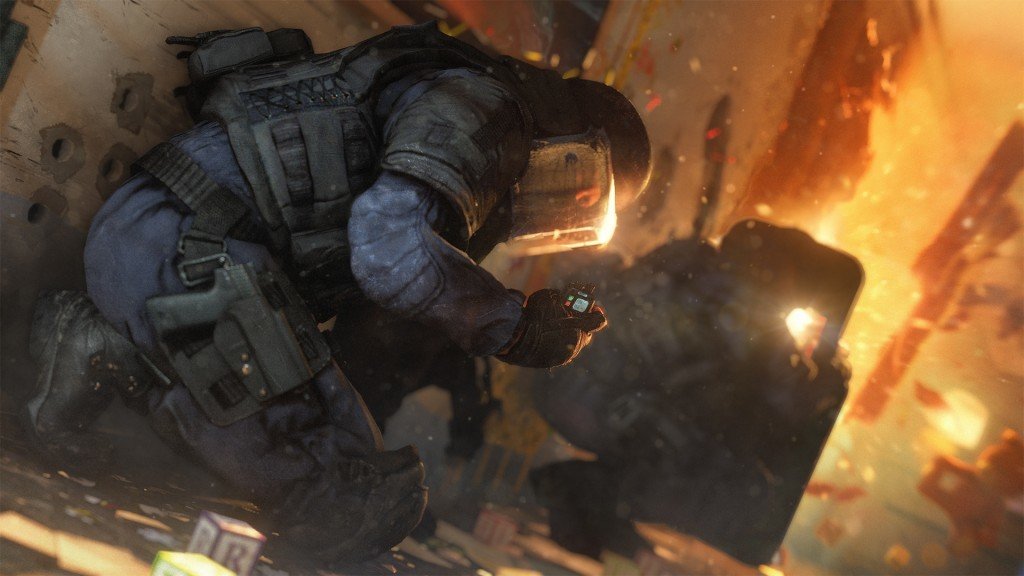 Don’t mistake me and assume I’m talking about generic first person shooters. Even games like Evolve or Left 4 Dead don’t need mics. They help, but if everyone does their role assigned there is enough margin for error you can get by. There are countless games out there that could drop mic support and it wouldn’t even matter to 90% of the player base.

I’ve been playing games online since 2008 and I never use my mic to talk with anyone. I haven’t found it necessary. Of course, if I play with my friends I’ll be in a party with them, but I’m talking about trying to coordinate with random players. In almost any game I’ve played (which is a lot of shooters and teamwork based games) people either ignore what you say, don’t say anything worth hearing, or the worst—annoying static.

Siege is the first game that I have ever reached over, picked up my mic, and in an urgent voice tell my last remaining teammate that they could shoot through the wall to the left to catch the enemy team by surprise. It worked and we won the match. I give 90% of the credit to the player doing the shooting, but without my input, he wouldn’t have done that. We may not have won and me uttering one sentence had a serious impact on the match.

The importance of teamwork and communication cannot be understated in Siege. Knowledge is power. Knowing where someone is hiding can change an entire breaching strategy. With such little health every single shot counts. Not to mention the friendly-fire capability implores you to warn people that you’re throwing a grenade.

Or you know…telling whoever is playing Fuze a thousand times NOT TO FUZE THE HOSTAGE!! 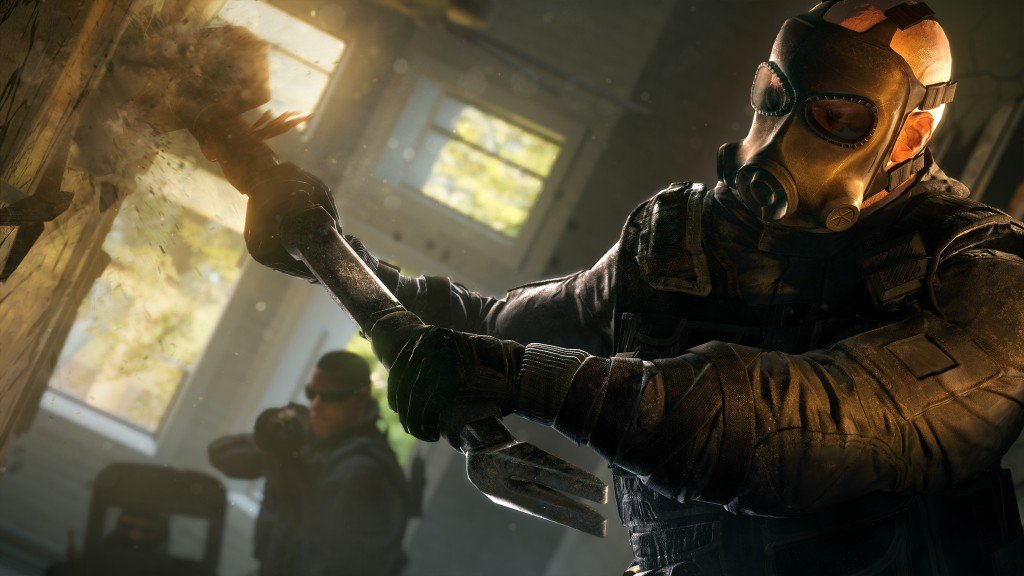 Just like other games, there will be people who don’t listen to you and your advice. There are even more people that command you to do something that will only end up with you dying. Those players exist in every game. Just like the people who keep rapping to themselves and blasting music so you can’t hear anything else. It’s annoying, but Siege has shown me people know how to really use their mics.

In the history of my gaming experience, for the first time, I will keep my microphone plugged in and ready to communicate. I don’t talk endlessly and people won’t even know my mic is plugged in until I speak. I usually talk in short sentences and only what needs to be said.

“There’s a person about to come in the window,” or “The room with bomb ‘A’ is empty, let’s defuse that one.”

They are simple inputs that can direct the entire team. Playing other games you can’t say something so simple that will change the entire offensive tactic. I love Siege for how this works so well. Even just saying what operator is about to come through that door can give a huge advantage. Do they have a riot shield? Shotgun? Full health? All these things can tip the battle in your team’s favor.

Warning someone of a trap, telling someone an enemy has a peep-hole so we should flank them, or just letting someone know that you’re going to throw a concussion grenade so wait a couple seconds before breaching can win a match. This is thanks to Siege’s low health, no respawn, and quick rounds. It’s imperative you get it right in a few seconds or you’re screwed. There is no margin for error where you can make a mistake and recover. In Siege, a single mistake means your life, or worse, you whole team’s. 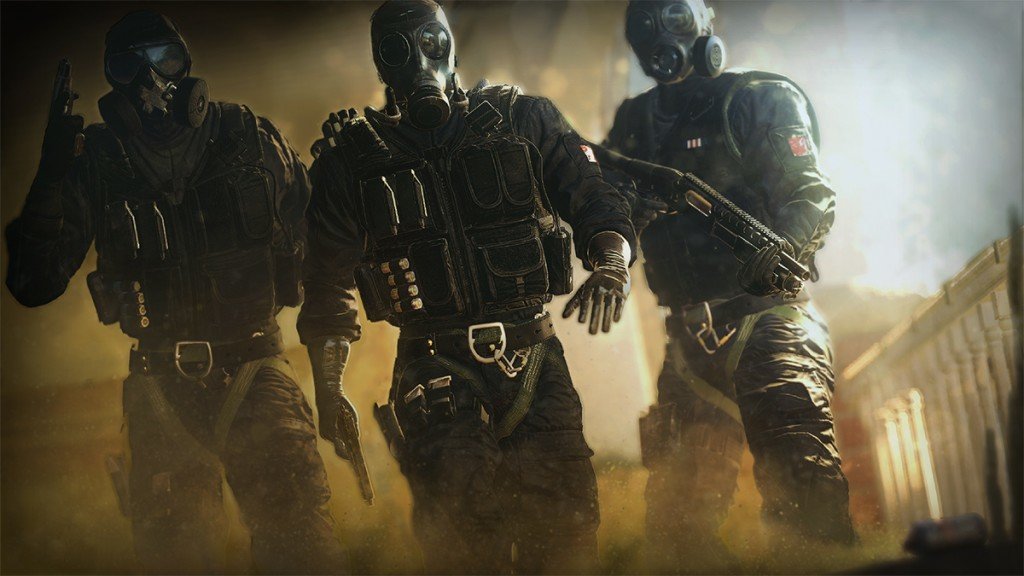 I’m not pretending Siege is the first game to be like this and there are others out there. For me, Siege is the first game that has placed such an importance on communication it’s always worth using my mic. Any game with an entire team using mics will have an advantage. Siege may only have one person on a mic and that’s enough to change everything.

The importance of little fragments of information is amazing in Siege. It makes it so everyone should have a mic in. Turn off the music, mute the laptop playing Netflix, and for God’s sake take care of your baby crying before plugging your mic in. But the team that even has one person using a microphone in Siege can run the entire match, and I will be the person ready to run the match.

Or rip you apart if you Fuze the hostage…seriously everyone…can we stop Fuzing on hostage levels?