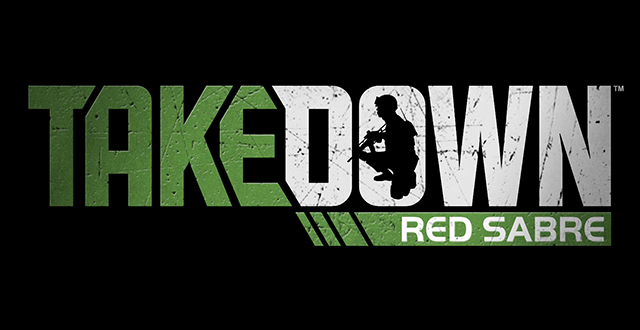 Unfortunately, this is not the case. Too many prevalent issues and bare bones features keep Takedown: Red Sabre from realizing any semblance of relevance. Granted, perhaps the developers were not aiming to become the next Tom Clancy game series, but some of the results from this particular game are simply inexcusable for anything above a college senior project.

Starting with the few good points of Takedown: Red Sabre are the graphics and sound design. Surprisingly, despite a lackluster UI and title screen, the graphics are pretty well done. The actual designs are nothing to write home about, but for what the game is trying to convey, a modern tactical shooter, the resolution, models and details are very competent. Although some of the textures look very ‘stock’, the details on the models and textures themselves are crisp and look at convincing.

Probably the most surprisingly good part about this game is the sound design. When looking at how few levels and how bare-bones the features are, you may expect a more stock sound design that seems like it was pulled from an open source website. To the games credit, however, the sounds of the guns are pretty meaty and sound very clean. One of the great experiences of tactical shooters is the satisfaction of ‘going loud’, clearing a room with a couple of audible ‘bangs’ and leaving as quickly as you entered. To the developer’s credit, this aspect is very well done.

But, in keeping with the spirit of how this review kicked off, it’s time to tackle the bad about Takedown: Red Sabre, and there is no shortage of bad to go around.

The second a level begins, with no intro or cinematic by the way, it’s painfully obviously how thrown together the level design is. At the start of a mission (all four of them), you are given a choice of load outs and entry points, a staple of the tactical shooter genre. It would seem the game is off to good start, as if it’s hitting all the queues to make a competent shooter. This would be true if it weren’t for the fact that there are only four main weapons; an assault rifle, a shotgun, a sniper rifle, and an SMG. Each behaves differently as you would expect but with the lack of any variation, the novelty wears off very quickly. Where are the P90s? Where are the bull-pump rifle? What about different ammunition or pistols? The choice of weapons is as simple as the design of the level. If it’s outside, use a sniper rifle, if it’s inside just use an assault rifle. There Is no in between, no middle ground to play around with and experiment which is one of the best features of great tactical shooters; configuring different weapons and load outs is what makes these kind of games so great and there is simply a huge lack of that in Takedown: Red Sabre. 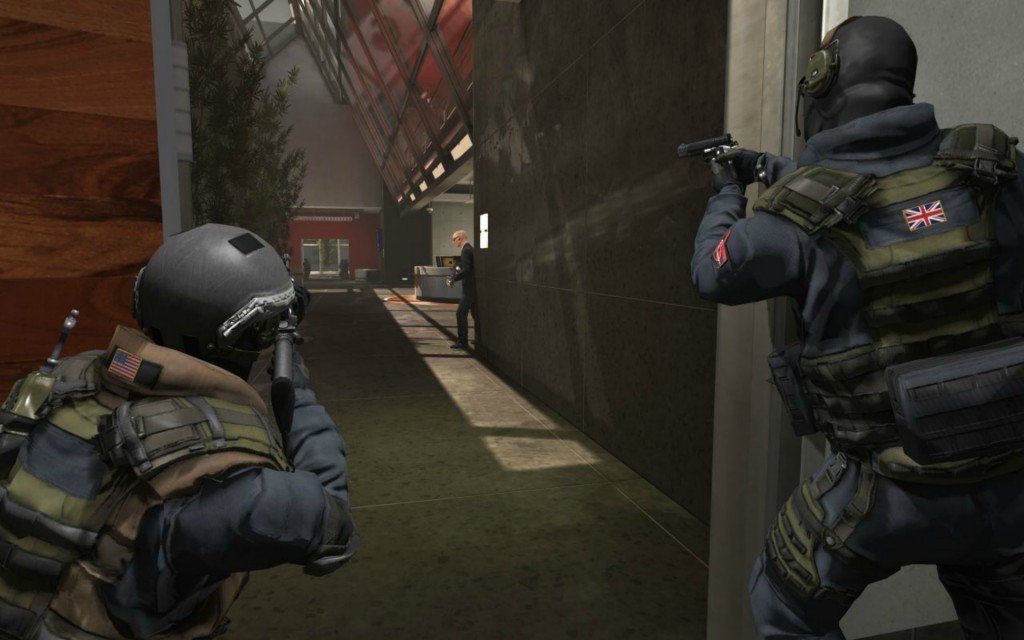 As for the entry points, in other tactical shooters, perhaps different entry points would put you in different situations, if you’re starting on a roof, maybe you can repel down the wall and enter from the window or the vents, if you start underground, maybe you can use hidden entrances and maintenance ways. Not so in Takedown: Red Sabre, you get the choice of two entrance ways, each with the same result; run in and shoot. There is no uniqueness to the entries, no change in tactics, no hidden paths, just run through the linear path and shoot stuff. The starting areas are very bland and makes you feel like you’re starting a multiplayer match with no other people. In fact, the developers didn’t really bother giving players that much choice in how they maneuver out of the entrance points, resulting in mostly linear hallways with a single door at the end.

As far as challenge is concerned, there is plenty of it, but not in the good way. The AI, when it works, has seemingly superhuman perception, dispatching you instantly the second you reveal yourself. Of course, this is only when the AI is actually working, other times, levels are a shooting gallery of terrorists getting stuck on stairways and railing or simply staring at you blankly while you pump a rifle round into their face. One would believe the purpose of a tactical shooter is to employ tactics, but no strategy can compare to the seemingly unstoppable method or running blindly into room and shooting anything that breaths.

Throughout the game, you’ll be looking for a way to describe the experience, and the best description that comes to mind is a Counter Strike Bot match minus the good AI. There are only four levels and each of them are completely forgettable and generic. Every mission has some boring generic objective, kill all the enemies, rescue some hostages, and disarm some bomb. It’s the video game equivalent of every movie cliche ever and is thoroughly unenjoyable. Of course there is a multiplayer aspect, unfortunately no one is every hosting or playing on a server since there is no few redeemable features about Takedown: Red Sabre. 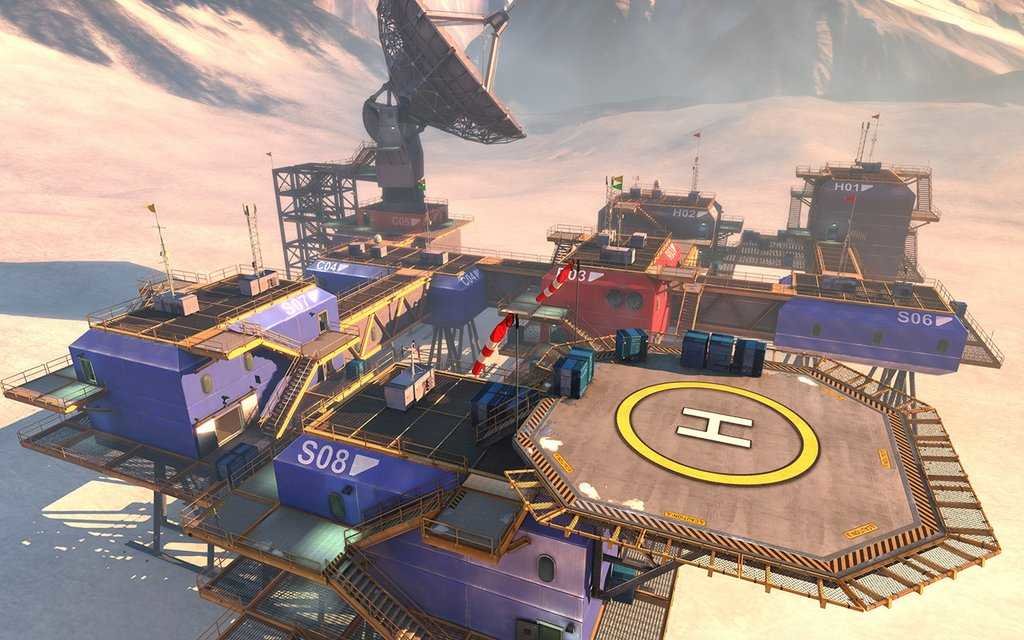 All in all, is it bad? Of course. Is it the redemption of the tactical shooter? Quite frankly it’s probably contributing to its death. But we have to use caution when judging these kind of games. There is obvious effort in terms of graphics and sounds and you can tell that at least a few people on the team understand what makes a good tactical shooter game. This article isn’t a judgment of the developer, but rather a judgment of their product. Perhaps the developer could potentially make a great tactical game but simply lacks the resource to do so. We can only hope that if this is the case, they find a project with the resources to showcase their talents.

As it stands, however, Takedown: Red Sabre should not be a source of pride for the studio developers.

This review is based off a review copy of the PC version of Takedown: Red Sabre developed by Serellan LLC

Rating:
3.0
Strengths
+Excellent Sound Design
+Nice Graphics
Faults
-Everything else
What would you say?
Average: 0 (0 votes)
Your vote has been submitted
Did you like this? Share it: