Making a licensed game is never an easy task. Most licensed games are put on very short development cycles, which in turn makes the game have many half-cooked ideas and implementations. Recently two Transformers games, War for Cybertron and Fall of Cybertron, broke this mold by having solid shooting mechanics, exciting set pieces, and great storytelling with the Transformers universe. Unfortunately, Transformers: Rise of the Dark Spark bears little resemblance to its previous entries, and new developer Edge of Reality presents a Transformers game that doesn’t ooze the same love and care as the High Moon Studios Transformers titles, and falls short on almost every level.

Occurring during the events that took place in Fall of Cybertron and forcefully tying in the movie earth universe, Rise of the Dark Spark tells a confusing story that feels too jumbled and forced. The story deals with the titular Dark Spark, an item that has immense power and is taken by Lockdown, the main antagonist. He retrieves it on earth, which then we’re randomly transported back in time to the Fall of Cybertron story. After completing most missions on Cybertron, you’ll come back to earth and get planted into forced movie tie-in moments like playing as Grimlock from the Age of Extinction movie.

What’s most jarring is the seemingly random switching between Autobot and Decepticon storylines. Where the original games made logical switching points during their respective storylines to tell the tale of both forces, Rise of the Dark Spark’s switches generally don’t make sense. Originally starting out going back and forth, it eventually sticks with the Autobot storyline and forgets the Decepticons altogether.

Rise of the Dark Spark fails to present intriguing environments to capture the larger than life world of Transformers. Almost every level is a gigantic, soulless set piece that throws in just a few boxes or pipes to try and fill the level, but it just feels like a house without furniture. I noticed this even more on the earth levels where your surroundings are always replicated items all over to create the illusion of a lively environment, and the static colors used on the Earth levels are so bland in comparison to the generally vibrant Cybertron levels. 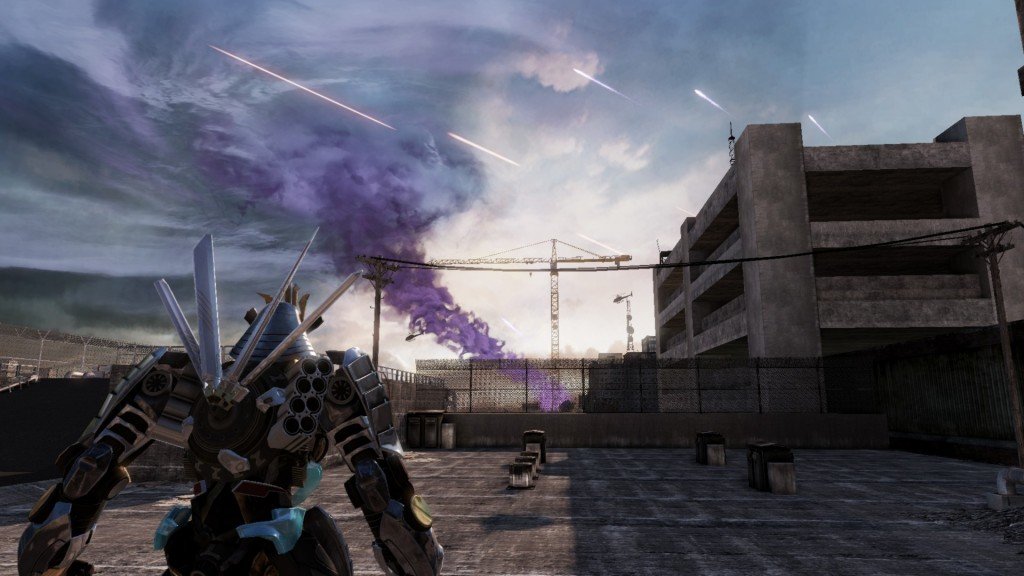 The shooting is still as good as the previous titles, and firefights are mostly enjoyable. Being able to choose your own loadouts and to play with either precision or destruction is a great way to change up each playthrough. The only issue at hand is the very few enemy types to make each encounter exciting. You’ll blow up the same enemies over and over, and while occasional titans and leapers will change up the formula, you’ll be sending identical Autobot and Decepticon soldiers to the scrapyard.

Each character has a special ability to give them an edge in combat, but they either feel incredibly overpowered or utterly useless. When playing as Sharpshot in his level, he has the ability to cloak and turn invisible, but the assumed stealth elements are never introduced. The game isn’t that difficult, so the ability to go stealth isn’t logical when you can just blast your way through the levels.

One of my favorite elements in Rise of the Dark Spark is the new loot system. Completing challenges will reward you with gear boxes, which contain goodies like characters for the co-op escalation mode Escalation, and also weapons and powers to share between that and story mode. 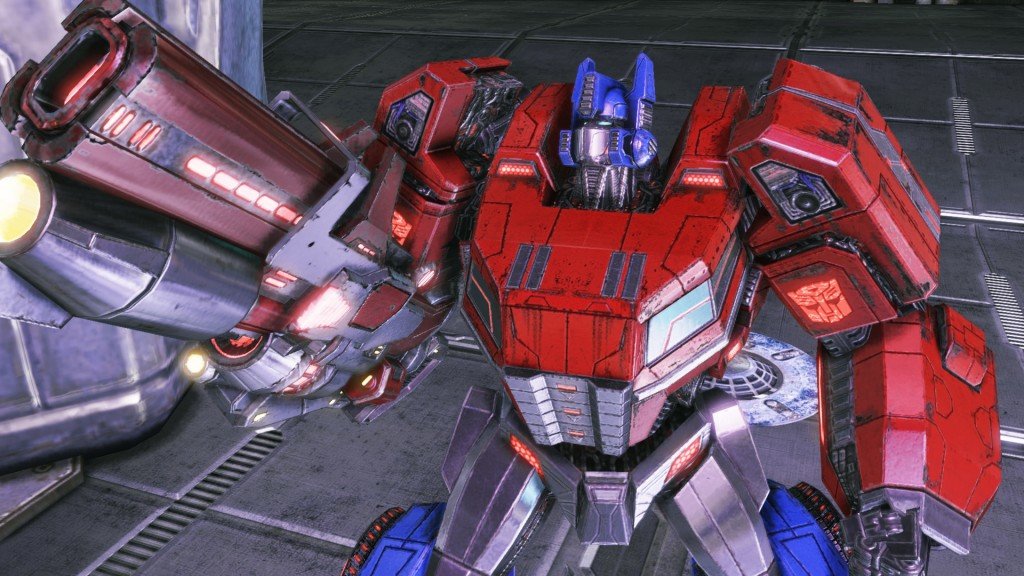 Speaking of Escalation, it’s actually a fairly entertaining distraction from the story mode. You can battle through 15 different waves of enemies, and you can upgrade your base to have turrets and decoys, among other things. I completed all 15 waves without much trouble, but fighting off giant hordes of enemies with a friend is one of the best way to enjoy Rise of the Dark Spark.

Although it has decent groundwork, Rise of the Dark Spark can’t live up to the standards set by the previous titles developed by High Moon Studios. By blending together the Cybertron universe with the movie universe, the story has an unbalanced identity crisis that feels too forced in order to cash in on the release of Transformers: Age of Extinction.

While playing Rise of the Dark Spark, it just made me want to go back and play War for Cybertron and Fall of Cybertron, because they’re simply superior in every way and respectfully use the Transformers license to craft fantastic experiences. Perhaps without the influence of the movie and more time to iron out rough elements, Rise of the Dark Spark could have come closer to being a great Transformers game, but it seems whenever it succeeds, there’s always an issue to match it.

This review is based on a review copy of the PlayStation 4 version of the game Transformers: Rise of the Dark Spark by Edge of Reality, published by Activision.