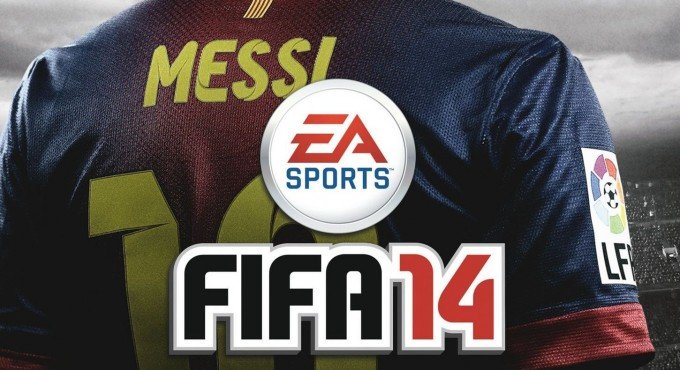 As an outlet, New Gamer Nation has already reviewed FIFA 14 and you can see what we had to say here. However, we got our hands on FIFA 14 for the PlayStation 4. This review supplemental will focus on the differences between the two versions of the game to help you decide which version is the one for you.

FIFA 14 is back and this time it takes the leap into the next generation of consoles. This may sound harsh, but this version of the game is the same game at the PS3 and Xbox 360 versions with one very noticeable difference; the visuals. With a new generation of gaming comes a stunning display of visual fidelity. This game will immediately make you ditch your old FIFA 14 for the new version. The graphics are sharp and detailed with little nuances that make you wonder how you ever lived without them. From the rippling of the players shirts as they run down the field to the individual blades of grass that fly up as you interact with the ground, it is a visual masterpiece. If you ever looked at a FIFA game and said to yourself “it looks good but I wish it was better” you need to go out and get this version of the game.

This version of FIFA is all about subtly which is an interesting and beautiful transition. The PS3 and Xbox 360 versions of the game used a lot of stock animations, that still looked great, but when you see the next-gen version, you realize all the compromises you made. There is little about this version of the game will change the way you play, but it is cumulative effect of all the little details that has a tremendous effect on the end product. The sense of realism has been picked up a notch and this truly is the most enveloping version of the game to date. This is the closest we ever came to playing a game that looked like a live game of soccer; it is a sight to see.

We did notice that there were some subtle tweaks to the situational awareness of the AI. Players seemed to defend better, and especially on the higher difficulties, you had to rely on your strategic approach rather than being aggressive. We weren’t sure if this was because of the increased capacity of the new console or not, but it is clearly evident in this game, so that can only make this version of the game, a superior one.

Thankfully, players of the PS3 and Xbox 360 versions can easily import their save files to their respective next-gen consoles. The process is quite easily and you can rest assured that your Ultimate Team will make the transition safe and sound. Making this transition easy was EA’s top priority and it clearly shows. We know how important your saved game is to you and it seems that EA shares that sentiment. 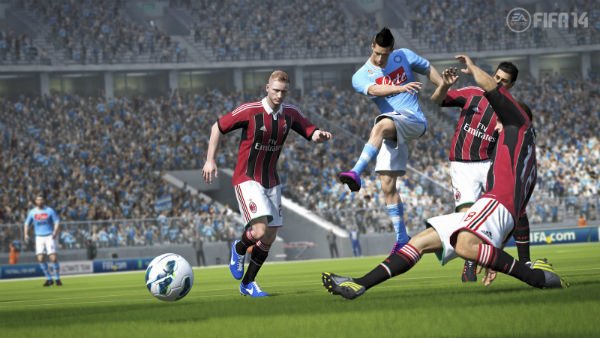 Overall, if you have a next generation console and you are a FIFA fan, buying this game should be a no-brainer. The visuals are amazing, the AI seemed to perform better and making the switch between last gen and current gen couldn’t have been easier. In the end, that is all you can ask for from a next generation port. However, seeing how they took an already excellent game and made it even better is impressive. We don’t know about you, but if you aren’t excited for next year’s version of the game; you should be.

This review supplemental is based on a review copy of the PlayStation 4 version of FIFA 14 developed and published by EA Sports.