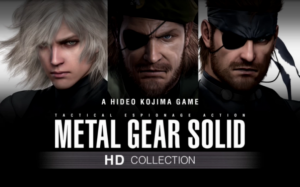 For many years, Hideo Kojima has championed the Playstation console and brand, producing one excellent Metal Gear Solid game after another. Finally, after outcry from fans (and to the chagrin of Playstation 3 fans) comes the Metal Gear Solid HD Collection, which takes the Playstation 2 and the original Nintendo games, upgrades the visuals, and gives them all to you in one compact package. If this collection wasn’t enough, Konami released this collection on the 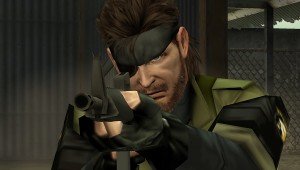 Playstation Vita so that you can relive your favorite moments in the Metal Gear Solid franchise wherever you do your gaming.

However, there is a glaring difference between the Playstation Vita version and the console versions that may have you thinking twice before you jump into the Vita counterpart. The collection omits Metal Gear Solid: Peace Walker, which, frankly, is disappointing. Having this title on the Playstation Vita would have been perfect, especially when you consider that this game was designed from the 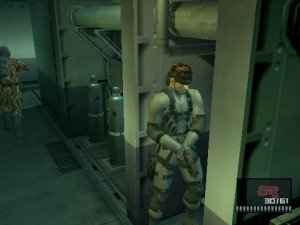 ground up for portable consoles. It never reached it’s full potential on the Playstation Portable, which was a shame considering how great of a game it actually was. It was even worse to eliminate the game from the collection, though. The Playstation Vita has been getting content-reduced ports recently, as seen with The Michael Jackson Experience, and this collection is no different. While it isn’t a reason not to buy the game, it should make gamers consider the console counterpart if they didn’t own the collection already.

If you’ve decided that you are okay with the games that come with this collection, then you’ll have most of the chronicles of Solid Snake and Big Boss at your fingertips. For those that never heard of the games, Metal Gear Solid was one of the first stealth-based action games in existence. From Metal Gear and Metal Gear 2, both included in the collection, the series has focused on sneaking up to your enemies and taking them out as quickly and quietly as possible. Strategy is extremely important, and those that can accomplish the objectives in the quickest amount of time, without alerting guards, will be awarded the best score at the end of the mission. The beauty of these games is that there are several different ways you can accomplish the same objective. You can kill all the guards and run to the computer you need to bug, or you can sneak into the computer room through the vents and plant the bug with no one ever knowing you were there. It was one of the first games to offer this kind of freedom, and it was certainly the franchise to perfect the genre as the series progressed.

The controls have been modified to account for the Playstation Vita‘s unique control scheme. You’ll be doing plenty of swiping to peek around corners and zoom in with your weapons. Overall, the touch 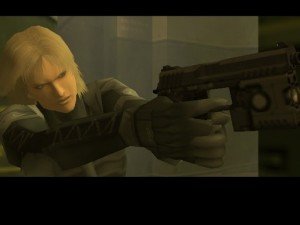 controls work well, and though they don’t always lend themselves to fast paced gaming, they do a good job with what the Vita has. There are even some functions that work better with the touch mechanic, such as weapon manipulation; however, some mechanics were hurt in the transition. The rear touch pad, while interesting in theory, rarely helps in any game since you have to use the fingers that are supporting the device to control the game. This collection, unfortunately, uses the rear touch pad quite a bit, and it doesn’t help the game, especially when you consider that these issues are completely resolved in the console version of the game.

However, the Vita does an excellent job of making these games look great. Everything is rendered in HD and looks as it does on the consoles. The frame rate is solid throughout the campaigns and, all-in-all, you couldn’t ask for a better port as far as the visuals are concerned. Unfortunately, some of the original problems with the PS2 games carried over to the collection, including the inability to walk and shoot at the same time. These issues were addressed in the 3DS port of Snake Eater, but they were left in the Vita port. It isn’t something that could make or break the game, but it would have been nice to see the same TLC put into this console’s port.

One of the best features about the Vita version of the collection is the ability to play your saves on the PS3 or the Vita using your cloud saves. Much like MLB: The Show 12, you can play your game on the Vita, save it, and continue the game on the PS3, or vice versa. It is a great way to continue your game wherever you are. This also minimalizes the faults with the portable version since you can play any part of the game on the console or the handheld.

Overall, this is a solid offering on the Playstation Vita. You get access to some of the best games on consoles long departed, and you get to relive some classic moments in video gaming history. Sure, there are several things that could have used more work, but for the most part, this is a solid collection that is definitely worth a repurchase. When you consider that this game has the ability to swap save files to play on either console, it is a great game and certainly deserves our recommendation for Vita owners out there. However, if you are an MGS fan, you probably don’t need much convincing.