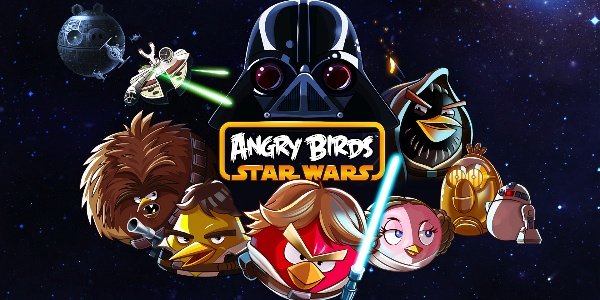 While you may have already played the smash hit follow up to Angry Birds featuring Star Wars on your phone, the sequel is coming soon to a console near you. Fans will get to relive all the bird-smashing action on the big screen as they attempt to take on all their friend’s high scores while reliving some classic moments from the Star Wars franchise. New Gamer Nation was given early access to the game and this is what we have to report.

Fans that are worried about the console port should worry no longer. The game is still faithful to the mobile experience, but with the jump to consoles comes all new features for you to sink your teeth into.

First, there are 20 exclusive new levels created just for the console game, in addition to all the levels found in the mobile game. While we don’t want to spoil the locations of the new levels, just know that if you are into Star Wars, you’ll enjoy what is coming soon. When you add up the gameplay from the Angry Birds Star Wars game with the new levels, you’ll end up with over 25 hours of content. This is an impressive package of gameplay and should be plenty of content for players to sink their teeth into.

Next, if you manage to get your hands on the console version of the game, you’ll notice an all new competitive multiplayer and co-op mode. Players can work together to complete puzzles by taking turns launching their birds towards the puzzles in front of them. This gives everyone a chance to choose how to attack a level even if they are in the same room playing the same game. We envision this mode to work well with parents playing the game with young kids. The kids can launch the birds at will while the parent work towards completing the level and moving on to the next stage. There is also a competitive high score chase integrated into this version of the game. You can stack your best scores against your friends and foes online to see who truly harnesses the power of the force.

Overall, Star Wars Angry Birds is a great game with a proven track record on mobile devices. Now with the port to consoles, players will be able to continue their experiences with new levels and new ways to engage their friends and family. If you are a fan of Angry Birds, or of Star Wars, make sure you look for the game to release on October 29th for the PlayStation 3 and Xbox 360.