Home
Previews
how to get your boyfriend back 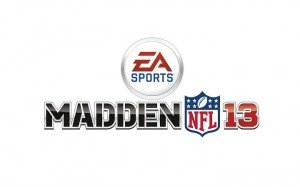 The Madden franchise is much like the heralded Call of Duty series; it often seems like you're playing the same rendition of the version you laid down $60 for the year before. Even more-so like Call of Duty, Madden has its share of flaws. Though Madden is far from the perfect American football simulator, it has proven time and time again that football fans are willing to trod through its unpleasantness to lead their team to the Super Bowl (or rival teams into the ground).

Every year, it seems, EA has some kind of gimmick for their newest Madden game. In Madden '10, there was PRO-TAK, which was supposed to show up to 9 people tackling the ballcarrier, fighting for the fumble, and creating your own plays (on a PSP, then you can upload them to the PS3. Fun!).

In Madden '11, there was an overhaul to presentation and the introduction to 'GameFlow', which helped cut down on playcalling time. Madden '12 had a bunch of new tackling animations, AI enhancements, custom playbooks, expanded rosters, and trading future draft picks (all of which, in my opinion, should've been available since Madden '06 at the least).

As a yearly consumer of Madden NFL Football, I've had my share of gripes and pains in the games. But I've also given feedback in the most positive way I can, hoping, waiting for big changes. And this year, Madden '13 looks extremely promising.

First and foremost, the game is getting another overhaul to the presentation. This year, instead of featuring Gus Johnson and Cris Collinsworth as the commentators, CBS's Phil Sims and Jim Nantz will be anchoring every single football game. To me, this is a show that EA is really listening to their community, and from early previews of the game, it definitely feels more natural and authentic.

There are more than 200 cutscenes before games, between plays, and at the end of games. Halftime will also feature a new 'stats overlay', giving you a halftime summary of the current game you're playing, including top performers, the score, and a scoring summary. There will not, however, be a halftime show.

The game will also feature the motion blur showcased in NCAA Football 13, which really added realism and immersion to the game.

Now, for what most of the Madden fans have been waiting for: actual gameplay improvements. Much like NCAA 13, the passing gameplay has been dramatically enhanced. The left stick now gives quarterbacks more flexibility in their options of throws. Need to lead a receiver to the sidelines for a first-down bullet?

how to get your boyfriend back

Done. Gotta place the ball on the receiver's back shoulder perfectly so it's not intercepted? You can do that, too. Need to throw the ball at Wes Welker's feet because Darelle Revis is breathing down his neck? You have the power to do so. You can also pump fake quicker, and they are now directed at specific receivers (like NCAA 13). This really helps bait defensive backs into moving in on a certain receiver to free up another, especially in zone coverage.

There are also over 430 new catching animations for receivers, to help really flesh out the enhanced passing game. Also, user-controlled receivers will now receive help from the game for completing passes (much to the distaste of hardcore Madden aficionados).

The AI has received a boost as well, to help balance the pass-happy NFL. Defenses line-up opposite receivers in a best-on-best designation. This prevents your linebacker from matching up against an elite wide receiver lined up in the slot, for instance.

Defenses now disguise their coverage better, meaning you can't send a WR or RB in motion to discover if the defense is playing man or zone, or even blitzing. EA also has new animations that allow for simultaneous tackles while the bal is in the process of being caught. This means, that if you're hit as soon as you catch the ball, the defender has a chance to knock the ball away. This process is nothing new in Madden, but now, rather than simply having an animation where you're going down as if you have the ball, the receiver actually drops the ball when hit, or the defender rips the ball away at the last second.

The biggest thing this year, however, is the concept of “Connected Careers”. Meaning, there's no more Franchise mode. No more Superstar mode. No more importing NCAA 13 draft classes.

This means that you can start a career is either a coach (which means you manage the franchise as an existing, historical, or created coach with standard Madden gameplay) or a player (essentially NFL Superstar mode. Only you can be anyone, even legendary players like Barry Sanders). This even carries over into online play.  You can manage the team from your PS3/360/Wii U, your phone, or the internet. Which is pretty convenient.

In summary, I know not to let my emotions hype this version of Madden up as the best one ever, as I have done with past installments. But on paper, Madden 13 has the potential to do just that. Madden 13 releases on all major platforms on August 28th, and is available 3 days earlier with EA's Season Pass.