SteelSeries has always had a gamer-first mindset and their dedication to the fan base shows in their product lines. If you want a quality headset, you can always rely on SteelSeries to give you a great product. The time has come for SteelSeries to reboot the Siberia flagship model of headsets and we finally got a chance to look at the latest base model. Introducing the SteelSeries Siberia V3, a newly updated model of the famous Siberia series, one of SteelSeries core products. This headset comes in a number of flavors, but before we get into the nitty gritty, let’s see what the base model has to offer. 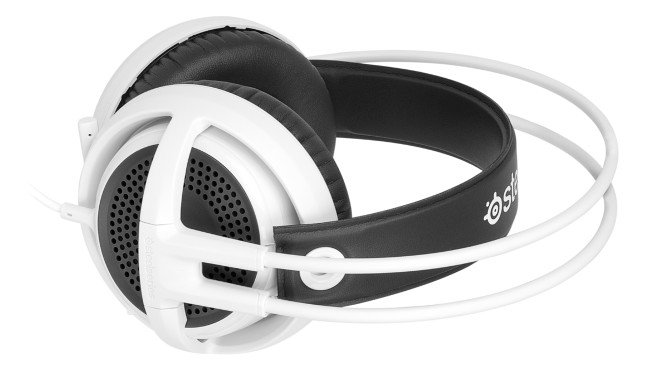 SteelSeries has gone through a number of improvements in sound quality from the last iteration of the Siberia and the headset sounds great. They have re-designed the acoustic chamber, or the space between the speaker and your ear, to maximize performance and allow for better base response. In addition, SteelSeries redesigned their speaker drivers which deliver a clear and crisp signal at all times. This should really come as no surprise since SteelSeries is known to produce a quality headset and the Siberia V3 is clearly no different. Whether you decide to use the headset as your primary gaming headset, or you just want a solid headset for music, the Siberia V3 has plenty of power to make everything sound good.

The Siberia V3 has a number of great gaming features to keep even the staunchest gamer happy, however, there were a number of omissions from the feature list that has us second guessing the V3. Let’s start with the good. The Siberia V3 contains their traditional retractable mic allowing this headset to have some utility outside of the gaming space. If you didn’t want to take a headset on the road with you with a boom mic in plain sight, the V3 is a perfect alternative. The mic hides in the ear cup of the device until you are ready for it. Then you just pull it out and you have a full sized, noise cancelling mic ready at your disposal. When finished, simply push the mic back into the ear cup and it is hidden from plain sight. From an aesthetic point of view, this is a great feature.

In addition to a great microphone, SteelSeries provides a huge extension cord for the headset’s standard 1/8″ stereo jack. This will allow you to plug your headset into the back of your computer and still have plenty of cable to sit comfortably at your station. It was great to have extension cables packed into the retail box and it saves you from having to make special arrangements for the headset or buy more cables. Everything you need is right in the box and that is a great way to start off. 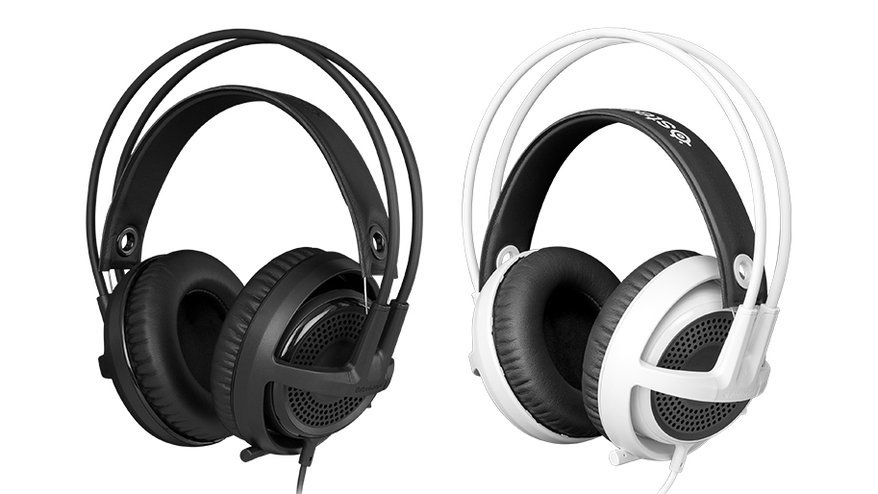 While everything works really well and the features you get with the V3 are great, there are several omissions from the retail box that hurt the overall presentation. Unfortunately, this headset utilizes a stereo input only so you need a good sound card to deliver directional sound. If you have a standard sound card, this headset will function similar to a regular headset and it defeats the purpose of having a gaming only headset. This headset is also limited to PC, mobile devices and the PS4 only. There will be Xbox One compatibility coming soon, but as of this review it is not available. You can also forget about backwards compatibility since you can only work with a stereo input. In today’s gaming landscape with gamers owning multiple systems, you have to have the ability to take your headset with you and have it work on as many devices as possible.

Another glaring omission is the lack of an inline volume or mic control. On one ear cup you do have a switch which will mute the microphone. Other than that, adjusting the volume on the fly or having a chat / game audio balance is just out of the question. It isn’t until you purchase the higher models of this headset that you will start to see some of these missing features come back. While that generally isn’t a problem, the headset is very expensive for such a bear-bones headset and at the $99 dollar mark, you should get more for your money.

Getting the most out of your investment is really the top priority when it comes to investing in a headset. Sure, sound quality and its adaptability is important too, but you can’t spend money you don’t have. Unfortunately, the V3 doesn’t offer a great value when you weigh the features you get, the features you could get from a competitor for the same money and the overall price. At $99 MSRP, you should get a lot more bang for your buck. Just look at the Plantronics RIG which also retails for $99. There you get an inline volume control, independent chat / game audio balance and the ability to connect a second device or mobile phone. You also get a USB connection which is much more versatile in today’s gaming landscape. When you compare that to a very basic setup of the V3, you can see that there is a problem with the pricing of this unit. While this headset does not compare well to other headsets in its class, you are still getting a very high quality headset so while the headset may lack a number of features, it is still a quality headset. 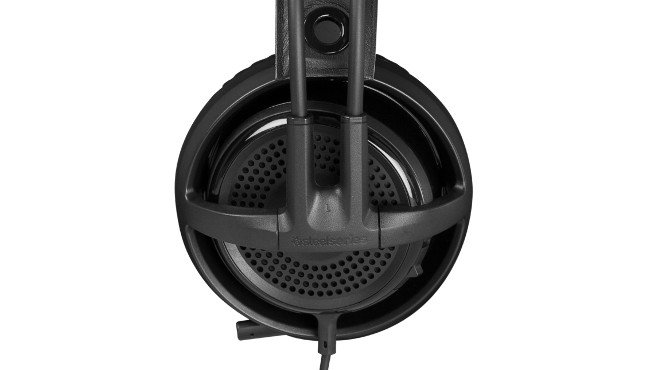 Since there is only a stereo jack to work with, this headset is very much a plug and play headset. It really doesn’t get any easier than that. The reason the headset isn’t a 10 in this department is the suspension system. The Siberia line of headsets uses a tension band below the main padded frame that is supposed to relieve pressure on your head and more evenly distribute the weight of the headset. This will allow you to wear them for longer periods of time. However, this tension band is very tight so we found the band to pull up on the ear cups a little too hard. This tended to lift the ear cups above where they should be rather than keeping them lined up with your ears. Those with smaller heads will probably not experience this, but if you have a larger head, this is something to keep in mind.

Overall, the Siberia V3 is a very solid headset. There is certainly room for improvement especially with value and features, but despite those shortcomings, you still get a quality headset for your purchase. If sound quality is important to you, and frankly it should be, the SteelSeries Siberia V3 will not disappoint and that is a good thing in this space. We enjoyed our time with this headset and we know that if you decide to go with this headset, you won’t be disappointed.