The mobile gaming space is in need of a quality controller that provides gamers with a more console-like experience. Too many times mobile gamers are forced to make sacrifices when it comes to choosing a controller for mobile gaming. Whether controllers are too small, lack the premium feel, suffer from poor battery life, or even have odd design layouts; this market has been sorely under-served. Today, we go hands-on with Snakebyte’s attempt at creating a premium controller for the growing mobile gaming population.

The idroid:con controller provides gamers with a true, premium, console-based controller.  In fact, this has been the best feeling controller that New Gamer Nation has been able to get its over-sized hands on. Aesthetically, the controller is laid out the same way as your PlayStation 3 controller is laid out, giving gamers a much needed familiar feel. However, Snakebyte goes above and beyond in striving for the highest quality. The controller’s size and weight more closely resembles an Xbox 360 controller. Whether you’re a Sony or Microsoft gamer, the design should feel familiar and comfortable to you. Snakebyte has done a fantastic job easing the transition from console to mobile. 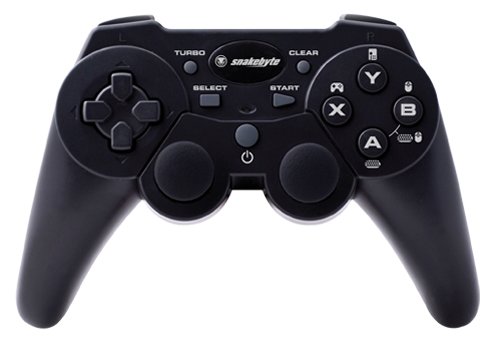 For all the controller’s strengths, there was one minor issue with the design. The idroid:con controller uses a mini, and not a micro, USB port for charging.  Android smart phones and tablets use micro USB as the standard port for charging.  However, since SnakeByte provides the cable in the box, it isn’t a big problem, but just a minor annoyance. This really only becomes an issue for those who are traveling and now have to remember to bring one extra item.

If mobile gaming is going to make a dent in the living room, gamers must have access to a high quality premium controller and as far as design is concerned; Snakebyte has delivered.

The availability of compatible games has been an issue for early adopters of mobile controllers. Some controllers require you to download an additional application to see what games could work with the controller, while other controllers have a small universal library. However, Snakebyte currently has a large library of Android and iOS games. For Apple users, the controller works with all the same games that the iCade works for. As of September 1, 2013, there are hundreds of  games currently available for iOS users and luckily, this controller works with a large percentage of that. Due to Android’s open source platform, developers do not have to adhere to strict coding guidelines or hardware compatibility standards. Therefore, developers can choose whether a controller platform is used or not. Today, there are over 40 games available to play, including triple-A titles like Grand Theft Auto 3 and Temple Run. Additionally, the controller works with emulators for the Nintendo 64, SNES, Genesis, NES, and the original PlayStation. With so many options, gamers will be able to get plenty of use of this controller. While you’d always like to see more games available for a given controller, this is only going to get better with time. 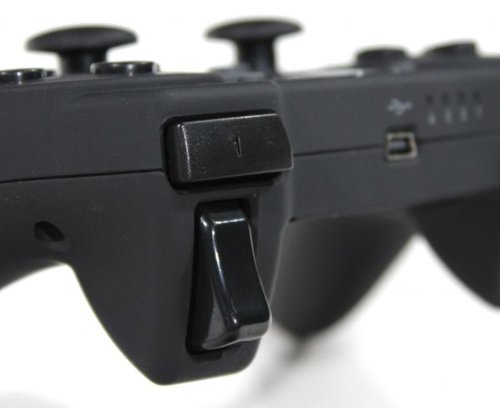 The idroid:con controller performed very well whether it was tested on an Android or iOS device. The controller had solid response time regardless of the operating system. The controller provides five different function modes which allow for all different types of games to be played. The problem with this controller came in when you wanted to switch functions to play different types of game. To switch functions, the controller had to be powered off, re-synced, and powered on once again. Once you learn how to quickly and efficiently make those changes without the directions, this becomes a minor issue, but it is still a problem when you want to play several different games and all of them require a different setting. On a positive note, if one forgets how to power down or switch modes, the instructions are made available via download from their website so you’ll always have the full list of instructions at your disposal.

Overall, the idriod:con controller is the best mobile gaming controller to be used within the walls of New Gamer Nation so far. While this controller has its issues, thes issues are easily to overlook. The difficulty of pairing/re-pairing and the use of a mini USB port to charge are easy problems to fix. When you consider how well the controller feels and performs once it is actually placed in your hands, you’ll fall in love with it, just like we did. If you are interested in learning more about Snakebyte or their controller, be sure to visit their site.