The HyperX brand has been coming on strong recently, and as part of an effort to compete in the headset market, Kingston has released the HyperX Cloud II headset. The Cloud II is a revision on the excellent Cloud headset released last year. Since we already reviewed the Cloud headset, we strongly encourage you to read our review since the Cloud II is very similar in look and feel to the original. However, there were some major revisions to the styling and features of the headset, so this review will focus on those changes.

Let’s start with the biggest, and arguably the best, revision of the headset and that is the in-line controller. If you may recall from our review of the Cloud, we said “The biggest problem is the fact that you can only control the master volume on the in-line sound controller.” With the Cloud II headset, this problem has been fixed. The Cloud II has a newly designed in-line controller with the ability to control the master volume and the chat volume independently from one another. This is a tremendous upgrade over the original controller and provides gamers with the control they need to game effectively without letting the background chatter get in the way.

In addition to the independent control, there were a few other revisions that make the Cloud II far superior to the Cloud. To start, the Cloud II combined the sound and the microphone lines into one cord. This allows you to use the headset with the PlayStation 4 in addition to PC applications. In the Cloud, you had two separate lines which limited its console applications without an adapter. The Cloud II was designed to versatile and this feature just proves it. Finally, you have the ability to turn the virtual Dolby 7.1 sound on or off with the touch of a button. Simply press the 7.1 button in the middle and the effects adjust to your liking. It is a really nice feature and it compliments the overall presentation well.

Finally, the Cloud II went through a light redesign getting rid of the black and white color scheme to a more aggressive looking black and red/gun metal grey. Granted, these are just aesthetics and do not effect the performance of the headset, but if that is something that is important to you, this is a very nice upgrade from the previous version. The headset looks great and will easily compliment and gaming rig or application. 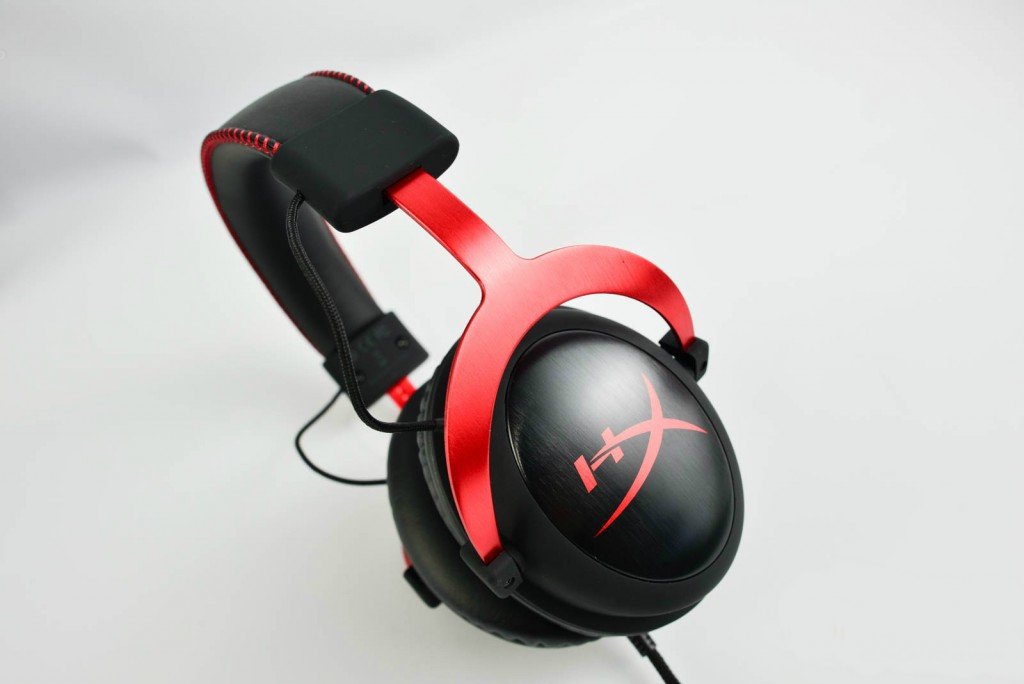 Overall, the HyperX Cloud II is an excellent addition to the HyperX brand and proves that Kingston is a force to be reckoned with in the headset space. The took what was great about the Cloud, listened to the criticism and came back with an even stronger product quickly after the first one released. This proves to the community that Kingston is serious about gaming headsets and this entry has become its definitive model. Priced at a very reasonable $99.99, you will be getting a very solid headset for a great price. If you are looking for a headset that sounds great, feels great and now has top-of-the-line features, look no further than the Cloud II. While the changes may look subtle on the outside, they made a big difference on your wallet and in the way you game.