Amazon has made some strong plays in the gaming space recently and they all seem to converge on the release of the Amazon Fire TV. Let’s be upfront, this is not the rumored Amazon dedicated gaming device that has been circulating recently. However, there is a surprising amount of power in this compact package making this a very capable gaming device. While mobile gaming has been cooling down recently, this device may provide gamers the unified platform to play these kinds of games. Especially when you consider that Amazon sells a gaming controller (separately for $40 USD) and their recent acquisition of the ex-Killer Instinct studio, Double Helix, Amazon is ready to offer some serious gaming experiences for a discounted price. It may not be the next generation killer of devices, but it is sure worth playing with.

We are a gaming site through and through, but there are a few non-gaming features that are worth considering, especially if you are considering purchasing this peripheral as a general, all-purpose device. As you would expect, the Amazon Fire TV is built around Amazon’s proprietary OS and integrates with Amazon Prime seamlessly. If you have a number of digital purchases via Amazon, they will all be accessible via the Fire TV. You can also stream Netflix, Hulu Plus and Amazon Prime TV offerings without any issues at all. They are still missing some of the other steaming services you may use like Vudu or HBO Go, but those may come in time.

One of the newest features, and arguably one of the best, is the ability to search via voice commands. Simply press a button and speak into the remote and you’re forwarded to a search menu with whatever you requested waiting for you. The voice recognition is quite good and it alleviates the need to type via directional pad. This search function only works with Amazon and it can’t be used in 3rd party apps like Netflix or Hulu Plus. While it would have been great to have this functionality outside of the OS, it is still a great feature if you are an Amazon Prime member.

It’s All About the Games

Let’s face it, you are here because you love games so let’s just cut right to the chase. The Amazon Fire TV has a dedicated gaming section right from the home menu. There you will be able to get access to all the Android offerings from the gaming menu. Most of those games are free and many have a demo that you can play to see how it is. You can simply choose a game that looks good to you or if you know what you want, you can use the handy voice search option. Once a game is selected you can play right away if you downloaded it, or you can either download the game (if it is free) or pay for the app all via the menu. Finding and playing games is very easy and convenient since it is part of the core OS.

From a performance perspective, the Fire TV has plenty of power to run the latest Android-based games. Everything from Dead Trigger to Rayman can be run without any performance issues to speak of. As far as the Fire TV being a capable console is concerned, you won’t have to worry about whether the Fire TV can handle the load. While the experiences on the Fire TV are more in line with devices like the Ouya, Amazon has much more invested in this area and should prove to be quite the challenge for Ouya and Android gaming in general.

The controller itself feels great and gives gamers a console-like feel for a fraction of the price. It connects via Bluetooth so you don’t have to worry about line-of-sight or having the controller in front of the console at all times. It features a button layout that is similar to the Xbox 360, so those that are Microsoft gamers will feel right at home. While we would have liked to see this bundled with the console itself, a $40 additional purchase isn’t much compared to the value the console brings on its own. 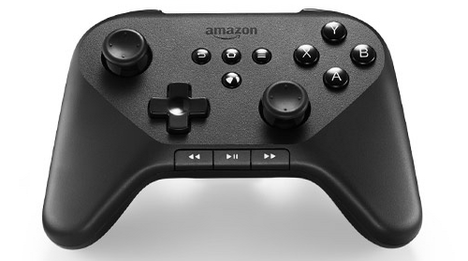 At this point in time, there is only one Amazon Fire TV exclusive title called Sev Zero. It is a third person, tower defense game similar to the Orcs Must Die franchise. It looks great and plays just like you would expect. It is a really nice launch title and it sales for $6.99 off the Amazon.com webpage or right off the Fire TV. Unfortunately, that is the only Fire TV exclusive title, but rest assured that Amazon Game Studios are hard at work producing more quality titles for the console. Just make sure you own a controller before you purchase the game, otherwise it won’t run.

Aside from the console exclusives, there is a very large library of quality console titles for you to choose from including games like Minecraft and Rayman to Dead Trigger 2 and more. The Android platform has hundreds of games ready to play right now and the Fire TV is ready to give you access to them all. You won’t have a hard time finding the games you love or suggesting new ones to play. 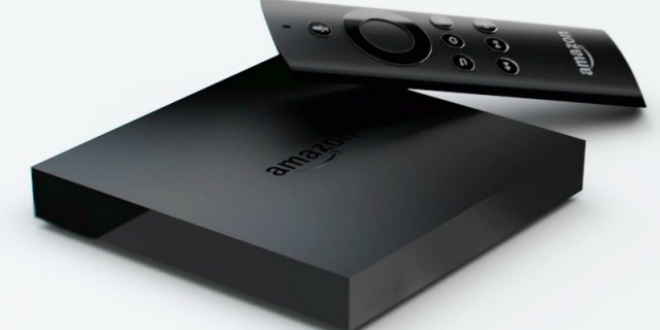 If you are already locked into using Amazon devices like the Kindle and the Smartphone Marketplace, then picking up a Fire TV is a no-brainer. This device will sync-up with your purchases and give you access to pretty much all of your digital purchases. Granted, this is not going to take the place of your PlayStation or Xbox, but it offers a great option for those that want more than an Ouya or even glorified tablet / mobile gamers. The interface is smooth and responsive, the hardware is fast and capable and the gaming library is extensive. Once the Amazon Gaming Studios get rolling, this device will surely be on your must own list. Especially when you consider you get all this for less than half the price of a major tablet or gaming console, this is a great deal  and one of our highly recommended devices.