The Walking Dead: Michonne’s second episode is more brutal, more energetic and more engaging than its first episode. The series still hinges on the strength of Michonne as a character, but Give No Shelter develops most of the secondary characters to make a solid, if not formulaic, episode leading into the third and final chapter. 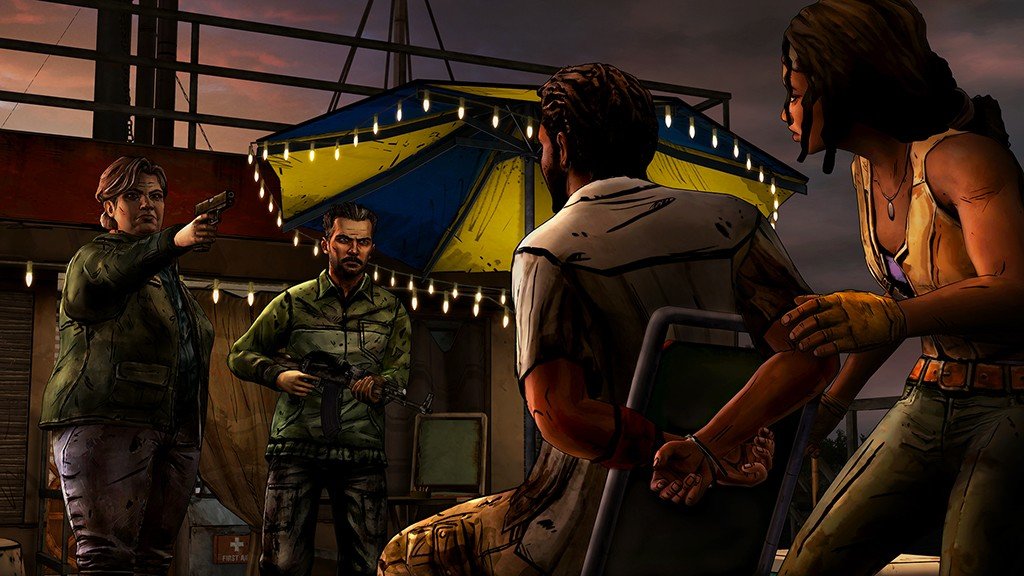 Rising from the aftermath of the first episode, Michonne and company escape from Norma’s boat fleet to Sam’s father’s house for refuge. There the group prepares for what’s coming, as well as dealing with the fallout from the first episode’s big death. This entire episode has quick, twitchy combat that’s deeply satisfying and stylish. Michonne’s experience in combat with a blade is put in the spotlight, as her kills are quick and with ease. As Michonne, you feel powerful in combat, which makes slicing walkers a lot of fun, and it’s some of the best combat Telltale has produced to date.

Without giving away too much, this episode deals heavily with how Michonne’s violent actions can affect others. While other characters see this as a strength, others, like Pete, view her ability to kill as an unnecessary action that doesn’t help resolve situations. Telltale does a great job of presenting this dilemma, as plenty of choices can reinforce Michonne’s violent tendency or suppress it for a more diplomatic solution, and Sam and Pete are almost presented as the devil and angel on her shoulders, except the concept of right and wrong is a little grey when dealing with situations in The Walking Dead. 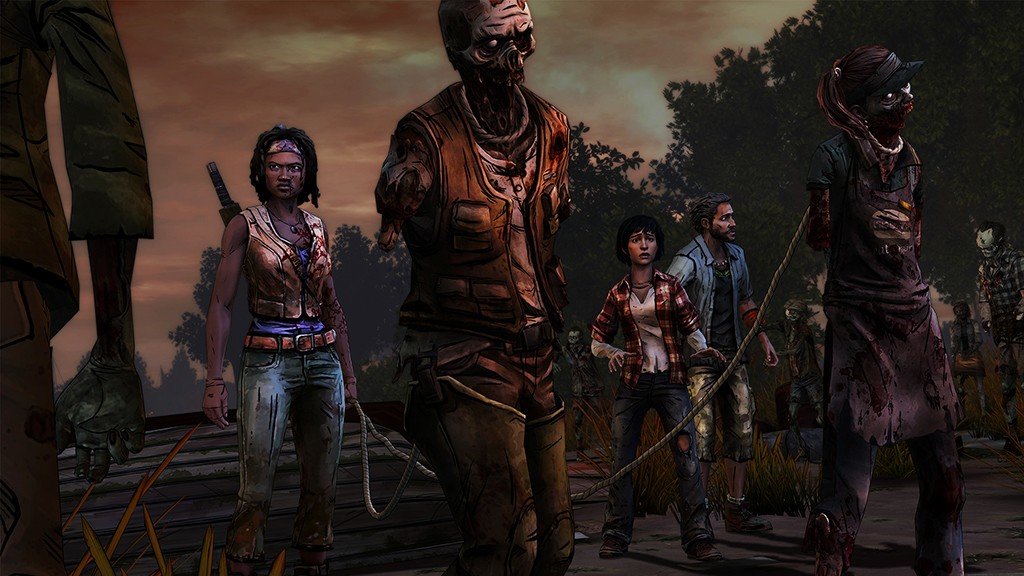 Flashbacks to Michonne’s past are more frequent in Give No Shelter, as certain triggers cause Michonne to think back to the beginning of the zombie apocalypse when she was trying to find her two daughters. These moments are still haunting and can really send shivers down your spine when her two daughters appear out of nowhere when Michonne sees something that reminds her of the past. Although these scenes aren’t as long as I would have liked them to be, they’re compelling enough to leave me wanting to know what happened to give Michonne such trauma.

Secondary characters, especially Sam, have more of their back story revealed, which makes Michonne’s new group a little more likable. This results in each life-threatening situation becoming more emotional and gripping, which was desperately missing in the first episode. Give No Shelter corrects a lot of the issues that deflated Michonne’s first episode and has reinvigorated this short, three-episode series. The stakes are certainly raised by the end of this one, and now that characters other than Michonne are more interesting, the conflict has a higher sense of drama and purpose. 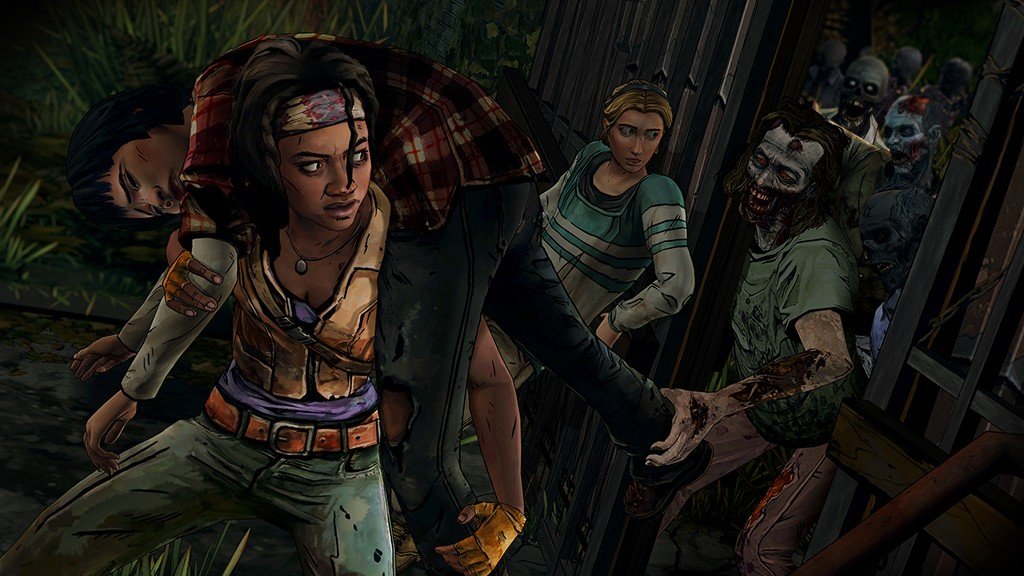 As much as I enjoyed Give No Shelter, a lot of the Telltale’s The Walking Dead formula is becoming a bit stale. The bad guys threaten the good guys. Good guys get captured. Good guys escape while damaging the livelihood of the bad guys. Good guys find refuge. Bad guys come chasing. Bad guys injure a companion. Bad guys meet good guys where they’re hiding for a standoff. If anything in that sounds familiar, then you already know where this series is heading. For as much good as this episode makes up for, it certainly feels like we’re retreating into familiar story lines and character dynamics.

There are a few scenes that feel like filler to lengthen out Give No Shelter’s quick run time. A scene where Michonne and crew are climbing up a fallen transmission tower takes a long time for little payoff, and button prompts to climb plus the inevitable near-fall moments slow down the energy that was produced at the beginning of the episode. This is even more unfortunate, as some standout scenes seem to be cut too short.

Give No Shelter puts the excitement back into the Michonne mini-series after a dull first episode, and even though it may seem like a cut and paste The Walking Dead story, the strength of Michonne and the more-developed secondary characters carry the episode into a solid set-up for the finale.