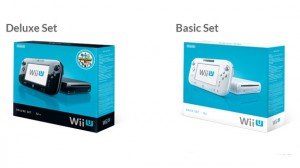 Reggie Fils-Aime the president of Nintendo of America has revealed the sale figures for the WiiU during its launch week. The hardware sold 400,000 units in the US with Nintendo also going on to say they sold 300,000 Wii consoles and 500,000 3DS and DS’s during that same time period. This means that Nintendo has sold a total of 1.2 million units during the WiiU  launch week across all its consoles and handhelds.

Reggie Fils-Aime added: “WiiU is essentially sold out of retail and we are doing our best to continually replenish stock, Retailers are also doing their best to get the product to store shelves. But as soon as product hits retail, they’re selling out immediately.”

The Wii sold 475,000 units in its launch week in the US. However, Gamestop said earlier this month that they had 500,000 Wii U pre-orders so it seems it has sold less than the Wii due to the lack of stock.

So stay Tuned to New Gamer Nation for all the latest gaming news and reviews.