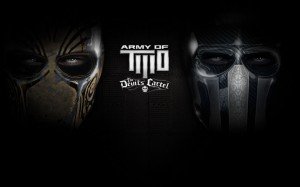 The third game of the series, The Devil’s Cartel is being developed by Visceral Games, made famous by their work on the Dead Space series; one can only hope that necromorphs make an appearance.

You (and preferably a friend) will be heading to Mexico this time around, with the sole mission of taking down a vicious drug lord. However, I am sure that complications will ensue, leading you to many other interesting objectives, probably involving a lot of explosions.

As usual, there are bonuses for pre-ordering: specifically, an upgrade to the Overkill Edition of the game, giving the player access to three exclusive contracts, two new weapons, and Day of the Dead themed guns and outfits. However, the most important thing you’ll need for this game is a fellow gamer to play alongside you.