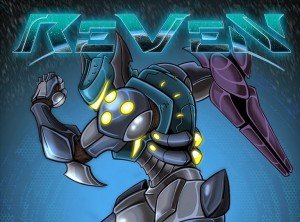 Today, Indie developer Varia Games announced that they are planning a Kickstarter project for their up and coming Metroid-esque, side-scrolling action adventure game, ReVeN.

The game looks to be offering an experience akin to that of the Nintendo classic Super Metroid, along with some very unique and innovative ideas, such as mining for minerals in order to acquire upgrades and using stealth to avoid detection. Players will be able to search and traverse the planet known as XR-KERES and do battle with its hostile inhabitants by using an array of advanced weaponry and tools, all whilst attempting to discover the planets dark secrets.

While there is still very little information available regarding ReVeN, the game is slated for release on PC, Mac and Linux and will have Single-player, Multi-player, Co-op and Local Co-op play. For now though, you can check out the games planned Kickstarter trailer below.