Although the name may not be attached to the game, Capcom’s Umbrella Corps is very much a Resident Evil game. Umbrella Corps has you play as a member of the titular group. This is a multiplayer game with two teams of three trying to kill each other while zombies aimlessly roam around the map. It’s an odd formula for a Resident Evil game – and it doesn’t really work on any level. Ideas feel half-baked, and what ideas are fleshed out seem to contradict other mechanics and make Umbrella Corps such an uneven experience that you’re either going to be bored or frustrated at the end of it all. 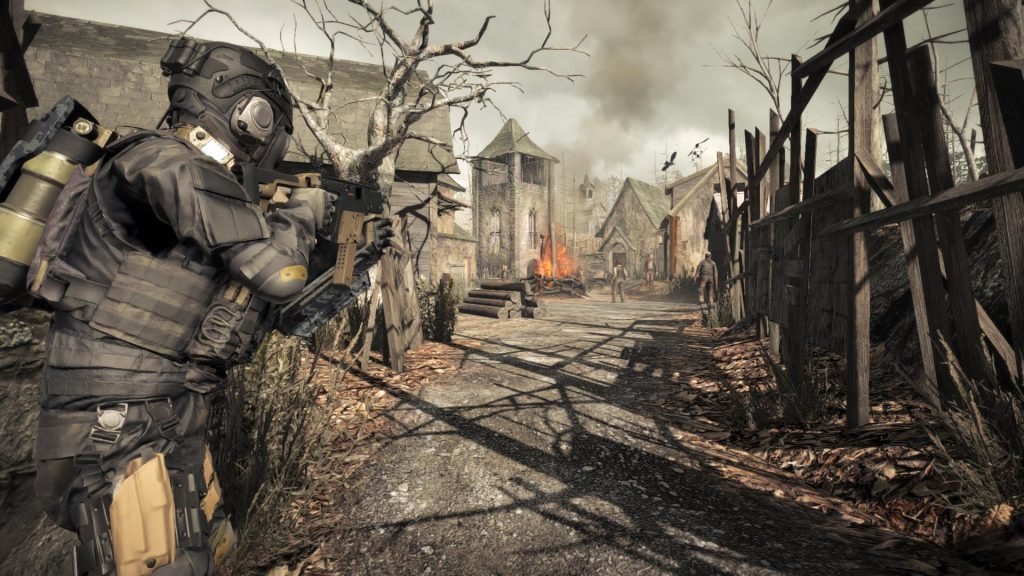 Umbrella Corps is a third person shooter, though you can go into the first person by aiming with your gun. Umbrella Corps teaches you to use cover to your advantage, but I almost always found taking cover made myself a sitting duck, because the game is fast-paced. However, movement feels so clunky that the faster speed and uselessness of cover makes it difficult to rely on the game’s mechanics and what may work in one match may betray you in another. Often my team would hide behind cover and hope the enemy’s aggressiveness would allow us to kill them once they started moving or our team would charge into their spawn to try and kill them.

Other than shooting, you have a chargeable melee weapon called “the Brainer.” It’s pretty powerful because you move faster and the charged up shot can kill in one hit. If you can surprise the other team, you can make quick work of them with it, though it does feel a bit overpowered and some teams I’ve played against use it exclusively. 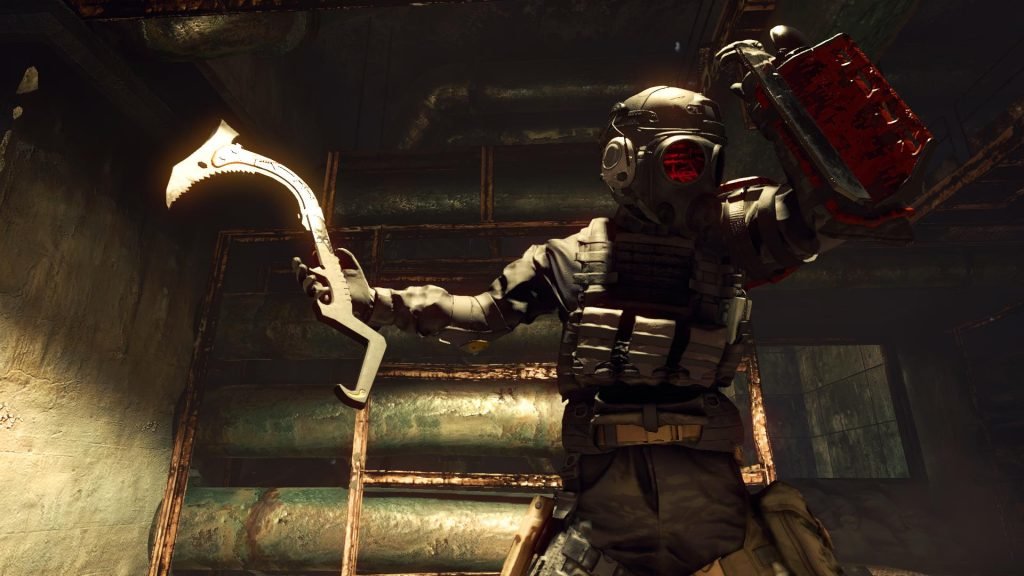 If getting killed immediately or being pinned down in one area for an entire match is your thing, then Umbrella Corps is the shooter for you. Seriously, the map size and design is headache-inducing. Maps are so small that you can shoot your enemies at the start of the match. There might be a small wall or fence that can provide some cover, but it’s easy to have part of your character’s body out to get shot at. This makes matches last less than a minute in some cases. Or, worse yet, you have two players hiding behind cover not doing anything while the clock runs out. When you’re not playing the elimination mode, respawning can also feel cheap as I would often die immediately after spawning from a player who was either camping my spawn or just happened to be looking my way.

One of the interesting mechanics of Umbrella Corps is the jammer. Zombies won’t really bother you because strapped to your back is a jammer that makes them ignore you. This can be used as a strategy to kill your enemies inadvertently. Shooting and damaging their jammer means the once-aimless zombies will now actively hunt you down. It’s not as developed as I would have hoped, but it’s pretty satisfying to snipe an enemy’s jammer and see zombie start chasing them and moving them from what once was a safe cover.

Only one week into its release, Umbrella Crops already has a sparse player base. I could barely find matches on PS4 – and when I did it took forever. Looking at the Steam/PC player base, there are barely 50 players on at a time. It’s hard to imagine this already minuscule player-base won’t shrink even further as the game becomes older. 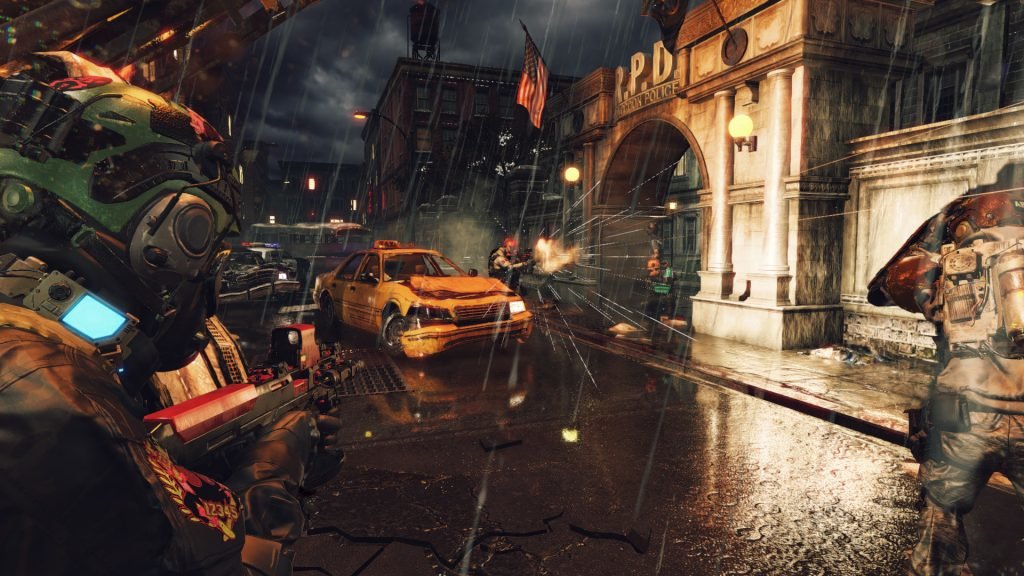 Other than multiplayer, Umbrella Corps has some challenge missions called “The Experiment” to play against the CPU zombies. They’re generally “kill X amount of zombies” and then it’s over. After playing a handful of them, I was already fatigued and bored from mindlessly killing these zombies and it doesn’t offer anything beneficial for the time spent. They’re not particularly hard, and zombies aren’t fun to kill at all.

With a lackluster challenge mode and a slim-pickings multiplayer, there just isn’t a lot of content to digest and to let the game breath. If there were bigger maps some of the mechanics may have worked better. If more emphasis was placed on nailing the mechanics the smaller levels may have benefited. Even with the standard edition being 30 bucks, there’s too little to the game and within the first hour of playing you’ll see most of what it has to offer.

Looking at an already limited player base, questionable design choices, and sub-par controls, Umbrella Corps is a hard title to recommend even for the most die-hard Resident Evil fan. There are better zombie games out there, and there’s certainly better shooters out there. Umbrella Corps is everything that’s wrong with Resident Evil, and it’s one of the lowest lows the series has seen yet.

This review is based on a review copy of the PlayStation 4 version of Umbrella Corps by Capcom. Review copy provided by Capcom.