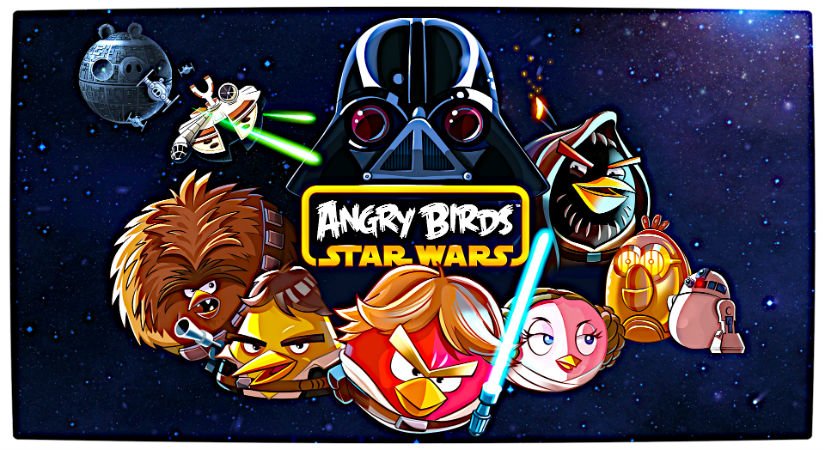 When you think of Angry Birds, Star Wars was probably the last thing you thought when the collaboration was announced back in October 2012. However, fans of both franchises were both excited for the game and when it finally made its way to iOS and Android devices, the game was immediately a smash success. The game instantly made the top downloads section of both marketplaces and it has been a contender ever since. The time has finally come to spread the love to other platforms and the consoles were the next logical jump. Sure it is the same game as the one you played on your phone, but the real question is does the game translate well to a new platform?

The obvious and logical answer to that questions is resoundingly; Yes. The previous game in the franchise on the console, Angry Birds Trilogy, sold over one million copies of the game on consoles alone, so the market is already proven and the mechanics were already perfected for console play. Thankfully for the fans of the series, Star Wars Angry Birds was translated perfectly so you’ll still get to experience the same quality game on the console you always play. This method truly takes the best of both worlds and gives players a great way to experience the game. In addition to the standard game that everyone played on their handheld devices, the console version of the game comes with new levels which just makes this an even more attractive package.

For those that haven’t played the game, Angry Birds Star Wars is the retelling of the classic Star Wars story seen through the lens of Angry Birds. You can play as any of the Star Wars heroes like Luke Skywalker or Chewbacca and the evil pigs suitably play as the Empire. Throughout the campaign, you will relive some of the most memorable moments and visit the most iconic locations in Star Wars from the Battle of Hoth to swamps of Dagobah.  To round out the experience, the original score is played in the background while you take on the Empire, which just solidifies the Star Wars atmosphere surrounding the game.

From a gameplay perspective, Angry Birds Star Wars plays just as you would expect any Angry Birds to play. The goal is still to finish off all the pigs in the area. However, this game manages to inject some new Star Wars inspired special powers to each main character. For example, if you choose to play as Luke Skywalker, you’re special ability is the use of a light saber. At your command, your bird will swing a light saber taking out whatever is immediately in front of it. If you choose to play as Han Solo, you will get to shoot a trio of laser blasts that do a nice amount of damage. Each character has their own ability and it is quite fun to experiment with different combinations of characters and levels as you go for that high score. Taking things to the next level, you now have the ability to call in the Angry Birds’ version of the Millennium Falcon, or as it is known in the game; The Mighty Falcon, to reign and even more potent array of damage to your foes. Be warned that calling in the Falcon will cost you some stars so saving them up is an incredibly imporant, yet wise strategy. 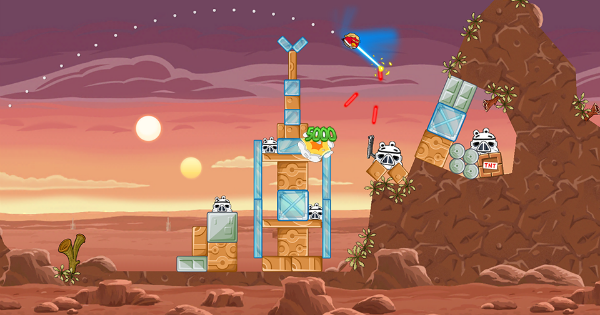 This new console version comes with a new local co-op mode that brings a true multiplayer mode to the traditionally single player campaign. While there isn’t a lot that goes into the mode, there is some fun to be had playing with friends and you take turns flinging birds at the obstacles. We see the mode as more of something that parents can use when playing with young children. The child can do whatever they want and the parent can help finish the level without the child ever having to give up the controller. It doesn’t sound like it would be a big deal, but those with children will know that the back-and-forth sharing of the controller doesn’t always work as intended. This mode allows both parent and child to keep their hands on a controller which makes gaming easier.

The real issue with this release isn’t with the gameplay as much as it is a logistics issue. The retail version of the game retails for $39.99 on the consoles. However, you can get the same game, more or less, for $10 on a phone. Sure there is a price to pay to get the co-op mode and the extra levels, but it doesn’t fully justify the difference in price. Yes this is a great game and it is definitely fun to play on a big screen, so if price is no issue to you, then feel free to purchase this version without prejudice. 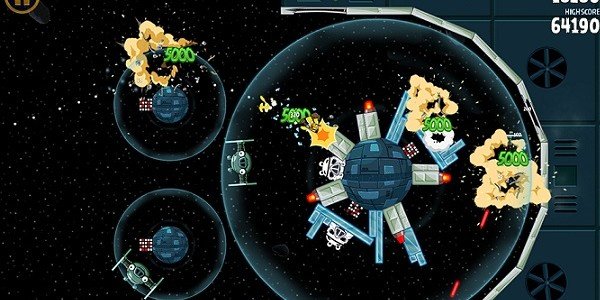 Overall, Angry Birds Star Wars is a great, simple game. Chances are; you played an Angry Birds game before, so there is a level of familiarity with the series. Now, with a Star Wars themed remake of the game, the fun is elevated to an even greater level creating a new and refreshing take on a game we all played quite a bit of. While this version of the game may not be the most economical version around, if you have the extra cash and you want some of the console exclusive features, this is a great option for you. If you love Star Wars or you love Angry Birds, this is truly the best of both worlds.

This review is based on a review copy of the PlayStation 3 version of Angry Birds Star Wars developed by Rovio, published by Activision.

Did you like this? Share it:
May the Force Be With You | Angry Birds Star Wars Review
Positives
Negatives
8Overall Score
Reader Rating: (1 Vote)
10.0