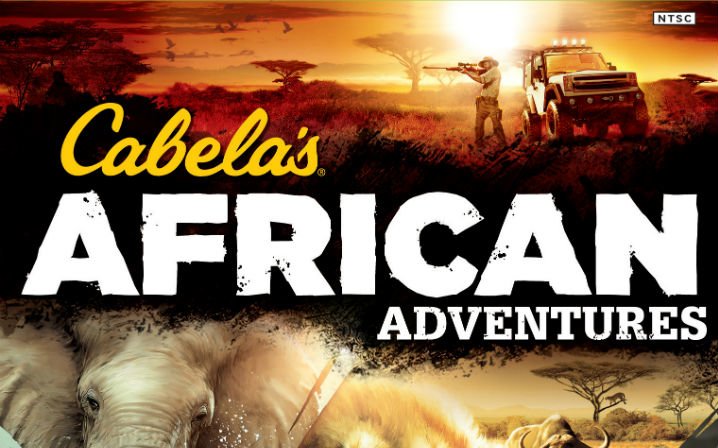 Cabela’s is one of the world’s leading hunting, fishing and camping supply stores in the country and after realizing the potential of video games to influence people, Cabela’s knew it was time to try and recreate the hunting experience in the virtual realm. That was back in 1998, since then Cabela’s has continued a long and impressive run and creating video games and trying to infuse the love of hunting in their product. While every game in the series did not strike gold, it remains a steadfast player in the market today. Fast forward to present day and the time has come to release the latest game in the Cabela’s franchise entitled Cabela’s African Adventures. Does the game live up to the name or does it find itself fighting for its life? 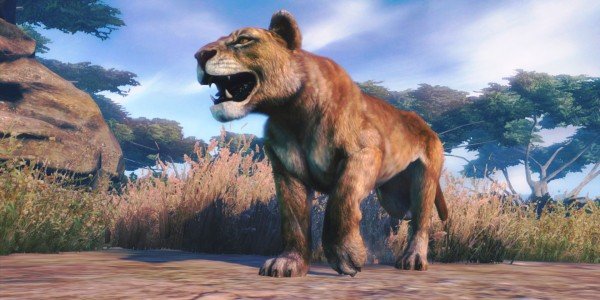 While we have visited Africa in the Cabela’s franchise before, this year’s edition comes with some new bells and whistles that manages to take the franchise in a new direction. The developers gave this game a more open-world feel where, from the start of the game, you have the freedom to go anywhere on the map and explore to your heart’s content. This is a vast departure from the more linear games of the past and it makes this game vastly better than its predecessors. However, the missions themselves are still in controlled environments and remain separate from the open-world.  This structure of missions within a larger open-world helps the game feel more like the wild plains of the African Savannah, but once you get into missions it still feels more linear as past editions of the games have. This feels like a missed opportunity because the over-world seems to keep you immersed in the game, but some missions were so restrictive and linear that it interrupted the flow of the game. While this doesn’t necessarily break the game, it provides an inconsistent experience. Part of the fun of an open-world is having the ability to complete missions however you want and this game just doesn’t deliver on that front.

With a new open-world format comes improvements with traversing the map. At the start of the game, you’ll get access to the jeep that will get you wherever you need to get quickly. In past games, the jeep took time to unlock and making this available from the start of the game definitely improved the experience of the rest of the game. We did find that getting around proved challenging sometimes since the jeep’s controls were very stiff. There were also areas that seemed like you would be able to pass through but the jeep would get stuck in weird areas. We learned that it was always best to stick to the wide open path and try not to take any shortcuts. 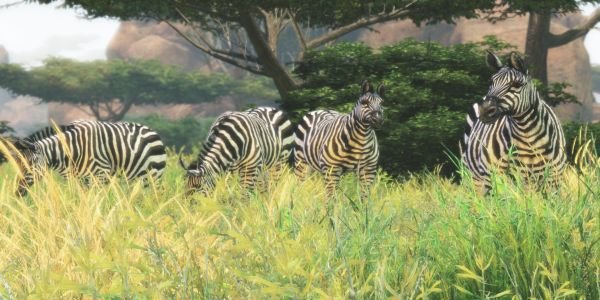 A new edition to this years game was the inclusion of some RPG like elements in the form of a skill tree. This tree allows you to customize your character and give him the skills he needs to tackle some of the more difficult and challenging hunts. Certain missions require certain skills so placing your level up points in the correct place is important to progressing properly in the game. Overall, this system worked well and seemed to fit the tone of the game. However, the skill tree wasn’t the most intuitive tree we’ve used and it wasn’t always clear what direction you should take to get to the hunts you want to go on. With a little practice, you should get a better feeling of where you need to be but getting to that point is a steeper learning curve than expected.

From a graphical standpoint, this game resembles an early PS3 game. The graphics don’t really push the tech of the current gen console in any real way. It looks good enough, but it isn’t going to blow anyone away. Focusing on the graphics would have really complimented the new format quite well and this feels like one of the biggest missed opportunities in the game. Even with a slight increase in graphical fidelity would have gone a long, long way. 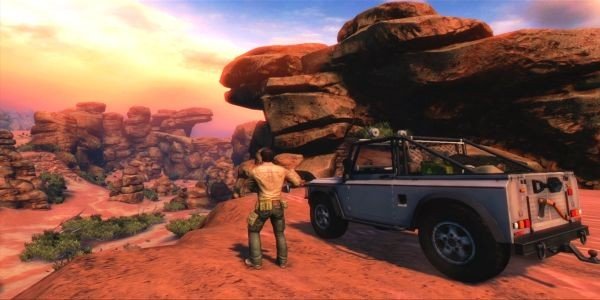 Finally, Cabela’s African Adventures includes a local co-op shooting gallery mode that pays homage to some of the earlier titles in the series. In this mode, you will play an on-rails shooter where you’ll be tasked with taking down as many animals as you can. Whoever gets the highest score by the end of the run wins. You’ll improve your score by using the correct gun, which can be changed on the fly, and hitting as many targets in a row as possible. While this mode has little to do with the main single player mode, it does provide some relief from the campaign and it can be fun with a group of friends. This mode also allows you to use the light gun if you purchased one of the earlier bundles from previous games. Either way, it is a fun addition to the package as a whole.

Overall, Cabela’s African Adventure is an improved game but it still has a number of issues that hold it back from being more. There is still some fun to be had here and if you are a fan of the previous games, chances are you’ll love what this game is. However, for those that are looking for a hunting simulator that provides an accurate, immersive experience,  this game just isn’t there yet. All is not lost, especially when you consider that they moved to a more open-world design. We feel with a little more time and a continued penchant for innovation, this series will surprise a lot of people in the future. Until that point, this game gets a conditional recommendation. 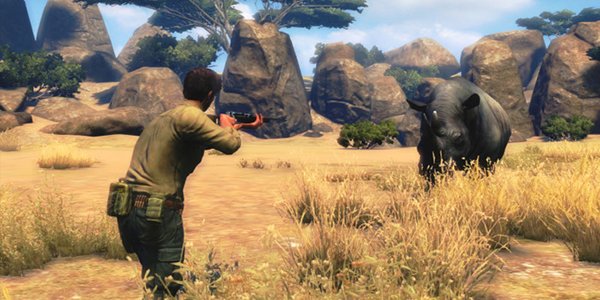