There are tons of gamers out there that absolutely love to immerse themselves in racing. Not just any racing but a racing game that gives you the closest experience to driving a real car as possible. From that passionate game base developed an entire sub-industry of peripherals and add-ons to make that immersion even deeper. Since there is such a strong and passionate fan base attached to these kinds of games, up until now, there were only two franchises that developed these games. You were either in Sony’s Gran Turismo camp or you were in Microsoft’s Forza camp and any one else that tried just failed to grab this fan bases attention. That was until Project Cars hit the shelves. Project Cars is the latest game from Namco Bandai and it is their attempt to provide gamers with a very realistic driving simulation that gives the fans of Gran Turismo or Forza a reason to consider switching allegiances.

When you break it down, Project Cars does exactly what Gran Turismo or Forza does, but it has its own take on things that makes the game feel slightly different than the other two. The biggest different is Project Cars sheer number of racing types and your ability to start a career in any genre of racing you want. You can start your career racing karts or go into formula one right from the beginning. Many of the other series out there make you purchase the car and place it in your garage to start driving in that style of race, but with Project Cars, the entire game seems to be open to you right from the beginning which is a great change of pace. You also have the ability to accept contracts while you are racing so if you do well in your particular brand of racing, you’ll get offers to switch careers whenever you want. You’ll also get one race contracts so you can test the waters and see what style of racing suits you best. This system of contracts makes your experience more fluid allowing you to race what you want more or less when you want to do it. It eliminates a lot of the grinding that other racing simulations make you do and that is only a good thing.

However, this system may be foreign to racing fans out there. It is all about the contract and less about the individual cars and this focus shift may or may not appeal to racers. If you liked the customization or fine tuning the cars themselves, this game clearly steers away from that aspect of the simulation genre. Project Cars is all about freedom and racing the type cars when you race them. The individual possession of cars is deemphasized and that is something that a lot of gamers liked. Since you remove the garage aspect from the game, it eliminates some of the sense of progression that gamers used to feel. In the other simulation games, you would have a garage full of customized cars that you could take with you. These cars were like trophies so you could show off your career progression by scrolling through the cars you had in your possession. In Project Cars, there is no strong sense of progression, it is all about the contract you are playing right now. Sure, there are some goals for your career, but you have very little tangible evidence of it which is one of the aspects of the game that hurts the presentation overall. 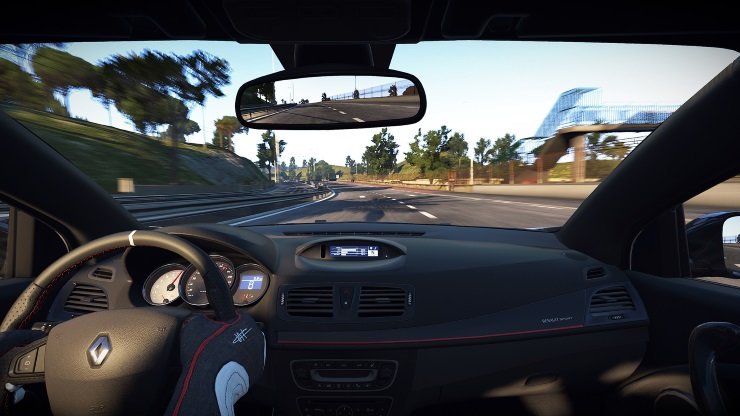 One of the strong points of the franchise is the assist features and the difficulty sliders that the game offers to you from the beginning. Project Cars lets you make the game as hard, or as easy, as you want it to be. For beginners, you can set the game to easy and have the game assist you with breaking and steering which places the emphasis on just going out there and driving. For the hardcore simulation fans, you can set the game to hard and take full control of the game. You will then have to worry about tire changes, breaking, turns and all the other things that go into successfully managing a race. All this is only one menu away making these options readily available and encouraging the player to experiment with these setting and make the game challenging while still being fun.

Another strong point for the franchise is the sheer number of tracks and cars available to drive in Project Cars. There are up to 60 different cars to drive in with many of them being officially licensed cars. In addition there are over thirty different racing locations with over a hundred different variants giving you plenty of tracks to race on. They also included many of the big name tracks which are faithfully recreated in the game. Tracks like Spa, Imola, Donnington, Laguna Seca, and Circuit de Catalunya all make appearances in the game and you can race these tracks at will. There is plenty of variety and choice here which is absolutely necessary in simulation games like this. 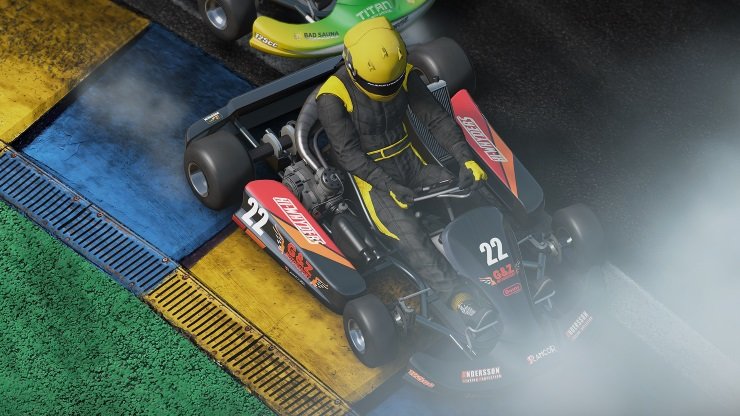 Overall, Project Cars is an excellent game that is only going to get better as Slightly Mad Studios supports the game. It takes a fresh approach to a hardcore genre of games and it does a great job in giving the racing gamers a reason to stop thinking about the cars and start thinking about driving in general. This free contract approach may not be for everyone, especially is showing off and customizing cars is important to you. However, if you are more concerned and excited by managing a race in a realistic setting, this game is an absolute must-purchase for you. We really enjoyed our time with the game and we feel that it is definitely worth your time.

This review is based on a review copy of the PC version of Project Cars published by Namco Bandai.