It was around the time that I was batting demonic frat boys with a spiked paddle into goals for points that I understood Volition was keeping in stride with the absurdity of Saints Row 4. That’s not a bad thing in my eyes at all. Saints Row: Gat out of Hell is as crazy as ever. It does well to keep the flavor of the Saints Row series, but that’s all you really get from it: a taste. It wets your appetite for something more, but never fully delivers. 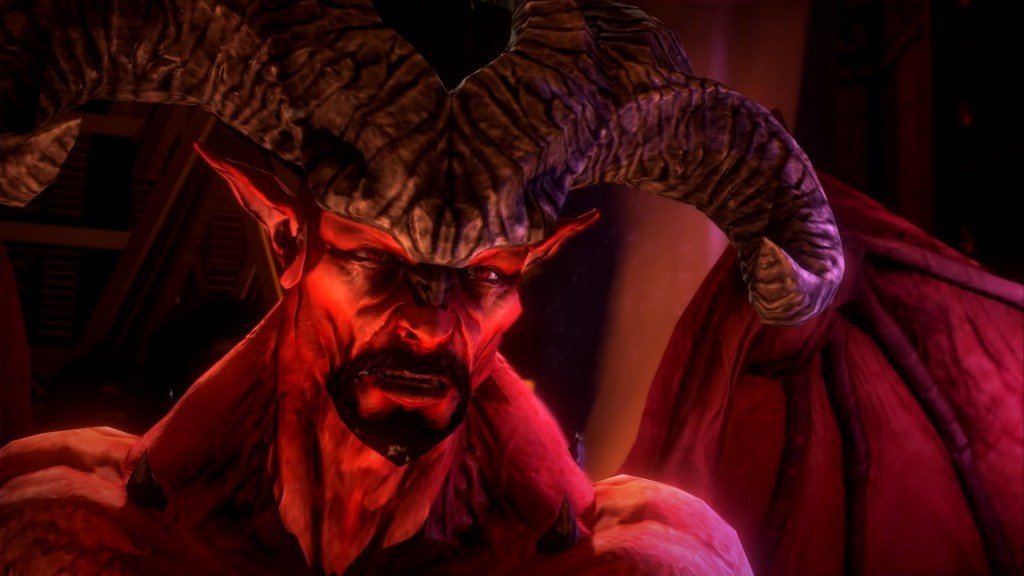 Long story short, The Boss is dragged to hell by Satan to marry his daughter Jezebel. So for the first time in the series, you get to play as Johnny Gat and Kinzie Kensington as they dive into hell to save their leader. This is what allows you to play co-op with a friend, otherwise you simply choose which character you wish to play as. You run into some familiar faces from previous games, and some new faces as well on your adventure into the underworld

Hell is pretty creatively done. It is a new city and not a rehash of Steelport. It had a nice hellish twist on everything. For instance, there aren’t normal people walking around, but soulless husks wandering the street. The police are now demons with guns that drive monster trucks. It’s charming in that Saints Row type of way and certainly feels like a city in the Saints Row universe.

Frankly, the story is insignificant and virtually unnecessary for the game. It certainly has the Saints Row charm that the series is so well known for and there were plenty of moments I laughed at the characters quirkiness. However, it is rather short and besides the very end, it never engaged me in any serious way. Not to say I didn’t enjoy the dialog or cut-scenes, but let’s not pretend that Gat out of Hell is focused on the story. 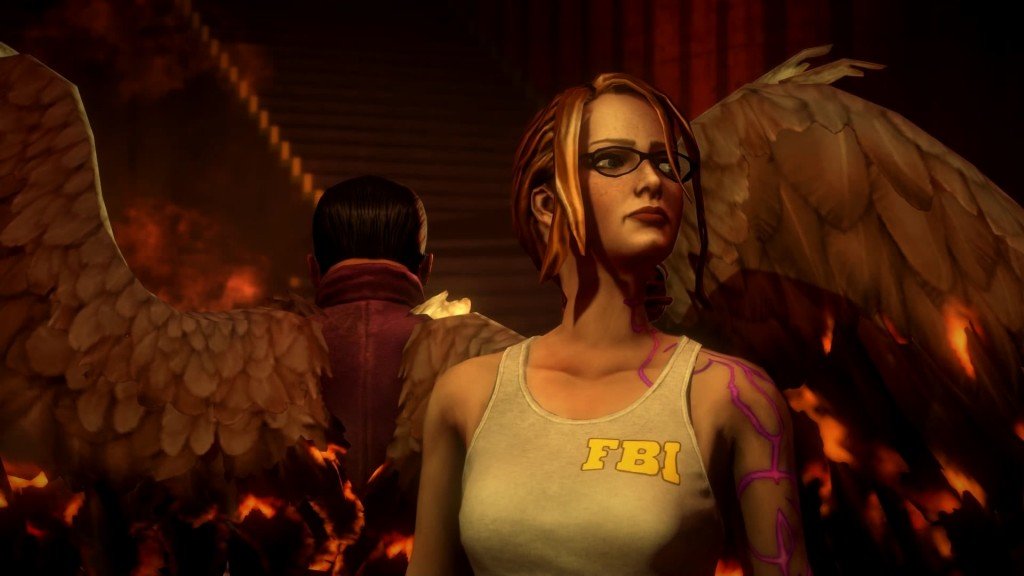 This is mainly due to how the game is set up. Traditional open world games have main missions and side missions. Side missions get you items, exp, money, etc, while the main story missions progress the story. In Gat out of Hell there are no main missions. You progress the story by leveling up. Once you hit a certain level the game advances. The reasoning behind this story-wise is you need to cause a certain amount of havoc to get Satan to reveal himself. Hey, whatever reason there is to cause chaos.

The gameplay idea behind this is pretty neat. The entire point is so you get to do whatever you want. Instead of being forced to do a certain kind of mission to advance the game, you can simply go on a rampage in the city and that will still progress the story. That’s no exaggeration. I hopped into a monster truck, ran over a bunch of cars, and I didn’t feel like it was pointless extra. I was able to do that to my heart’s content as I watched my exp meter full up.

That’s pretty cool in theory, but it does have some issues. Generally, the main story missions are usually the most fun in any game, if they aren’t, then that game has some other problems. That aside, doing side missions for an entire game will feel repetitive eventually. That stands true here, since they don’t change or adapt much throughout the game. Even worse, there aren’t that many kinds of missions. 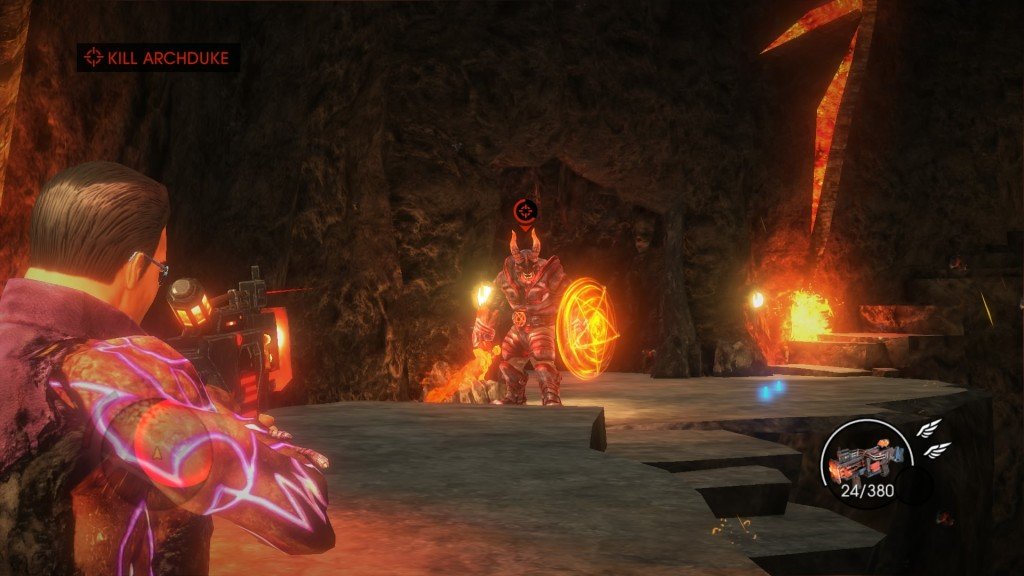 The game introduces characters like Shakespeare and Blackbeard and I was hoping these side characters would present you with some new missions. Sadly, I was met with the same generic “survive three waves” or “fly through the checkpoints quick enough”. This is a missed opportunity to have specific character missions with these entertaining additions to the cast. There was virtually no difference between doing a missions for Shakespeare versus Blackbeard.

Those missions are fun, but they get old if you keep doing them over and over with the only difference a new location. Yes, you can do whatever you want to advance the story, but the best way of doing it are the side missions that never change. Normally, those type of missions are padding when the main missions are what you write home about. In Gat out of Hell there are no main missions, so you are left with the smaller missions that only feel like extras…except they are the whole game.

Luckily, the gameplay is as fun as ever. Admittedly, nothing has really changed, but the strange weapons – like an exploding frog canon – are definitely still present. Saints Row is riotous fun when you’re causing mayhem in the demonic city with hilarious weapons, but the real fun I had was being a superhuman that could fly.

When you dive into hell you are presented with Lucifer’s broken halo. Throughout the game you unlock arcane powers that range from a powerful stomp blasting people away to turning people to stone. Using these powers on your enemies makes you feel like a god, and it never gets old taking on hordes of enemies. However, the most fun you’ll have is flying around the city. You are given wings and are able to traverse the city at lightning speeds. You can’t fly forever, so it takes a little skill to stay aloft for extended periods of time, but it is pretty easy to master. There were plenty of times I would forget about the rest of the game and fly around collecting orbs to level up my powers instead. When the missions become repetitive, there is a lot of fun to be had simply exploring the hellish city. 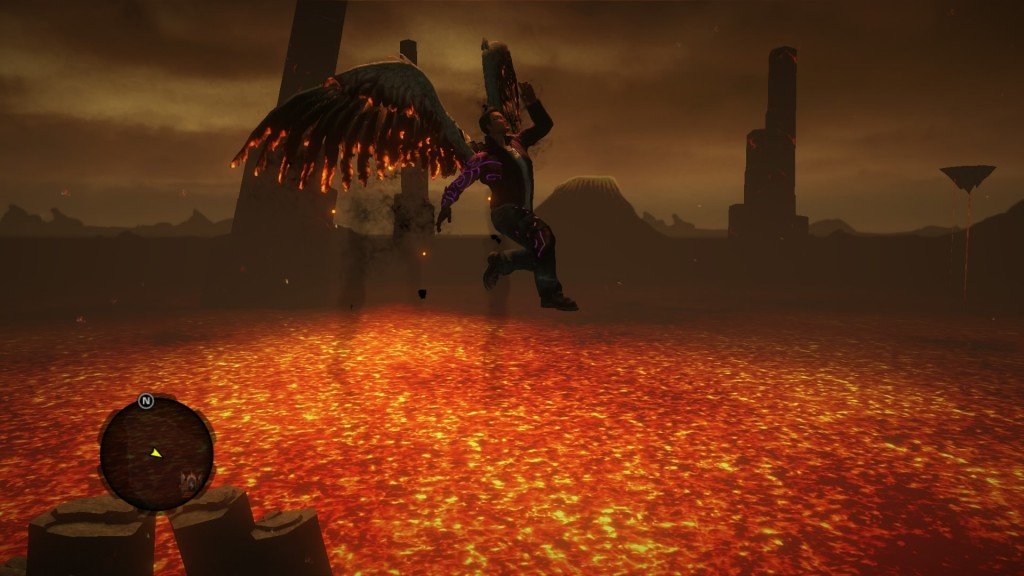 Gat out of Hell is has some other issues that can be pretty glaring. One was even game breaking. There are numerous bugs that you will run into. Some are minor issues, like enemies being hallway up a wall but standing as if on solid ground. Every time you unlock a fast travel point, you fight an arch demon, but if you stand in a certain spot, they can’t get to you. They stand still and may throw some fire at you but nothing major. I never struggled fighting any of them. I flipped a tank on its side once but it managed to shoot through its floor just fine. Once I got stuck in the grounded and the screen froze. After a few seconds the game acted like I died and reset. Annoying, but since I wasn’t doing anything important it was easy enough to shake off. The character will interact awkwardly with some walls here and there, but only for a moment or two.

Those are annoying bugs, but since the game is kind of absurd anyways, I can look past them. However, one issue almost made me start the game from the beginning. After a certain cut-scene occurs, you gain control of your player but someone is speaking to you over the phone. He instructed me to perform a task, but at that moment I somehow managed to start a different mission. After completing the side mission, I could not complete the task he set for me. This wouldn’t be that big of a deal if it didn’t involve all the side characters. I couldn’t speak with them for spoiler-related reasons, so I couldn’t unlock their missions. I was stuck doing random tasks, which would’ve taken a lot longer to advance the story than the character missions. Luckily, I had saved in a different file. I had to go back an hour and redo a lot of things I already did, but it was better than starting over. Here’s you’re warning: do not start any missions if someone is speaking with you (just in case) and save often and in multiple slots! 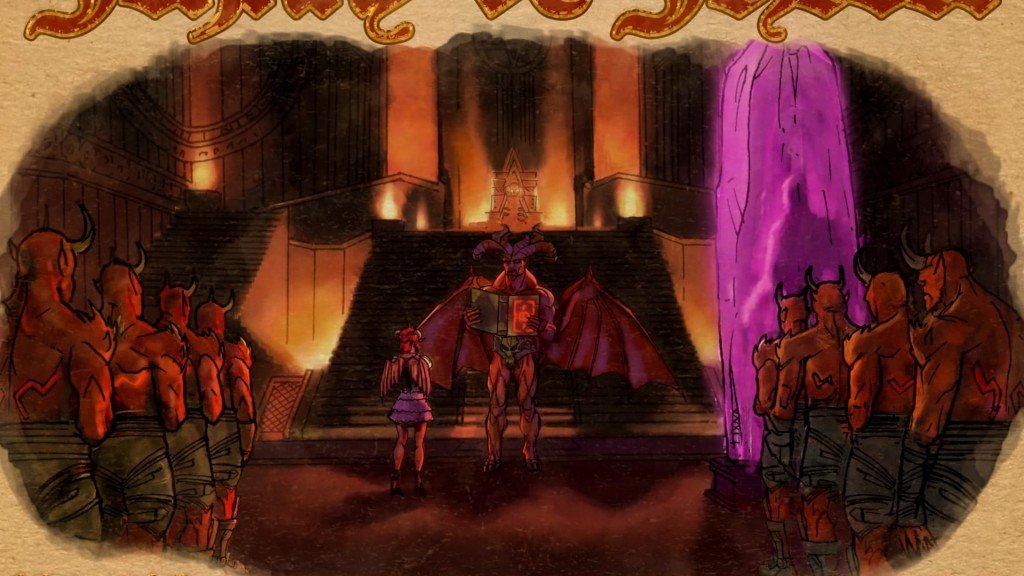 When it comes right down to it, I had fun playing Gat out of Hell and I know I have more to do. The problem is everything else I have left to do I’ve already done. More survival missions, more flying through checkpoints, more mayhem missions, and so on and so forth. I’m not feeling any strong pull to play more of it. The only thing I want to do is explore the city more, not do the missions, but just have fun messing around. That’s the biggest positive I can draw from it. It’s fun, but I can’t find reason enough to claim you absolutely need to play it. The 20 USD price tag makes it more appealing, and Saints Row fans will find definitely find some enjoyment in this short title, but it won’t be enough to hold anyone for long.

This review is based off a review code of the Playstation 4 version of Saints Row: Gat out of Hell developed by Volition and developed by Deep Silver.

Did you like this? Share it:
Hellish Fun | Saints Row: Gat out of Hell
Overall Score7
Postives
Negatives
7Overall Score
Reader Rating: (0 Votes)
0.0