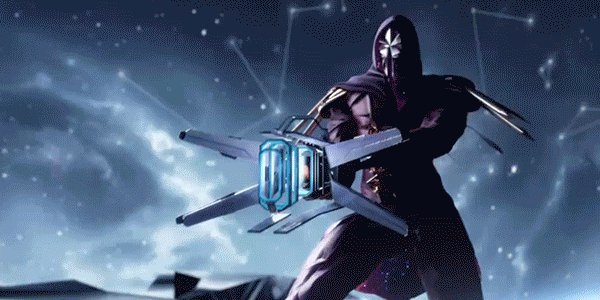 Harmonix, the studio behind Guitar Hero and Rock Band, has recently announced a new game they’re working on called Chroma.  Chroma is a free-to-play music based first person shooter coming solely to the PC, yes you read that correctly, a music based FPS.  Harmonix has teamed up with Hidden Path Entertainment, the studio behind Counter-Strike: Global Offensive, to deliver this highly experimental experience that will attempt to seamlessly blend the two completely different game genres.

Like many other shooters, you can choose between various classes and pick primary and secondary weapons, but where Chroma separates itself is the inclusion of rhythm as a game mechanic.   Music can affect the player’s abilities as well as how the player moves around the map.  For instance, each class has the ability to dash but if you manage to time your dash at the same time as the downbeat your dash will last longer.  On the same note, there are class specific advantages for timing your actions correctly with the beat.  One particularly useful example of this is with the Sneak class.  The Sneak class uses a sniper rifle that can be fired at any given time, but when fired on the beat it can provide single shot kills.

Chroma is currently in its alpha phase and offers two playable game modes.  Additional maps, music, and game modes will be made available for purchase.  A closed alpha of the game will be released later this month with a public beta scheduled to come out later this year.  At the moment Chroma is targeting a fall release date.  If you’re interested in trying the game for yourself, you can click here to sign up for the closed alpha.