Those that have been waiting for the arrival of Gears of War 4 since its announcement at Microsoft’s E3 conference won’t have to wait until the fall as the game is set to launch on the Xbox One on October 11. While not much has been revealed about the game, we do know the game is set to take place 25 years after the conclusion of the trilogy and features new three new characters facing a new enemies over a 24-hour journey. While it may not follow anyone established in the franchise it does include J.D. Fenix, the son of Marcus Fenix, the main character of the original trilogy.

Speaking to Entertainment Weekly, The Coalition’s studio head, Rod Ferguson revealed a few more details about the game. “The thing for us is, you know, we’ll never be a survival horror game. When you have guys this big with chainsaw bayonets, you can never disempower them enough. For me I really like the words ‘tension’ and ‘drama.’ It’s really where we’re trying to push.” Ferguson added “That’s what we’re really trying to do with 4. We’re trying to go back to that feeling, so we’re taking the story down from — if you look at Gears 3 as this sort of planetary genocide or trying to save the human race from extinction — we wanted to get back to the story of three people and one night, and how can these three people survive this one night. Getting that intimacy back with story, and the intimacy back in terms of tone and to allow you to be afraid again.”

When asked about the multiplayer aspects of the game, Ferguson said the studio is focusing on all aspects of the game from the beginning. “What that means is that multiplayer has been greater served by our design team and our resources to make sure we’re doing the right things. I think people having an opportunity to feel that and feel like, ‘Oh, this different studio has created a Gears experience.’ It feels like Gears and it plays like Gears, but now there is more nuance and sophistication into some of the things that are there. I think it should be pretty exciting for people. I wanted to try some new modes, new maps, new weapons, all the usual fun stuff.”

Entertainment Weekly also revealed the cover art for Gears of War 4 but for those that want a taste of gameplay should know the multiplayer Beta begins April 18. 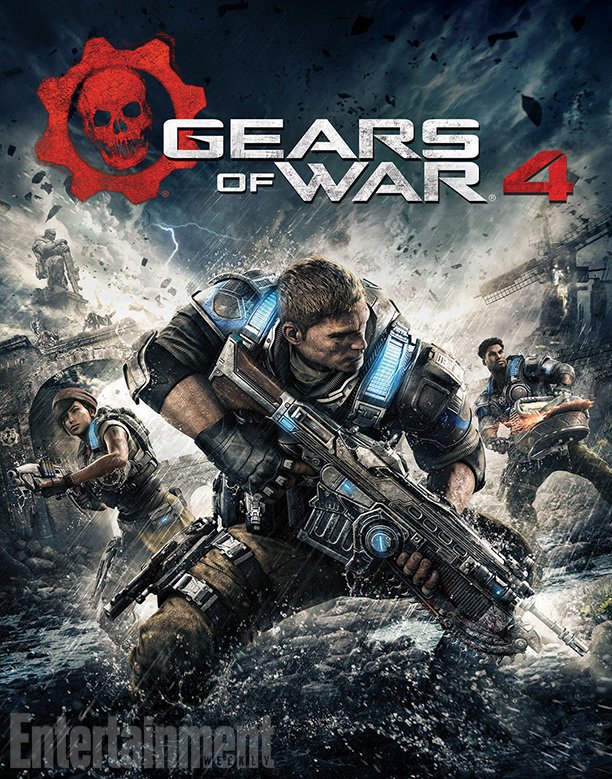 What do you think gamers? Are you excited for Gears of War 4? What do you think of the cover art? Let us know in the comment section below and for all things gaming, stay right here to New Gamer Nation.