The time has finally come to end the Lords of Shadow story arch and Dracula is coming into the spotlight. The Lords of Shadow story arch has been a tremendous series for Castlevania. It managed to bring the storied franchise back into the good graces of gamers everywhere and it was a worthy of the Castlevania name after an extended hiatus from consoles. Now we find ourselves at the end of the line with Konami and Mercury Steam pulling out all the stops. Does Lords of Shadow 2 conclude the arch on a good note or did the hype get the best of it? Step into the darkness and let’s uncover the truth of Dracula’s past. 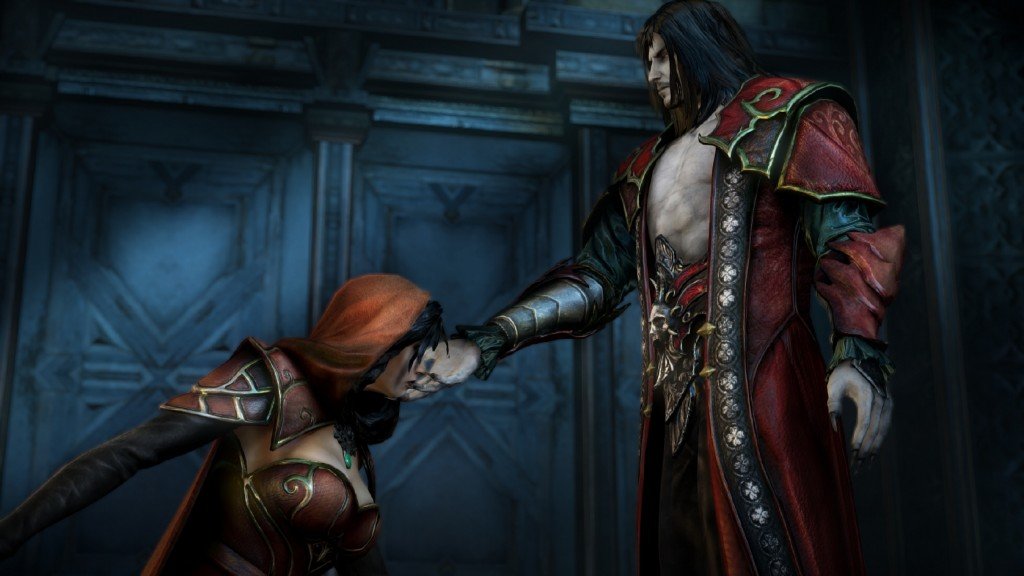 There is no getting past the fact that in order to get into this game, you must know that Gabriel has made the transformation into Dracula. It is the unfortunate consequence of starting a game with a cliffhanger prequel. However, there is more to the story than just the fact that Dracula is the main character. In Lords of Shadow 2, Zobek makes his return as he prepares and briefs Dracula on what has been going on in the world since they parted ways several hundred years ago. We learn that Satan and his minions have been scheming and preparing to take over the world and Dracula learns that he is the only one able to stop this advance. At the end of his trails, Dracula will be rewarded with the one thing he’s always wanted, the eternal embrace of death.

Those that are familiar with the updated Castlevania combat system should feel right at home with this year’s edition. The game controls extremely well and carries on the tradition of a solid hack-and-slash control scheme. In Lords of Shadow 2, the traditional combat cross is replaced with damage dealing claws and a health restoring sword. It make look different aesthetically, but it follows the same concept as the light and shadow magic system from the first game. However, this time around the combat in general feels less tactical and more spontaneous. Players are rewarded by mixing standard and area-effect attacks with blocking and tackling. It isn’t a drastic departure, but it feels better this time around and less calculated and predictable. The game encourages you to use the move set you were given and that exploration makes the game fun to play. There is also a newly retooled experience system which allows you to unlock new moves as you fight. This is a vast improvement over the previous system and allows you to customize your move set whenever you want, as opposed to just at the end of a chapter. 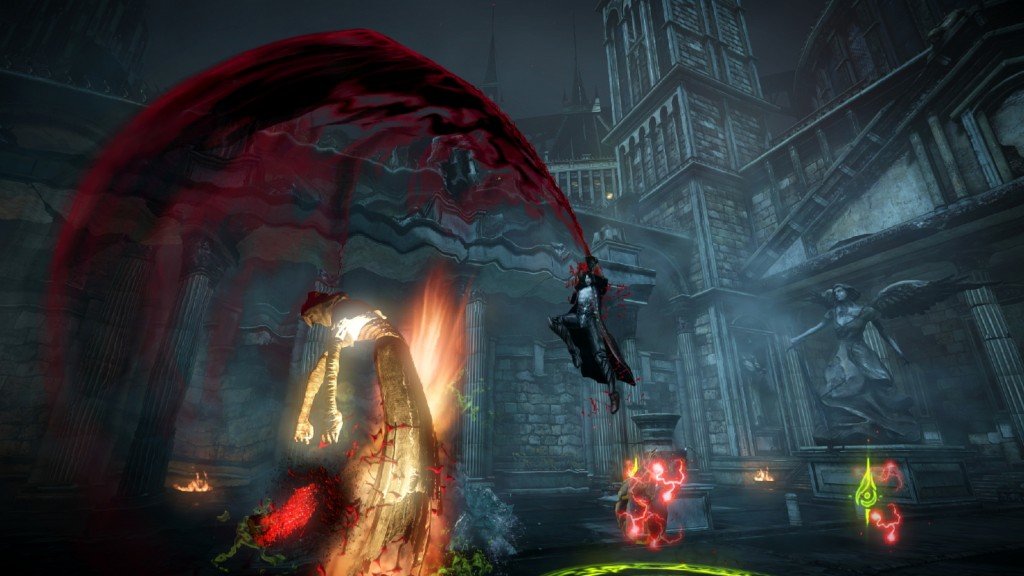 Perhaps the biggest change to the franchise is the switch from a mostly linear campaign to an open-world concept. This switch brings a lot of positive aspects to the franchise and a few things which held it back. One of the biggest issues with the first game was the fixed camera position combined with a number of difficult platforming sections. More than once, players were forced to make blind jumps and it caused some level of frustration. This time around, players can move the camera which allows a more strategic vantage point and improves the game significantly. However, this game does include a new stealth mechanic for some parts of the game which feel completely out of place. Most of the game encourages you to take on all your enemies head on, but in only a few instances, you have to sneak past a section of the game. While it is understandable to want to switch up the gameplay as much as possible, it doesn’t fit the tone of the rest of the game.

From an artistic perspective, Lords of Shadow 2 looks amazing and keeps the same style of art from the first game to this one. The world is beautifully detailed and keeps a dark and moody overtone. It suits the story perfectly and is a treat to see in motion. The only issues that stood in this game’s way of becoming greater than the original is the overuse of the modern day setting. While it fits the setting which the developers created, it doesn’t capture the classic Castlevania gothic design. The first game did an outstanding job at throwing you into, what all gamers would identify as an unmistakably Castlevania-inspired world. This time around, the game is taking place in modern times, and while that isn’t a first for the series, it doesn’t have the impact it should. It just feels out-of-place for the series and creates more confusion than inspiring awe. 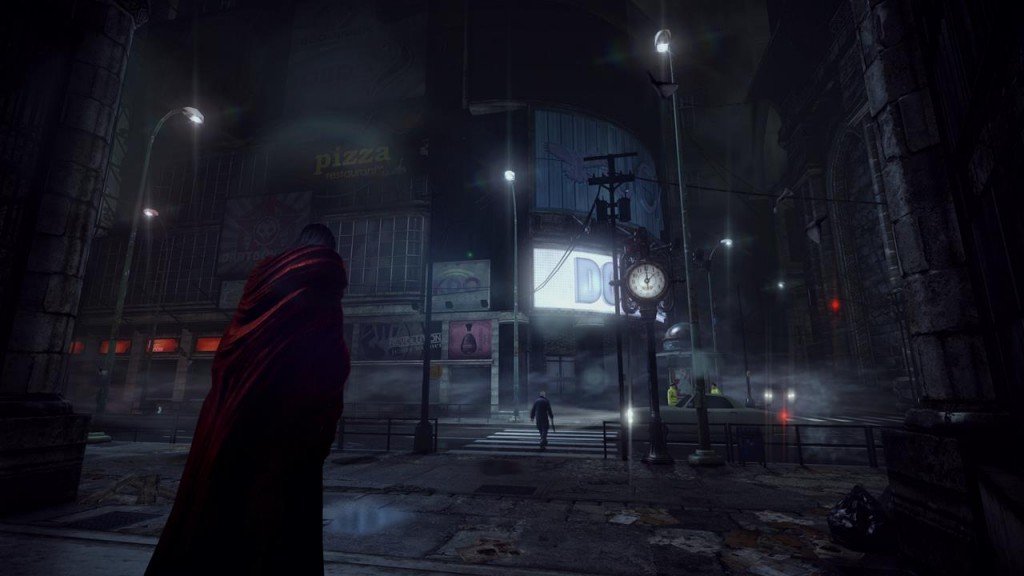 Finally, Castlevania: Lords of Shadow 2 seemed to miss the mark when deciding what Satan’s minions should look like. On one front, most of the bosses look great and create several memorable moments for the series. On the other hand, many of the lesser enemies are forgettable and border on ridiculous. When Dracula is fighting mechs, there are some issues. Many of the game’s characters fall to the same fate. You have some great characters like Dracula’s family but meet a host of other characters that fail to leave an impression. This seemed to be the theme of the game with moments of gaming brilliance mixed with questionable design choices.

Overall, Castlevania: Lords of Shadow 2 is a mixed bag that trends towards the positive. The new open-world concept works great and solves the camera issues with the first game. The characters, models and environments look great for the most part but leave out the gothic feel of the first game. Unfortunately, the game features several stealth sections which take the player out of the action-orientated experience they’ve come to expect, and leave you wondering why Dracula can kill everything in the game except for these specific enemies. The developers seem to have tried to change too much at once and all that new content was hit-or-miss. With all that said, we still feel like Lords of Shadow 2 was a worthwhile experience. The off-shoot comes to a satisfying end, and especially if you’ve been playing the games, you’ll want to play this through to see the ending for yourself. Pick it up and give it a shot, though some of the design choices will frustrate you, it gets a lot better in the second half of the game.

This review is based on a review copy of the PlayStation 3 version of Castlevania: Lords of Shadow 2 developed by Mercury Steam, published by Konami.

Did you like this? Share it:
Dracula's Back in Town | Castlevania: Lords of Shadow 2 Review
Positives
Negatives
7Overall Score
Reader Rating: (0 Votes)
0.0