When I hear Nippon Ichi releasing a Disgaea game, my ears always perk up dood. Why? Simply because the Disgaea franchise is a staple for me when it comes to SRPGs. Each and every iteration continues to bring a fresh take on the tried and true mechanics that it has come to be known for. In fact, Disgaea 5: Alliance of Vengeance, has some new tweaks to it that really hit a sweet spot for me.

First off, let’s jump straight into the story aspects of the game. To be honest, I rarely enjoy the actual story of a Disgaea game and while D5 certainly started out that way, as the story started to unravel towards the last few chapters, I did find it actually intriguing. There are certain characters that I just absolutely loved digging into their past and getting to know them, while others I could personally care less for. Characters tend to be over-the-top and thoroughly extreme on one side of the spectrum in terms of personality which is fairly par for the course for a Disgaea game. You have the super meat head Red Magnus, which might appear to be modeled after The Rock (on Speed), based on some of his dialogue, while Seraphina is clearly modeled for fan service. The main character, Killia, is the silent-type with a mysterious past. The dialogue sticks to the traditional Disgaea formula of completely random bits sewn in with snippets of comedy and positive themes of team work, love, and saving the world (albeit the Netherworld). Again, I love every single Disgaea game made to date and despite not really digging the story I come back to them over and over again for the gameplay, as that is where the franchise thoroughly shines. 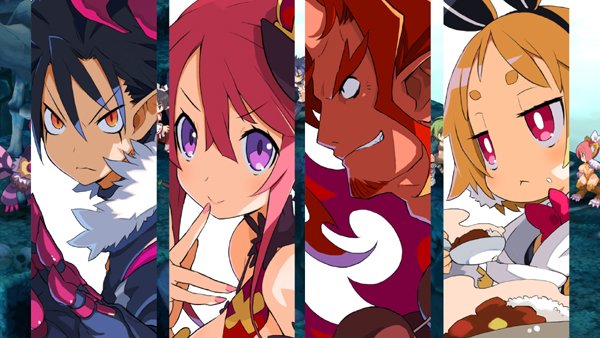 There is such a deep level of customization in D5, that even I am completely blown away. In fact, to someone who maybe has never played any of the previous games, it might even feel a little overwhelming. From squads, managing/farming innocents, the item world, researching other Netherworlds, completing quests, upgrading skills, reincarnating characters, passing bills in the assembly, making your own maps, modifying stats with cheats, using alchemy to create items, hell even cooking your own curry; it is absolutely crazy how many things you can customize and do in this game. 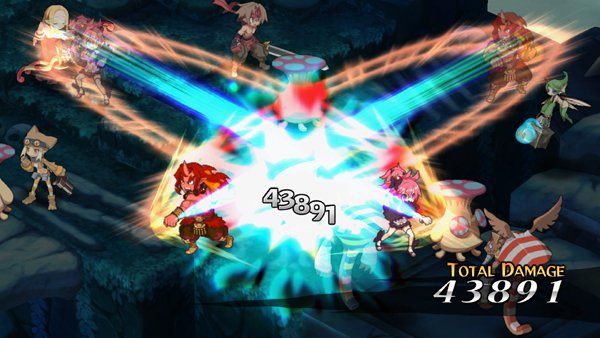 As mentioned previously, there are some new tweaks that I absolutely loved. For starters when you create a character from scratch using the recruiter you can actually bring them up to your current level (by using your in-game currency, HL), which saves a lot of time leveling them up. The item world returns as well, with a few modifications. Skipping levels won’t level up your items (boo) and there are items called Divers which look like a green Mr. Gency Exit, which allows you to skip floors (I’ve only seen 5 and 10 so far) to help you get to the deeper levels faster with harder enemies and better loot. Honestly, I always find myself just sinking hours upon hours in the Item World and by the time I go back to the main story, I am so over-leveled that I can breeze through it and just enjoy the show. Another glorious addition to the game is the concept of subclasses, which allows your characters to quickly start learning skills from a different class without needing to reincarnate. Skills can be learned through traditional leveling as a certain class (or subclass), or they can be learned instantly through skill scrolls which can be found in treasure chests or transferred between characters.

Another new addition is the Chara World. Now if you played the last few Disgaea games, you might be thinking this isn’t new. The Chara World from Disgaea past is no more. The concept of lifting and throwing blocks to make them disappear earning you bonuses are a thing of the past. The Chara World in Alliance of Vengeance is basically a board game, similar to Mario Party without the multiplayer mini-games. Depending on which tiles you land on you could gain/lose mana, money, or stats. Defeating enemies will yield bonuses provided you are able to make it to the goal line before you run out of turns. In fact in the later difficulties you can fight a shadow version of yourself, which if you defeat will boost all stats and aptitude bonuses. If you do make it to the goal, you will have your choice of learning new special skills / Evilities, boosting equipment efficiency, or bumping up attributes like how high you can jump, how far you can throw or move, or increase your number of counterattacks. Disgaea games have always had an obscene amount of customization available to the player, but D5 really takes the cake.

When you finish the main story arc, you can easily sink a good 100+ hours into the post game diving into the item world, farming equipment, trying to kill Baal (good luck). While not available at the time of this review, DLC is slated for D5 as well, so you can expect to sink even more time into it! Honestly, aside from the initial ‘meh’ story, my only real beef is with the song that continuously plays in the base, which sounds like a girl just whining. At least if you really wanted to, you could use the PS4’s ability to load your own music off a USB stick to listen to whatever you want while grinding. All in all, Disgaea 5: Alliance of Vengeance is thoroughly entertaining and would make a great game to add to the collection of any SRPG fan. If you are looking for a game to sink in a ton of time and truly get your money’s worth, look no further.

This review is based on a review copy of the PlayStation 4 version of Disgaea 5: Alliance of Vengeance developed by Nippon Ichi Software and Published by NIS America.