If I had to describe #IDARB in one word, I would call it crazy. Crazy just isn’t enough, but it is the best word to explain the amount of action and insanity that occurs on-screen in one match of the meme-filled eSports extravaganza. Once you’re going for a goal, the screen goes dark, and you get Rickrolled mid-game, you’ll see what I mean.

#IDARB, which stands for It Draws a Red Box, began in a unique way befitting of the game’s nature. Developer Mike Mika tweeted out a general question to his followers, asking how he should proceed with the development of a new project that at that time was nothing more than a red box and some platforms. Roughly a year later and with input from the community surrounding the game, #IDARB was released.

Where to go with this? I've started a new project, it draws a red box. Thinking platformer. #helpmedev pic.twitter.com/YmdOBhXEXq

Superbly tight controls make each round of #IDARB fun to play and make it easy for complete novices to join in the fun. Matches work like soccer on speed: get the ball in the goal with eye-catching distractions happening all around you. Scoring varies depending on how far away from the goal a shot was made, with longer shots garnering more points. Extra points are awarded for alley-oops made to teammates and if the ball bounces before it goes in the goal.

Spectators of live matches of #IDARB are able to contribute to the mayhem with hashbombs on either Twitch or Twitter, with commands like #smash, which destroys the white platforms on the playing grid, or #ice, which makes the entire playing grid slippery. The hashbombs only last for a few seconds, and while some are merely cosmetic, others like the aforementioned #smash and #ice can completely alter gameplay. My favorite? #cake, which places portals at the top and bottom of the sides of playing grid, a nice shout out to Portal. 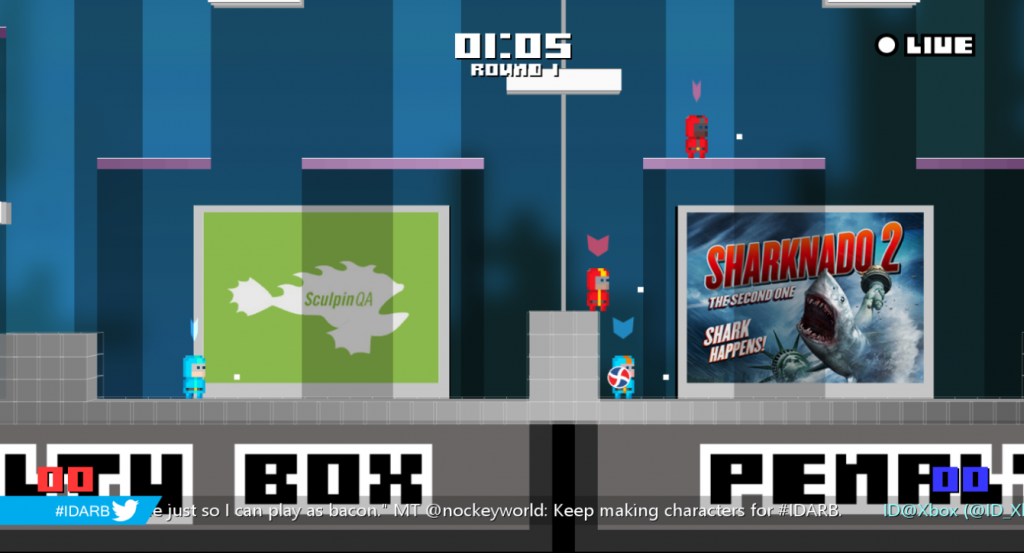 Four on four multiplayer is #IDARB at its best. Eight players bouncing around on-screen while chasing, passing, and stealing the ball is absolutely chaotic. For a nice change of pace, random entertaining minigames break up the action during half time. One on one matches involve a little more skill, but are decidedly less fun than playing with multiple team members. There is also a single player campaign, but given that it offers nothing in the way of unlockables or achievements, there is really no other reason to run through it other than getting used to the controls and the chuckle-worthy back and forth between teams before matches.

#IDARB provides customization tools for the creative types that let you create your own players, teams, and theme songs. Imaginative players can create their favorite characters from other games or movies to go along with the other themed teams or make completely original creations. The possibilities with these tools are endless and they’re easy enough for anyone to use. 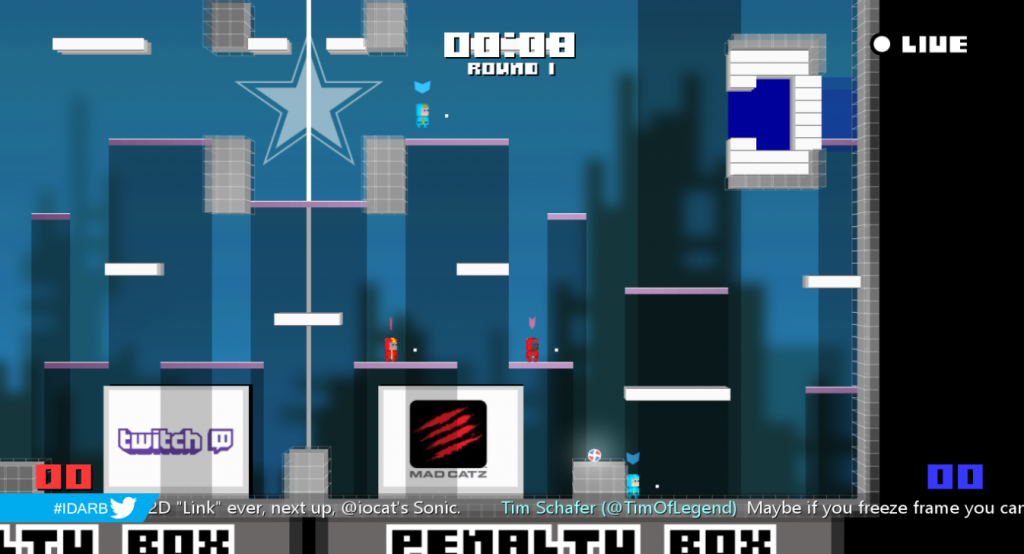 While the multiplayer aspects of #IDARB make it worth trying alone, I wish there was more content in single player. As mentioned before, one on one online matches are easily less fun than multiplayer matches and can quickly turn into one-sided affairs if the skill levels of the players involved aren’t the same. I also wish there was some sort of incentive for finishing the single player campaign. That being said, this game was clearly designed with multiplayer in mind and makes for one hell of a party. So grab your friends, get online, and hop into a round of #IDARB.

This review is based on a retail copy of the Xbox One downloadable version of #IDARB developed by Other Ocean Interactive.