Call of Duty: Infinite Warfare could possibly be the first Call of Duty I don’t purchase in close to a decade. It’s not that Infinite Warfare is horrendously bad, nor is it for any reason that proclaims itself as a serious negative issue. Infinite Warfare’s biggest issue is that it can be mistaken for the last two Call of Duty’s with almost nothing new brought to the table. It appears as if Infinity Ward – known for bringing the series to its famous position as one of the most popular video games with Modern Warfare – is now content with bringing up the rear behind Sledgehammer and Treyarch by borrowing all their ideas.

The beta occurred last weekend and minus a few expected hiccups, it went fairly smoothly (at least for me). I haven’t had high hopes for Infinite Warfare, but I wanted to give it a fair shake. This beta seemed to be the perfect opportunity. 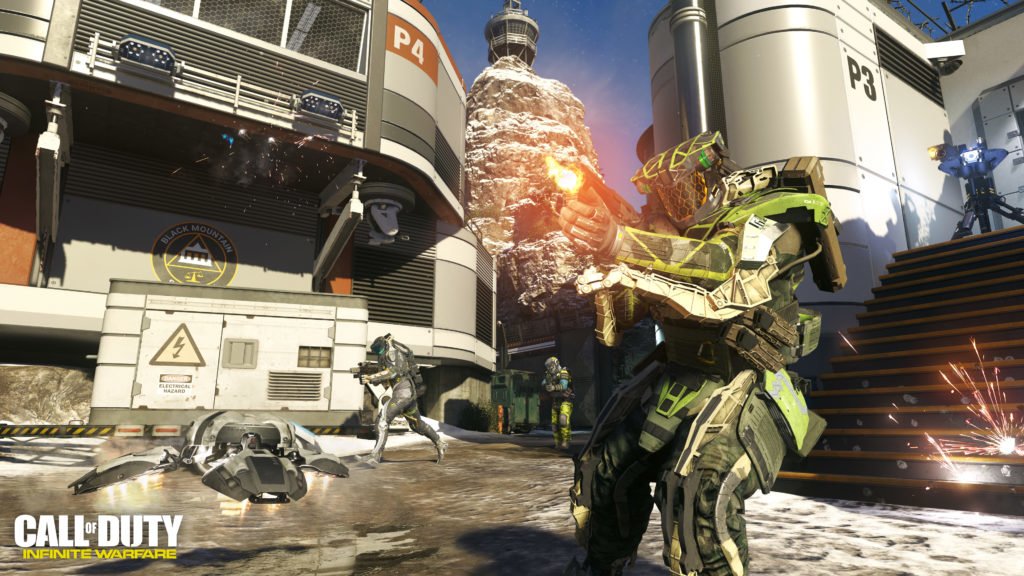 There are jetpacks to double jump and you can wall-run, but the focus isn’t as heavy as the past two games so far. Mostly, the matches were played on the ground like a classic COD…minus the robots and power sliding everywhere. The newest changes are the concept of combat-rigs. They’re like the specialists from Black Ops III and they each have their own unique ideas behind them. You can customize them however you want, but their ultimate ability sticks to their core concept.

In the beta those ultimate abilities didn’t seem to add much to the game, but I only messed around with the baseline abilities. I got a machine gun that has bullets which ricochet off walls or my robot hands turned into two small machine guns. In the end, I was still just shooting a gun. I did see some robot running on all fours…that was interesting.

The few maps I had access too seemed okay, but they were a little convoluted. Infinity Ward has a habit of making their maps needlessly complex. I can’t say that for sure yet. It’s way too soon to tell. The maps mostly focused on close-quarters in the beta. They seemed like they were designed without the idea of jetpacks at all, but maybe that’s just me.

I liked the game mode Frontline that seems to fix the usual spawn-killing problem in COD. It spawns you in the same area throughout the match, but gives you a health boost while you’re in your base. Enemies that invade your base will be outlined so they are easier to kill. I love this idea. No longer is everyone running around like crazy when you are spawned in random spots. Now, you are always pushing in one direction and teams are battling back and forth. It keeps it less chaotic and I always can get behind less spawn-killing.

The main focus on gunplay seems to be back on fast-paced SMGs or quick-scoping with snipers. Again, this is all very, very early guessing. It’s hard to say how the preferred guns and perks will be at this early stage. 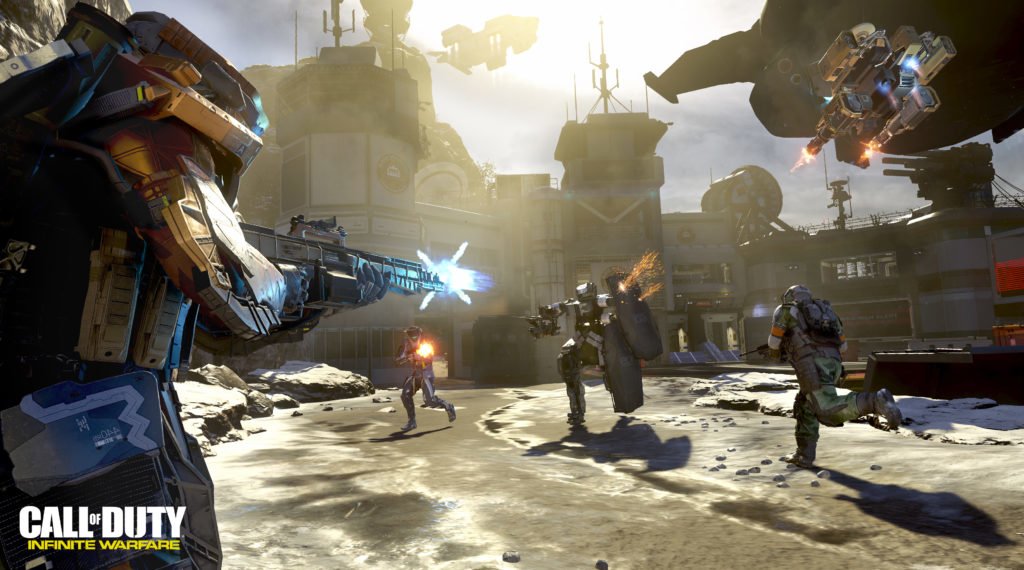 I will admit I didn’t play it as much as I should have, but that’s only because from match one I wasn’t having any fun.

It’s hard to explain why exactly, because there wasn’t anything that transpired where I could point my finger at the screen and shout, “That’s it! That’s why this game isn’t fun!” People that love Call of Duty and love Black Ops III will definitely enjoy Infinite Warfare. But that’s the biggest problem right there…it’s exactly the same. Okay, not exactly, but very, very similar.

For years people have claimed that every Call of Duty is exactly the same as the previous iteration and for years I’ve been arguing that isn’t true. I can’t make that argument anymore.

Even if we just look at how the killstreaks differed in previous games we can see how different the games were. In Modern Warfare II  your kills from your killstreaks would count toward your next killstreak. In Black Ops I, your killstreaks did not do that, and you had to get kills with your regular playing. This single difference was huge in how players would strategize their style.

Modern Warfare III (which was similar to MWII on purpose) had normal killstreaks while Black Ops II switched to Scorestreaks. This was done to put more of a focus on objective gameplay instead of the kills. Once again, these single differences made each game feel vastly different from one to another.

Ghosts – what I and many consider the worst COD – did something interesting by having various kind of killstreaks called Strike Packages. The Assault one worked like regular killstreaks but the Support package allowed you to earn rewards across lives instead of being reset upon death. Once again, adding a new element that made playing very different. 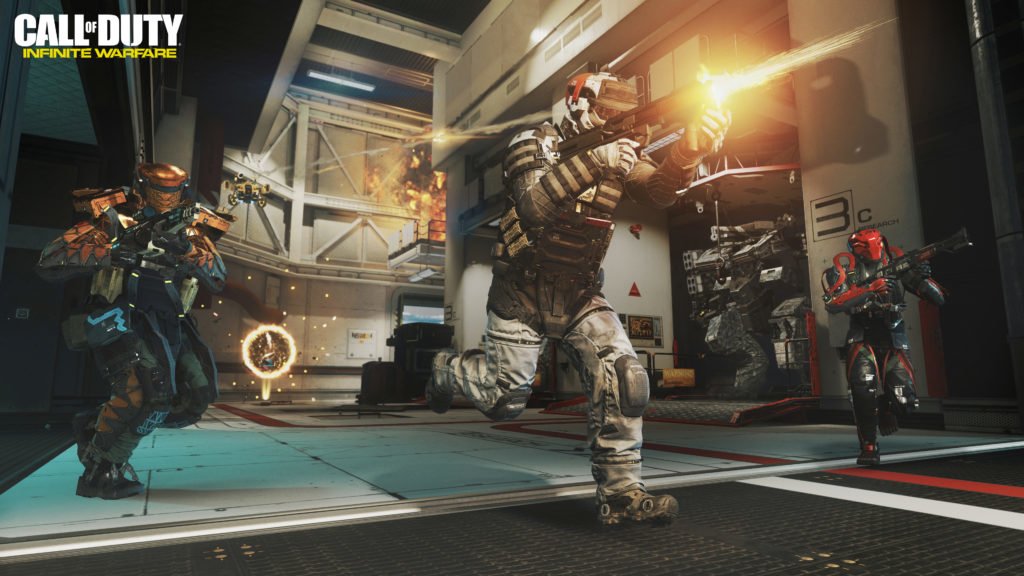 There are plenty of more examples I can list that will cause me to ramble forever because each game played differently at a fundamental level. Treyarch has always favored three-lane maps, a Pick-10 customization system, and heavy use of tactical grenades among other things. Infinity Ward normally has heavy flinching when getting a hit, a lighter feel to the movement that supports quick-scoping and drop-shotting, while also allowing campers more abilities to support themselves. The games always feel different on a visual stand, sound design (Advanced Warfare has the best), and the core gameplay. And that isn’t even counting the major changes each game has which really set them apart.

Advanced Warfare adding jetpacks and Black Ops III having the specialist bonus were major changes for COD. So how come in the latest game we have jetpacks, specialist bonus, loot box systems, scorestreaks, pick-10 system, and everything else all mashed together from previous games.

On paper it’s very clear what’s happening. Everything that was reacted to positively throughout Cod history is being thrown into one game. But, even good things get boring if there is no advancement or real change. I can no longer say COD feels different game-to-game.

Advanced Warfare, Black Ops III, and so far, Infinite Warfare feel like the same game…except Infinite Warfare feels worse. Maybe that’s because it’s the third game taking place in the future and I’ve grown used to how the future technology plays. Maybe it’s because I’m getting a heavy Ghost feeling from the beta and that’s never good. Regardless, once again we have robots, super-suits, space battles, and crazy technology on the surface of the game, while underneath we have gameplay that feels mashed together from previous games.

Battlefield 3 & 4 felt pretty similar and while both good games, BF4 took some flack for not doing anything that new. Assassin’s Creed was starting to have the same complaint. Year-after-year it was constantly being labeled as the same thing in a new environment. Now we have Battlefield 1 which has a very different style while still feeling like a Battlefield game. Assassin’s Creed isn’t being released yearly anymore to hopefully make some dramatic changes. Call gamers spoiled, but even if a game is good, there still has to be some progression or difference from the previous iteration or the series will grow tiresome. 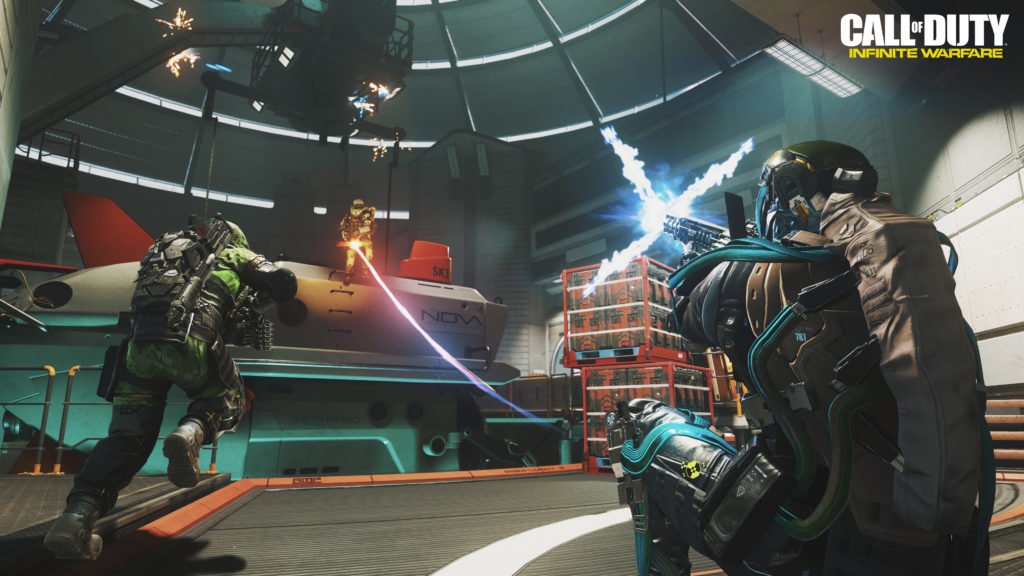 Infinite Warfare doesn’t feel new in any way. There are very small changes, but it feels like a worse Black Ops III. I feel like COD keeps putting things in the future to invent crazy gadgets, weapons, and classes. Nothing sets Infinite Warfare apart or makes you say to yourself “now that looks like a great addition.” Black Ops III and Advanced Warfare had their own faults, but at least they tried their own way to change the system (AW added jetpacks and Blops 3 added specialist). Infinite Warfare doesn’t add anything. I felt like I was playing a DLC for Black Ops III. If I had to pin it with a comparison to previous games, I’d say it feels like Ghosts’ gameplay with some Black Ops III traits (that may make sense to longtime COD fans).

Now remember, I’m basing this off the multiplayer beta which is a very small portion of a big game. Maybe the campaign is amazing and the multiplayer will really open up. I could be completely wrong, it happens. But frankly, I don’t see it. Some people will love this game and I’m not saying it’s completely broken or needs to be fixed. It definitely needs more in my mind, and it’s why I plan to sit out this iteration of COD. Everything I’ve seen about Infinite Warfare has unimpressed me so far. Now that I’ve played the multiplayer, I’m not just unimpressed, but worried about COD dishing out rehashed ideas because they know it will sell well no matter what.