The PlayStation Vita’s debut showed a handheld that had a confused focus; first debuted as console quality on the go, the failed messaging had the Vita change focus into somewhat of a melting pot. While it’s mostly hosted indie titles, the Vita is also a fairly popular host to fighting games. Mortal Kombat, Injustice: Gods Among Us, and Ultimate Marvel vs Capcom 3 have all appeared on the Vita, and another solid fighting game joins the fold with BlazBlue: Chrono Phantasma.

BlazBlue is your typial fighting game complete with most tropes found in hardcore fighting games. Chaining together long combos will be your greatest success in play, and timing your “Overdrive” specials to turn the tide of battle by increasing attack damage and speed is a satisfying addition to the series, which sees it’s fifth overall release with Chrono Phantasma.

The controls are super tight, which helps aid the ability to both start and escape combos. Characters have a good weight to them, and it features a nice balance of strategy between moving and striking at precise moments. Learning how to chain a combo is easy, but being able to apply that in battle with success takes time and practice. Chaining combos in BlazBlue was easier for me than in most fighting games, because the game doesn’t rely on incredibly long, impossible to memorize button combos for moves.

I’m not the best fighting game player, but BlazBlue offers an incredibly in depth training mode which details all the little fighting game components that sometimes get lost for unskilled players, like myself. The training suite has a step by step selection of basic moves, to very advanced combo making, and it’s easy to follow process. I loved being able to train so specifically, and while it’s been done before, I’ve never had a training mode so in depth and friendly to learning fighting game players. 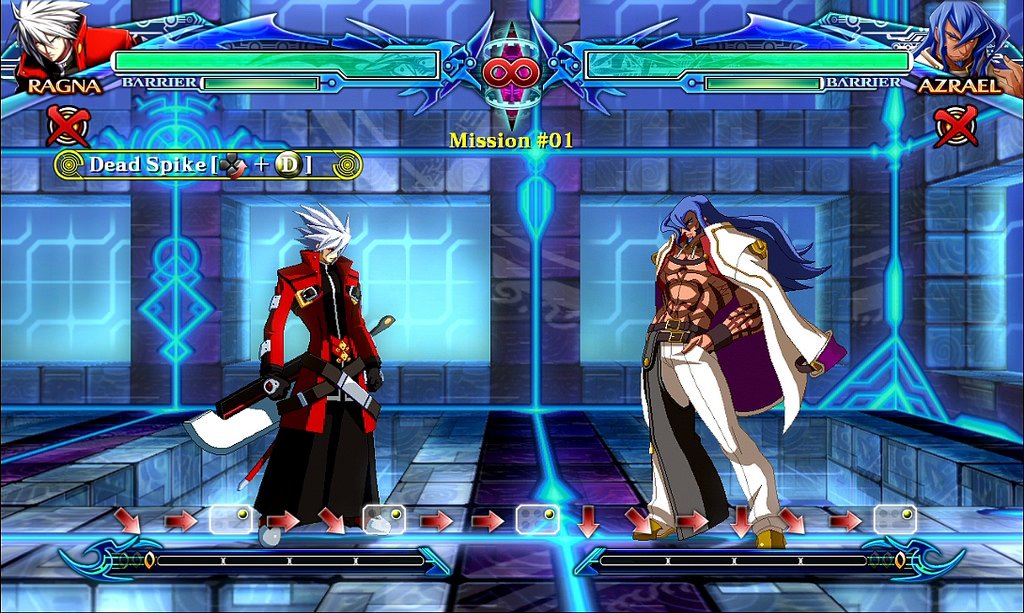 When getting into your first match, you might immediately be taken aback by the absolutely breathtaking hand drawn visuals in BlazBlue. In a time where most fighters are slightly different stylized 3D animations, the refreshing discrepancy is a much needed break from the norm.

Character attacks pop and colors jump right off the screen. BlazBlue’s visuals really add a nie quality touch, and every new character special I saw was a treat for the eyes, because they often had such detailed intricacies about them, that I was simply marveled.

There’s a healthy selection of fighters offered – 23 right out of the box – and each character has a distinct fighting style. If you prefer an up close and personal fighter, a character like Ragna, with his short reaching but powerful attacks, could suit you perfectly. A character like Haku-Men, with his extremely long katana, is great at poking fighters and dealing damage from far away.

I personally had never experienced any BlazBlue story, so I was initially excited to experience it for the first time. To my unfortunate surprise, once I booted up the story mode, the only button I pressed for almost 30 minutes was X. Though there as a slick animated opening, it soon degraded to simple text conversations between various poses of the story’s characters. When there are fights, they’re few and far between. While some are bunched together, you’ll then be greeted by even more text, and the story just isn’t paced well enough to keep the excitement level high. When there is a fight, it’s just one round, and then it’s right back to the seemingly endless walls of text. As someone not familiar with the universe or the characters, this was a poor way to introduce them to try and appeal to those just entering the franchise. 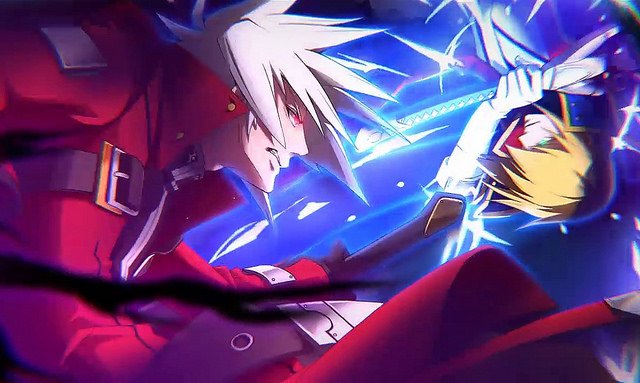 Not all of the story is as slow as previously mentioned. There are some segments filled with many fights, and even some great fully animated cutscenes. This only puts into perspective how sad it is that the entirety of the story mode isn’t structured like this. The story mode may disappoint, but fortunately there are some highlights that can liven up the experience.

Not aiding the story is the characters that inhabit it. While they seem overflowing with personality, each conversation seems forced, and no dynamic really has a unique feel to it. Most character designs look like a mash up of every anime you’ve ever seen, and few characters look unique and have the personality to set them apart. Fighting games rely on featuring lineups of interesting and iconic characters, but BlazBlue doesn’t seem to feature a character worthy of notoriety. It may seem a bit nit-picky, but the absence of intriguing characters only drags down the interest of the story.

BlazBlue: Chrono Phantasma is a solid fighting game featuring stunning artwork and solid mechanics, it’s just a shame that the story mode and characters can’t be as lively as the atmosphere of the game.

This review is based on a review copy of the PlayStation Vita version of the game BlazBlue: Chrono Phantasma by Arc System Works.