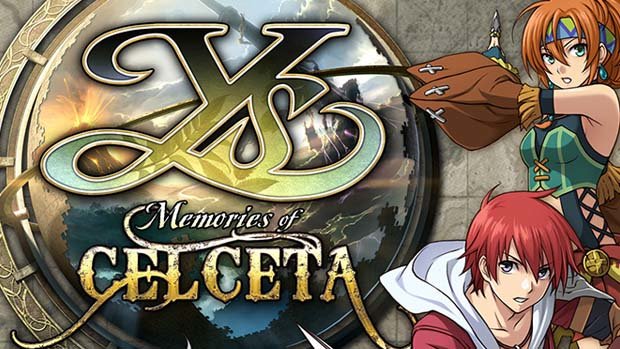 Sometimes U.S. gamers are left out of some excellent Japanese RPGs that are never localized. Luckily this time around, we’re treated to an incredible RPG with Ys: Memories of Celceta, a sequel to the popular Japanese series, and an exclusive to the PlayStation Vita.

Ys follows the journey of Adol Christin, the main character of the Ys series, who is suffering from amnesia, and he can’t recall much of anything. After encountering his friend Duran, they set out on a quest to map out the mysterious forest of Celceta, and to recover Adol’s lost memories which are littered throughout the entire forest from where he came.

The story in Ys is serviceable, and while it isn’t bad, it isn’t that good, either. The story is told through your main journey, as well as flashbacks when collecting memories. While the story can have interesting arcs, it fails to expand into anything memorable. 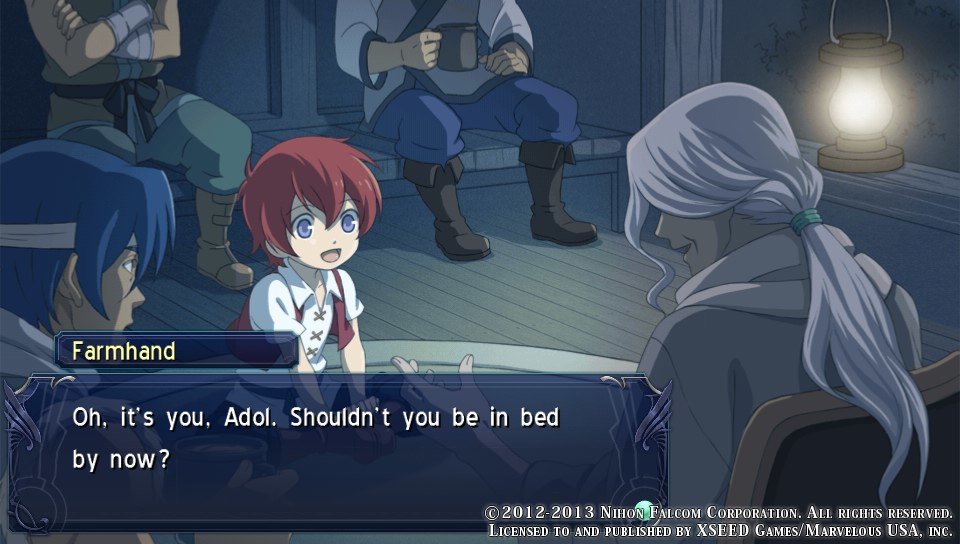 Adol’s memories offer clues into his past

Great characters litter Ys, and their personal narratives and journeys create story threads that are arguably more interesting than the main story, itself. The colorful characters are somewhat necessary, as Adol is a mostly silent character. Ys attempts to add some dialogue choices that you can choose for Adol, but they feel inconsequential, as no matter what you choose has little – if any – impact on the overall story arc or relationships with characters.

An odd aspect of Ys is its sporadic voice acting. Sometimes, characters will be fully voiced, and other times it is only text. Sometimes, even in the middle of a dialogue between characters, a character will randomly have full voice acting, and then it will disappear. During one section, I was reading Duren’s dialogue with another character, and that other character had only text, then their next line was spoken, and then their line after that went back to text. It isn’t necessarily a bad addition, but it’s bizarre that the included voice acting is seemingly random, and is used at moments that don’t necessarily need them, instead of using them for emotionally high points in the story. It adds an uneven feeling to the story’s presentation, and makes me wonder why they were included in the first place.

One of the first noticeable faults of Ys is that it isn’t that impressive, visually. When you’ve seen titles like Killzone: Mercenary and Uncharted: Golden Abyss on Vita, it’s definitely disappointing to see the game not use the Vita’s full potential. Character models are incredibly pixelated, and the environments are generally lacking any splendor, which makes every area feel admittedly bland. That being said, there are great background vistas that are impressive looking, and help sell the atmosphere of some locations found in Ys, but these are still the visuals you’d expect in a PlayStation 2 game – not a Vita game. 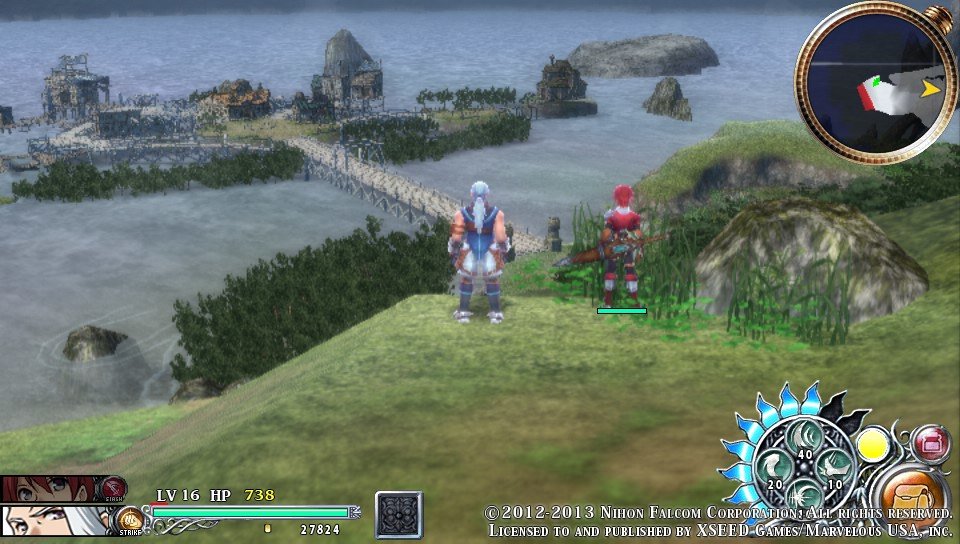 Visuals are generally unimpressive for Vita

The combat in Ys is fairly simple, but its approachable nature makes the game’s combat addicting and more importantly fun. There isn’t any in-depth combos that are necessary to memorize, as most of the game relies on hack and slash-type combat, but it allows the player to approach its initial simplicity of basic and special attacks, which the latter is done by holding down the right trigger and pressing the corresponding face button of the special attack you want to unleash. Each character also has a ultimate attack, which can only be used when the meter for the ultimate attack is filled.

You can dig deeper to become a combat master with blocking and evading at precise moments. Playing on easier difficulties, you may be able to progress through most of the game without evading or blocking frequently, but the damage-nullifying bonus from a perfectly timed evade or block is absolutely essential for harder difficulties, and can turn the tide of any battle. Pulling off a perfectly time block or evade, which the game calls a “flash” version of either move, isn’t just rewarding with its attack and defense benefits; it also makes you feel like a bad-ass. It reminds me of dodging in the matrix, but obviously on a much less cinematic level.

Your party members, which you can have three of the six out at any time, all have one of three special attack types: strike, slash, and pierce. If you touch an enemy on the touchscreen, it will reveal its weakness – if it has any – which you can then change to a character with that attack type to take down the enemy with haste, though you can still kill that enemy with any character. 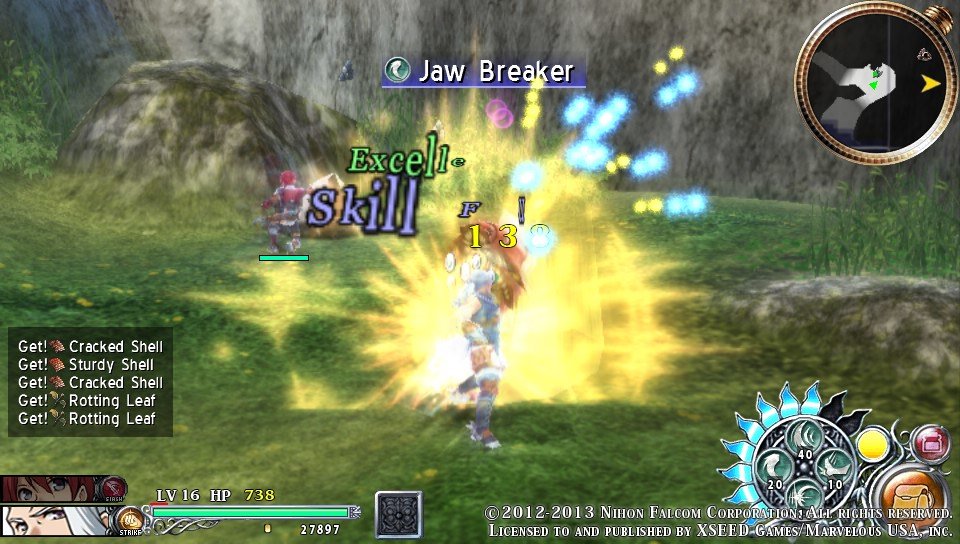 Combat is fast, fun, and rewarding

Ys‘ combat with basic enemies is already rewarding, but the true pleasure comes from its excellent boss battles. The bosses in Ys have a classic gaming feel to them. You don’t have to hit them three times when you have an opening, and you don’t have any disappointing gimmick inside these boss battle. Ys take the combat from the game, and they present you with a challenge to really test your combat skills. Bosses will have their telling attacks which you can read and react to, but your timing has to be quick, and your reactions have to be quicker. It offers a perfect balance of being challenging while still being fair, and its ability to adhere to the basic combat rules is welcoming. Whenever I failed a boss battle, I felt it was my mistake, and it never seemed like the game had cheated me in any way.

Ys’ story takes about 20 to 25 hours to complete, but the game has a new game plus mode where you can carry your progress, items, and level to a harder difficulty. Also offered is a boss time attack mode where you can fight the bosses found in the single player at any time. If both of those haven’t given you enough to do, there’s always collecting all the treasure chests, memories, and exploring every crevice of the map that will net you trophies, for all my fellow trophy hunters out there. 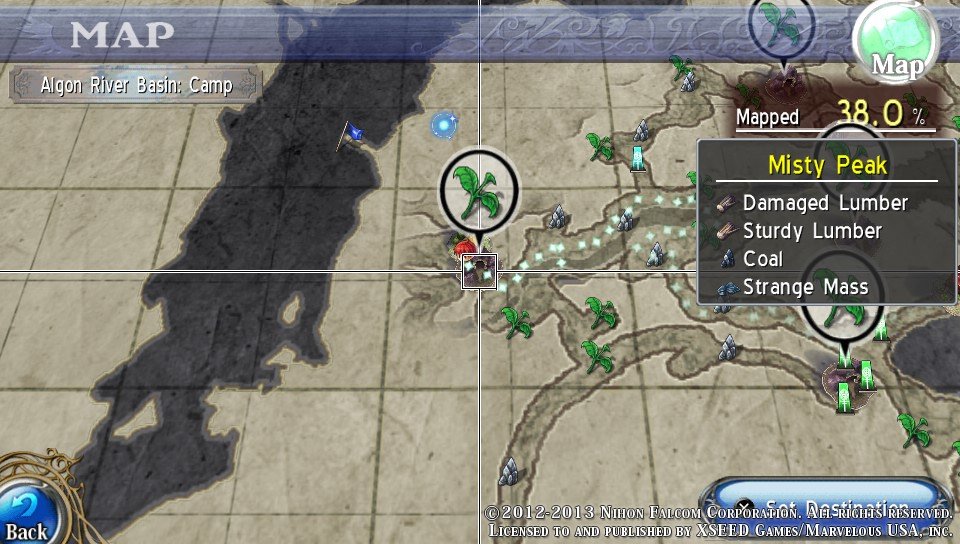 Ys: Memories of Celceta isn’t just the best original RPG to release on Vita; it’s one of the best games on the system, too. While the dated graphics, sporadic voice-acting, and somewhat silly story stop it from achieving something truly marvelous; the fast-paced combat, likable characters, and challenging bosses truly shine and makes Ys a compelling package worth sinking your teeth into.

This review is based on a review copy of the PlayStation Vita game Ys: Memories of Celceta by Nihon Falcom Corporation and distributed by XSEED Games.

Did you like this? Share it:
An Unforgettable Journey | Ys: Memories of Celceta Review
Positives
Negatives
8.5Overall Score
Reader Rating: (0 Votes)
0.0