Only in the Witcher could I find myself exploring spider caves looking for a monster terrorizing a vineyard, stopping a monstrous murderer from claiming more victims, riding a unicorn underneath a rainbow, and having sex while floating mid-air. That isn’t even all that strange to true Witcher fans. It only proves that The Witcher III: Blood & Wine does what the Witcher series has always done best: be absolutely serious while still having plenty of fun. Blood & Wine is the final installment in the Witcher saga possibly forever. That means there’s a lot riding on the last expansion this universe could ever see. I couldn’t have been happier and more melancholic playing as Geralt for the final time. 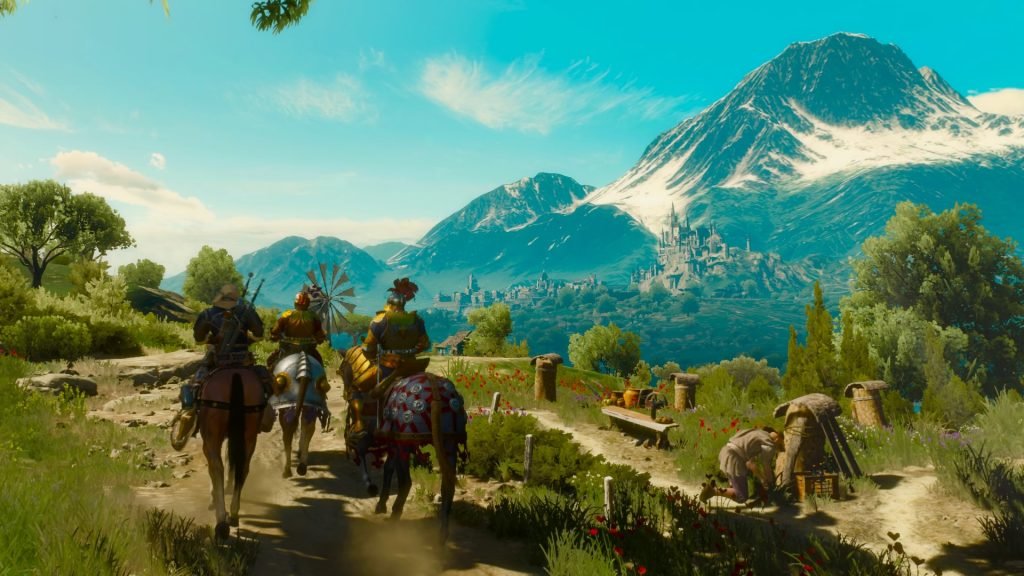 On this adventure, Geralt is requested to come to the aid of Toussaint. A fairy-tale like land that takes its inspiration from Southern France. It’s a beautiful country that is untouched by the war scorch Valen. Valen is plagued with swamps of dead bodies and decimated villages, but Toussaint is filled with people manning vineyards and having merry festivals populated by over-the-top knights.

It’s such a jarring difference from the main Witcher III that I found it highly entertaining every time Geralt made fun of them. I was right there along with the Witcher as he scuffed at the foolish sounding knights declaring their bravery for a ‘fair lady’ or vowing to vanquish an evil foe. Even the way they spoke was so exaggerated it only furthered the foolishness of the country. I was expecting to be slapped by a gauntlet at any moment. The Witcher had seen real war and death. This makes Toussaint seems like a complete fairytale.

Even in its foolishness, Toussaint is breathtakingly gorgeous. Valen had some pretty landscapes, and Skellige was beautiful as well. They can’t compare to Toussaint. I logged up over a hundred screenshots as I journeyed around this beautiful area. The land was wide and vast with deep and rich colors. The main castle looked like it was plucked out of children’s book the way it was set gingerly atop a hill. It only fits the narrative of a land untouched by war, but on a simple gameplay standpoint, it was absolutely beautiful to explore. 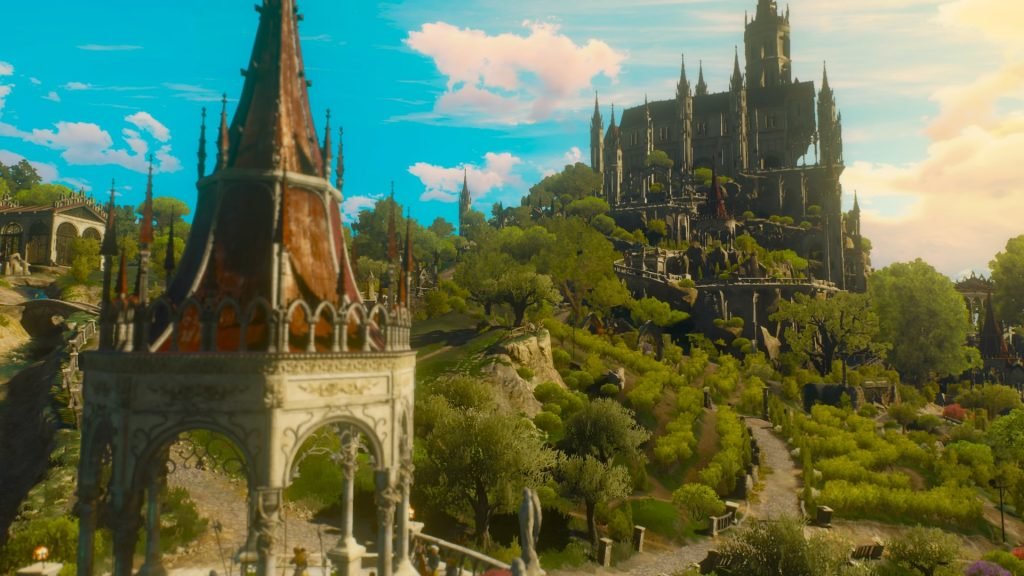 Geralt is called to such a wonderful land because there has been a series of murders. A beast is doing these unspeakable horrors making it a rather strange occurrence. Naturally, all the knights proclaim they will destroy the beast, but their delusional bravery isn’t up to the task. That’s why a professional Witcher has come to do what they do best: hunt monsters. It isn’t the best story out there, and the dramatic conclusion didn’t hit me as much as I thought it was going to. I found it a little predictable, but there are multiple endings so be careful as you play through the story. I won’t say anything more to avoid any spoilers, but it goes without saying that it isn’t as simple as it first seems.

You are introduced to new characters in Blood & Wine and they all are generally interesting. It’s something I’ve come to expect from CD Projekt Red, and once again, they prove themselves expert storytellers. Book readers will recognize these characters, but even if you haven’t read the book, you will learn to appreciate them. Anna Henrietta is the duchess of Toussaint and intrigued me from the very start. She wants the best for her people and she’s not afraid of danger. Yet, I could tell there was a dangerous side to her and the few times it is revealed reminded me to chose my words carefully around her. 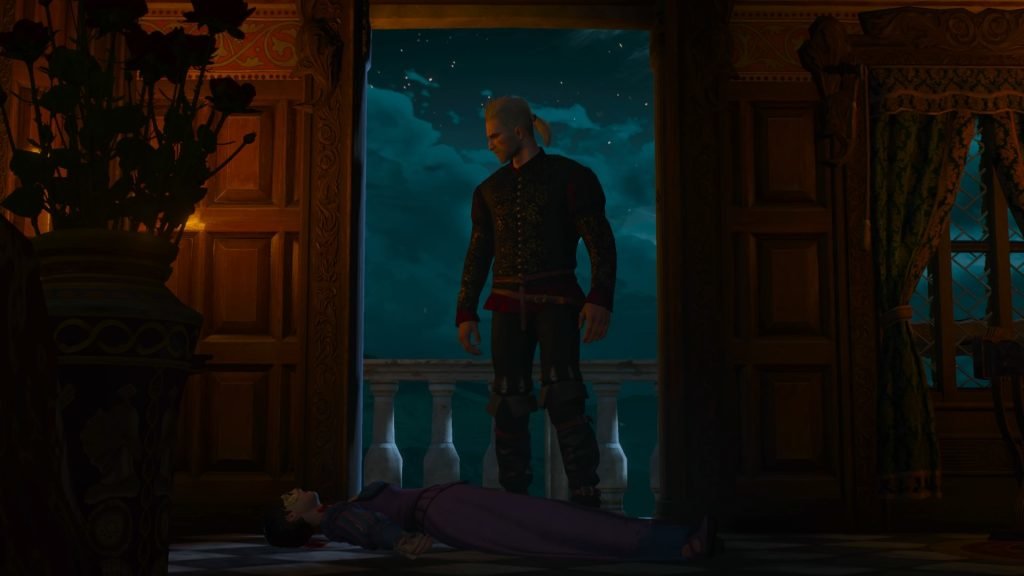 I won’t compare the story to The Wild Hunt but it can definitely stand out on its own. It has its ups and downs with plenty of twists. The story doesn’t only give justification for Geralt to enter a new area to explore, but it fits the overall tale of The Witcher. It’s not so much an add-on but another piece to fit into Geralt’s journey. It’s clearly a way to say goodbye to the Witcher just like Uncharted 4 was a way to say goodbye to Drake. The story is solid and something all Witcher fans need to experience.

This is only strengthened by the amazing side quests. I won’t go into detail on any of them because it will only ruin what makes them so incredible, but there are a few that had me captivated from start to finish. Deep side-characters add grounded reasoning to completing them instead of predictably gaining some item to make your gear better. There are still treasure hunts to find better gear, but nothing beats breaking a curse on someone after hearing their heartbreaking story. It enriches the world and strengths the immersion to really pull you in and never let go. It’s why the Witcher has always been such a strong world and Blood & Wine doesn’t let you forget it. 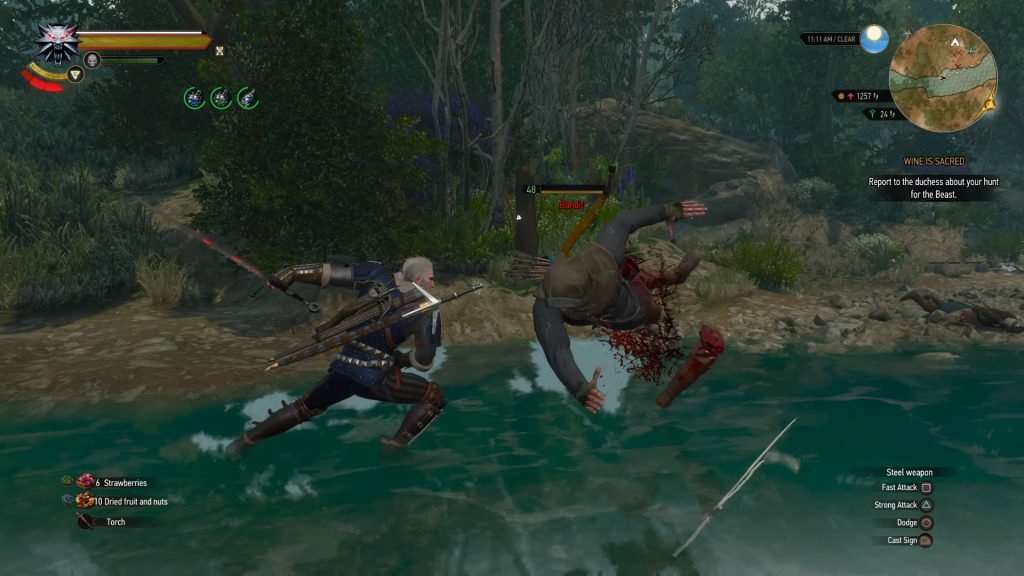 Putting aside all the narrative elements the gameplay makes a successful return and is better than ever. Everything you loved in the main game is present but with welcomed additions. You can unlock mutations now and they breathe a little more life into your undoubtedly OP Geralt. You can add a little freezing element to Aard or increase the damage of your physical attacks for instance. They also unlock more skill slots so you can finally have more than 12 skills activated. It makes a little difference in the long run but it gives you more wiggle-room to mess with your skills.

The entire user interface has also been reworked and is better than ever. It was always a little cumbersome before and heavy to navigate. There can still be some lag but moving through all the sections is smoother than ever. It’s really worth mentioning in this review because it’s just one of the many small tweaks CD Projekt made to ensure Blood & Wine was the best version of the Witcher you would play. I firmly believe it is, even if the adventure itself is not the greatest Geralt has ever faced.

Blood & Wine even gives Geralt a vineyard to customize and upgrade. I’m not sure what it is about giving gamers a house to decorate but we all go crazy over the option. You’ll have to dump a lot of coins but you can upgrade your house which comes with some nice benefits. Like a garden filled with alchemic herbs or a stable where Roach can get a stamina boost. You can hang paintings and armor throughout the building. I wasted far too much time decorating my armor stands with the flashiest gear I could find. The added feature of being able to dye armor only made that even more addicting. 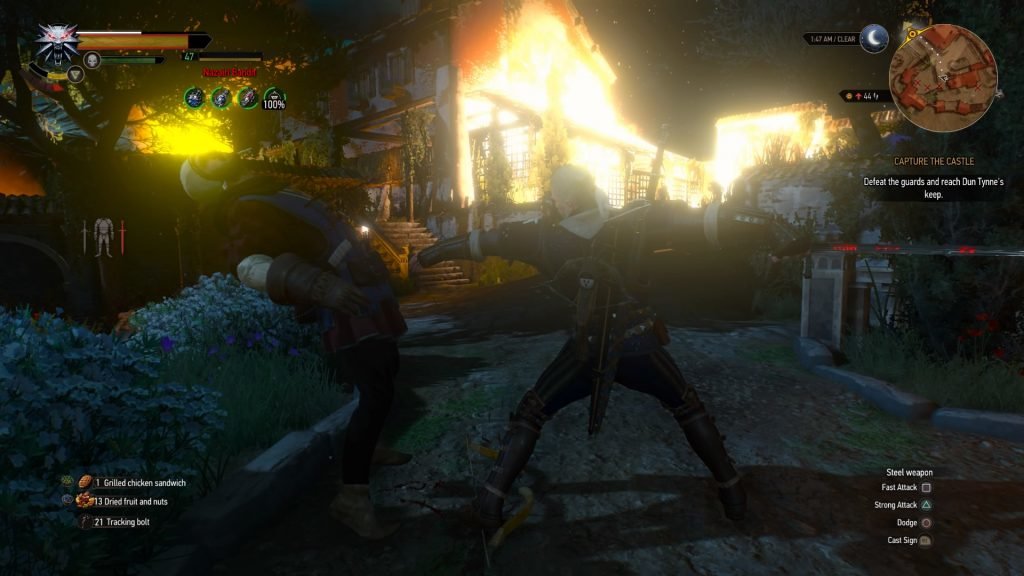 Make no mistake, this is Geralt’s last adventure. Unless way down the line we are shocked by some new game, there is currently no plan for one. This makes Blood & Wine seem a little underwhelming considering Geralt already saved the world in his last adventure. Then again, that’s really the point of Blood & Wine.

Toussaint isn’t having a battle for the world, but a small murder problem. Compare that to Velen, where people are murdered left and right, and it doesn’t seem like that big of a deal. But it’s more about Geralt himself. A brilliantly crafted side character (who’s name I won’t mention for fear of spoiling his spectacular entrance for book reads) constantly asks Geralt what he would do if he wasn’t a Witcher. It’s a touch of philosophy the Witcher has dealt in before, but this time, its sole focus is on Geralt.

This is how I viewed Blood & Wine as a whole. On the surface, it’s a wonderful expansion. It’s fun, there is lots to explore, new skills to learn, and more stories to uncover. The story is entertaining, but not nearly the best story told in the Witcher series. After its dramatic climax ended I was left a little underwhelmed. But that wasn’t the real story I cared about anyways. 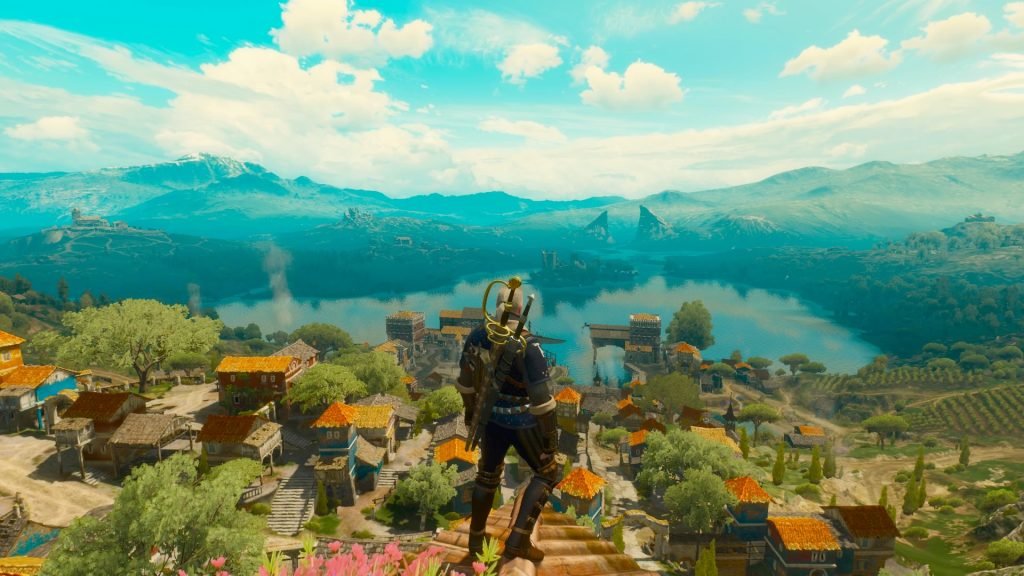 The true story being told is the goodbye to a character people have loved for years. A goodbye that I think was executed masterfully. I consider Geralt to be one of the greatest fictional characters created and setting him aside will be tough. At the very least, we are left with this massive expansion in a beautiful land to keep him around just a little longer. After all, there was that cave I rode past earlier…I wonder what was in there…

This review is based off a retail copy of the Playstation 4 version of The Witcher 3: Blood and Wine developed by CD Projekt Red and distributed by Warner Bos.